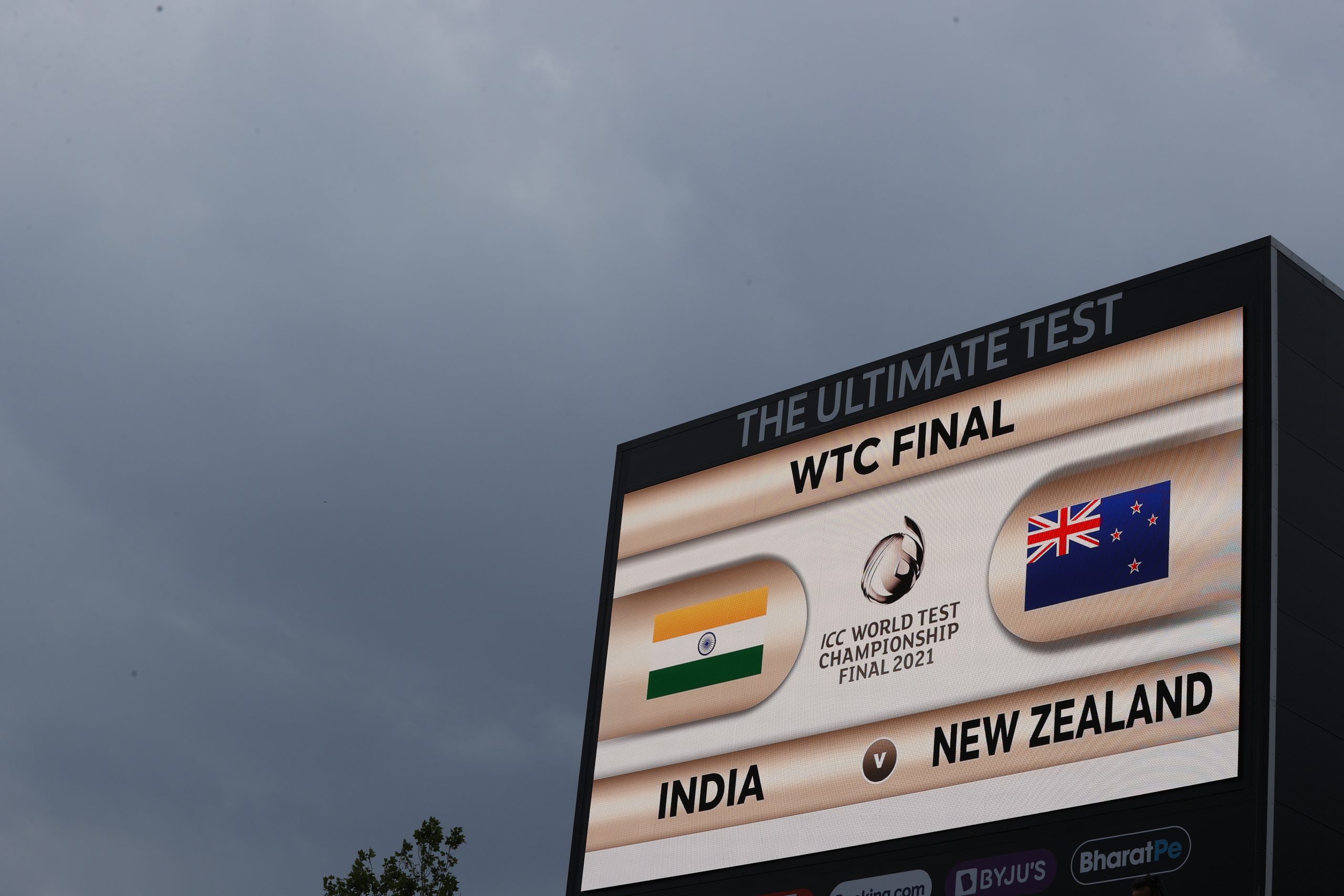 A general view of the big screen at Hampshire Bowl, venue for the WTC final. (Reuters/John Sibley)

INDIA face New Zealand in the inaugural World Test Championship final at the Hampshire Bowl on Friday (18), a clash that have a potential to impact cricket’s popularity globally.

New Zealand are battle-hardened thanks to a 1-0 series win against England completed on Sunday with a dominant eight-wicket win at Edgbaston after a draw at Lord’s.

The Blackcaps, who won in Birmingham despite making six changes, are set to welcome back captain and star batsman Kane Williamson and pace spearhead Tim Southee.

India on the other hand have named their playing XI where they have picked spinners Ravindra Jadeja and Ravichandran Ashwin to make up a five-man bowling attack.

Many cricket fans around the world would be happy to see New Zealand, a country with a population of around five million, compared with India’s 1.3 billion, win a major global title after their agonising Super Over loss to England in the 2019 World Cup final at Lord’s.

There is also widespread admiration for the way a well-balanced side has made the most of slender resources.

In the lead up to the final, India have not played a competitive game since the end of March and have had to make do with an intra-squad practice match while undergoing quarantine.

But they proved their strength in depth when an injury-hit side recovered from the humiliation of being dismissed for 36 in the first Test in Australia to win a four-match series 2-1 with a sensational chase in Brisbane in January – and that without inspirational captain Virat Kohli.

With Kohli now back in charge of a side that also features Rohit Sharma and Ajinkya Rahane as well as Ashwin, with a pace attack led by Jasprit Bumrah – India will definitely take the field to emerge as champions.