Meanwhile, Roshan has commenced the first shooting schedule of his much-anticipated film Fighter. 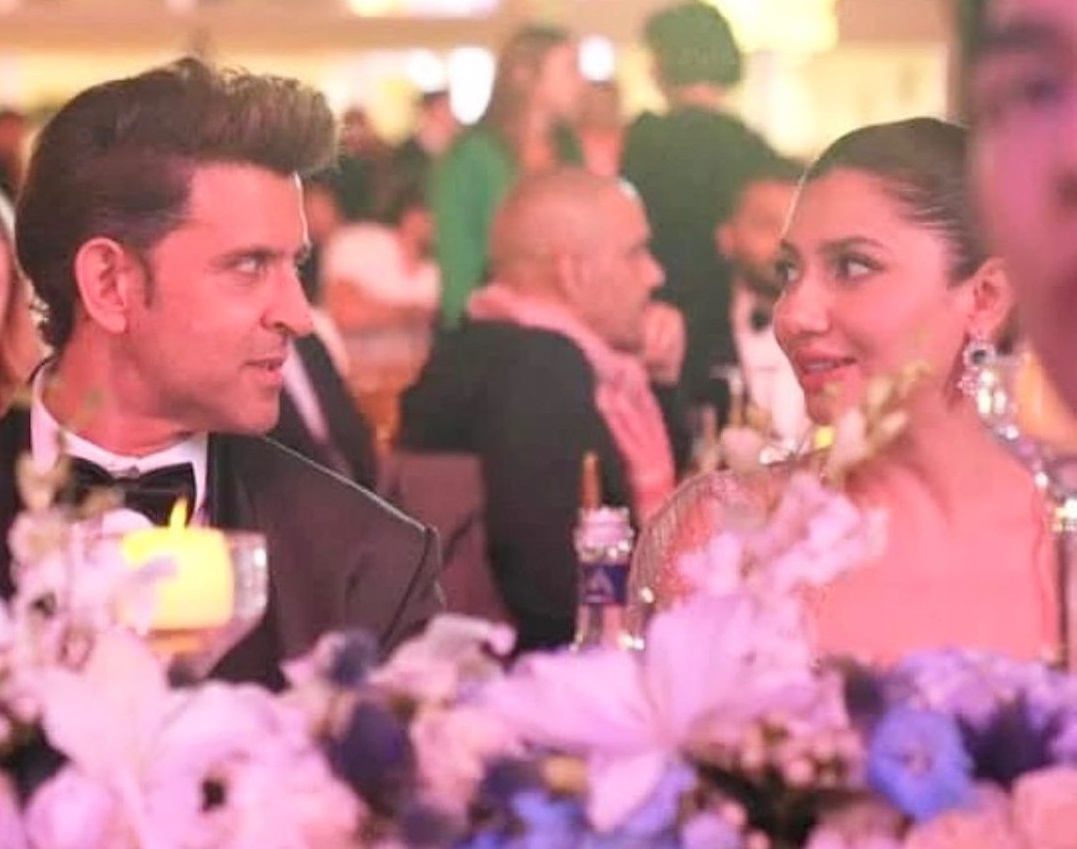 It seems celebrities from all across the world are headed to the ongoing Red Sea International Film Festival in Jeddah, Saudi Arabia. We have seen a number of Bollywood celebrities at the festival over the past few days. Some of them include Shah Rukh Khan, Akshay Kumar, Priyanka Chopra, Saif Ali Khan, and Kareena Kapoor Khan.

The latest Bollywood star who has been spotted attending the festival is Hrithik Roshan. The superstar made several heads turn in his dark grey suit at the event. However, it is his candid photo with popular Pakistani actress Mahira Khan that has set the internet on fire. Both actors can be seen seated together and chatting in the photo which has garnered thousands of comments and likes on social media.

Mahira Khan has been giving major fashion goals with her sartorial choices for the event. On Wednesday, she dazzled in a royal blue one-shoulder gown. She looked all things gorgeous as she chose the blue gown and minimal accessories.

Meanwhile, Hrithik Roshan has commenced the first shooting schedule of his much-anticipated film Fighter. The film is being directed by Siddharth Anand, who is presently gearing up for the worldwide release of his eagerly awaited action thriller Pathaan with Shah Rukh Khan, Deepika Padukone, and John Abraham. Fighter will also feature Deepika Padukone and Anil Kapoor in lead roles. The film will mark Roshan’s first outing with Padukone. Fans are quite excited to see them together on the screen for the first time ever.

On the other hand, Mahira Khan was last seen in the blockbuster The Legend of Maula Jatt with Fawad Khan. The film has smashed several box office records across the globe and has emerged as the highest-grossing Pakistani film worldwide.