Theranos trial: Who is Ramesh Balwani? 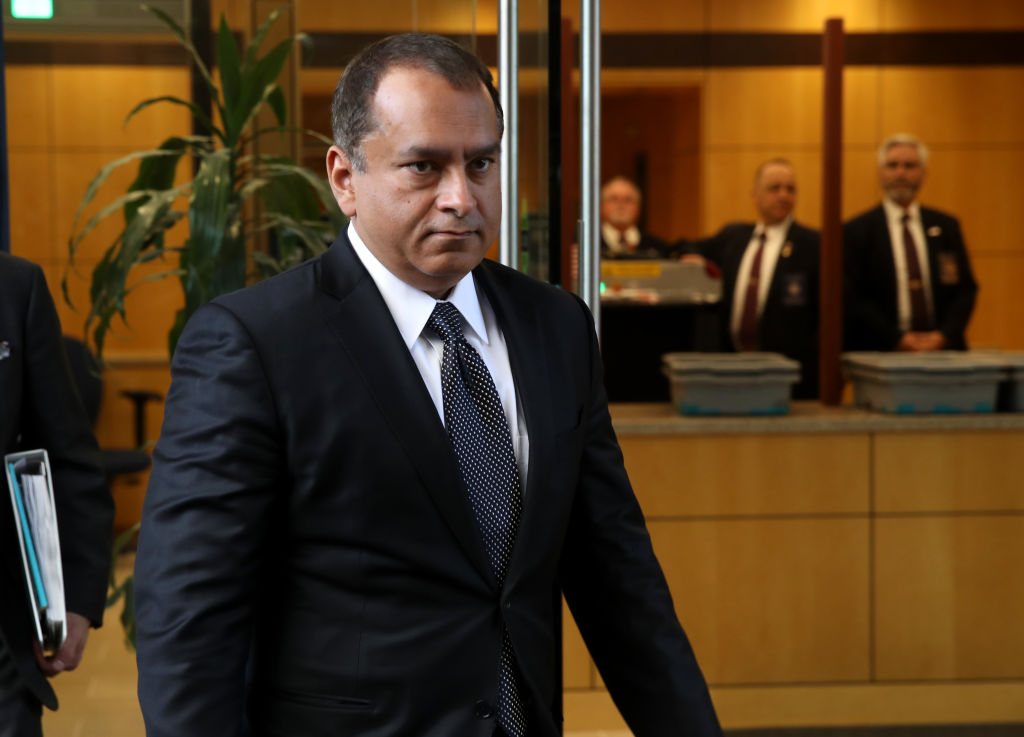 DISGRACED US biotech star Elizabeth Holmes was in court on Tuesday (31) as jury selection began for her fraud trial in a case that rocked Silicon Valley.

The latest twist in the Theranos trial is that Holmes has accused her former boyfriend, who was president of the blood-testing startup, of abusing her, according to court documents.

Holmes claims Ramesh “Sunny” Balwani abused her emotionally and psychologically in a relationship that spanned more than a decade.

But, Balwani, whose case is being handled separately, has denied the allegations.

Theranos, which Holmes founded in 2003 at the age of 19, collapsed in March 2018 when she, Balwani and the $9 billion company were charged with fraud by US regulators.

Who is Ramesh Balwani?

Ramesh Balwani was born in 1965 in Pakistan to a Sindhi Hindu family. The family moved to India, and later immigrated to the US.

In 1986, Balwani began undergraduate studies at the University of Texas at Austin where he was a member of the Pakistani Students Association. He received an undergraduate degree in information systems.

After stints at Microsoft and Lotus he helped build and sell an internet company and made $40m just before the bubble burst.

A freshly-minted millionaire, he married a Japanese artist and splashed out on cars including a Porsche 911 and Lamborghini Gallardo and a mansion in Atherton, the well-heeled San Francisco satellite where Sir Nick Clegg now lives as he spins for Facebook, according to The Telegraph.

It was on a Stanford University trip to Beijing, China, that Balwani, then a 37-year-old computer science student met 18-year-old Holmes, who was due to join the Silicon Valley institution the following year.

She did, but eventually dropped out to start Theranos and begin her romance with Balwani. He moved Holmes into his home after divorcing his wife, and in 2009, he was named as Theranos’ president.

According to The Telegraph, investors and board members were unaware Holmes and Balwani had been living together for four years when Balwani took over Theranos.

Despite the age difference and the arrival to work in different cars, employees claimed it became something of an open secret in the office.

Theranos claimed to have devised a revolutionary blood test that used very small amounts of blood. In 2015, Theranos came under criticism in the media due to its questionable claims and practices. The company was eventually forced into bankruptcy.

Balwani had no training in biological sciences or medical devices.

He was charged by federal authorities for operating the business as a multi-million-dollar scheme to defraud investors, doctors, and patients.

According to The Telegraph, Balwani’s lawyers will argue that he cannot be accused of fraud because he has nothing to show for it.

“He claims to have joined Theranos when it was on the brink of bankruptcy, investing $12m of his own money and paying himself just $1 salary and stock, which is now worthless,” the report added.