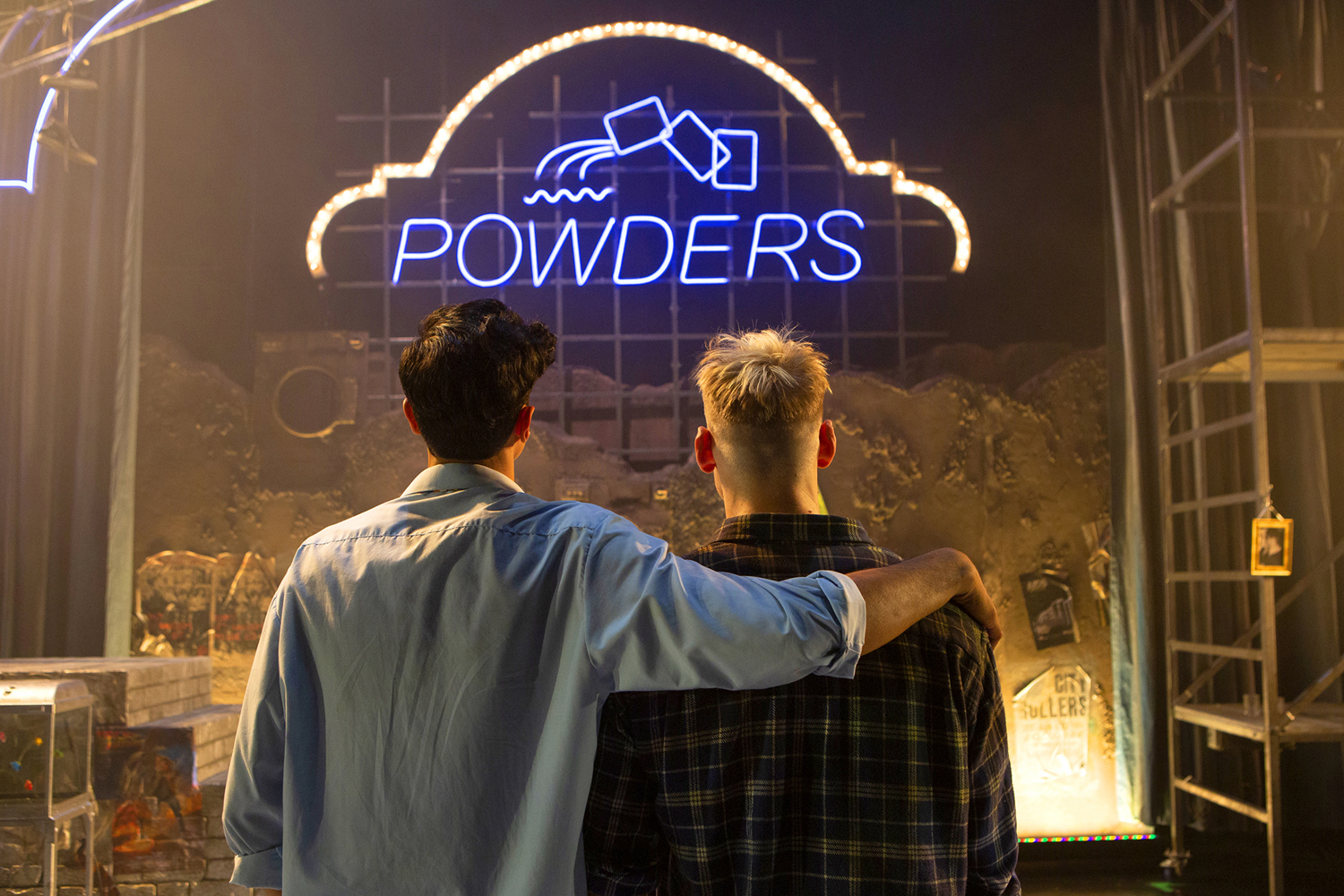 Omar Malik and Jonny Fines in scenes from the 2019 production of My Beautiful Laundrette (Photo credit: Ellie Kurttz)

AUTHOR Hanif Kureishi has claimed his critically acclaimed My Beautiful Laundrette is still “relevant to our day and age”, more than three decades after it hit cinema screens.

Kureishi made the comments following the online release of Leicester Curve Theatre’s stage adaptation of his Oscar-nominated screenplay last month. The narrative follows a young British-Pakistani man Omar and his romance with Johnny, a white working-class street punk.

Set in London during Margaret Thatcher’s leadership years, the play explores racism, nationalism and division between different communities. Kureishi said the story’s themes seemed relevant in the current climate. He pointed out the resurgence of the Black Lives Movement in recent months highlighted “how little progress we’ve made”.

“The struggle against racism needs to be renewed every single day,” Kureishi said during a digital discussion with the play’s cast and creative staff last month. “It is not something you can do once and for all – that colonisation, de-colonisation, thinking about Britain, about our history, about who we are, about who we allow in. These questions never go away (and) I would be interested to hear from young people about what they think about what it is like to be of colour in the UK today.”

Admitting that it was “odd” revisiting a script he wrote in his late 20s, Kureishi revealed it was director Nikolai Foster who encouraged him to “revisit the characters and their world”. “What I particularly enjoyed was the idea of doing it live,” the 65-year-old explained. “You never have that experience with a movie as it is the same every night, but seeing the show with a live audience and then having it tour was really exciting.”

Actor Gordon Warnecke, who played Omar in the original film, also returned to the adaptation – but this time as ‘Papa’, Omar’s father. Asked how it was to revisit the script from a paternal role, Warnecke said it was fascinating to return to a story which he had been involved with more than three decades ago. However, he admitted he thought he was being approached to play Omar when initially meeting with Foster and Kureishi.

“After about 10 minutes, I realised I wasn’t being seen for the part of Omar, but for his father, so I was a little bit put off,” he laughed. “But to revisit something I did 35 years ago was very interesting.”

The London-born actor said he did not talk about the original project during rehearsals, but instead approached it with a “fresh perspective”.

There were times when some scenes would trigger memories of his time filming the project in the 1980s, Warnecke revealed.

“At that time, I was about 22 years old so it was going back to 1984 and thinking about what I was like as a young adult then,” he said. “I’m just so happy to have been allowed to come back to this fantastic play and script that Hanif has written.”

Visit www.belgrade.co.uk/stories/watch-onlinemy-beautiful-laundrette to watch the 2019 production of My Beautiful Laundrette.