The acting Tenet of Himesh Patel 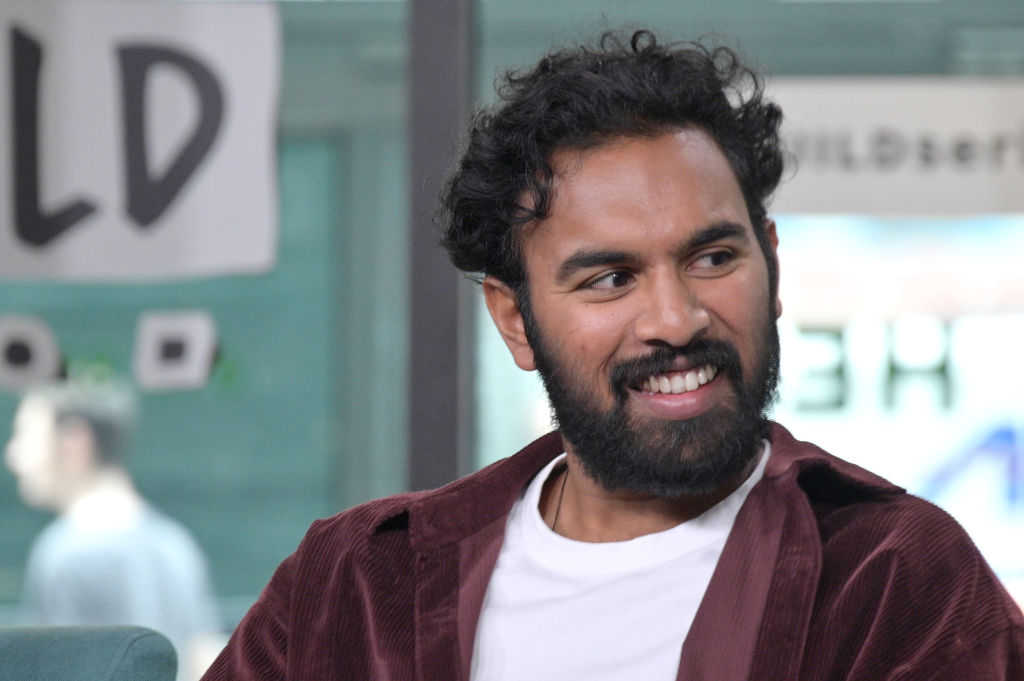 BRITISH ASIAN STAR ON HIS SUCCESS AND NEW CINEMA BLOCKBUSTER

THE last time Eastern Eye spoke to Himesh Patel was just before the release of his high-profile 2019 film Yesterday.

The successful 2019 Danny Boyle directed musical kick-started a dream 18 months that has seen him show off his impressive range as an actor in a string of high-profile international film and television projects.

The latest offering from acclaimed director Christopher Nolan is a mind-bending mega-budget blockbuster that has been shot all over the world and is drawing audiences back into cinemas after lockdown. It’s another step in the right direction for an actor who is making all the right moves and seems unstoppable.

Eastern Eye caught up with Himesh Patel again to talk about his amazing success, new film Tenet, future hopes and inspirations as an actor.

How have you coped with lockdown?
Lockdown has been alright. It has obviously been difficult for everyone. I have had a lot of friends who have struggled through it all, but it has been ok and I am just kind of trying to find the positives.

The last time I spoke to you was before your successful film Yesterday released and you have had an incredible rise since then. Have you had a chance to enjoy all the success?
Yes, I think so. It has been a real whirlwind and I am glad it has gone so well. I have got to move on to other projects, including this one, and enjoyed doing that. It’s been a busy time, so in a way the positive of having so much time at home has enabled me to take a minute and think about what has happened.

Is it a coincidence that all of your projects are so different to one another?
I did make a choice to make sure I didn’t do the same thing again and just kind of do something I knew I could. I always wanted to try and do something different with every project – make different turns and kind of challenge myself. So, it has been a choice on one level and I have also been lucky that the right projects have come along at the right time.

How did you react when one of the world’s biggest filmmakers, Christopher Nolan, wanted to work with you?
I remember auditioning and hadn’t heard anything for a couple of months, and then I got a call. I was just in central London and remember doing two circles around Oxford Circus because I couldn’t quite believe what I was hearing, that I was going to get to work with someone like Chris, which is amazing.

What was the experience of being part of a mega-blockbuster like Tenet?
It is amazing really and especially, working with someone like Christopher Nolan, because he is one of those special filmmakers who are a kind of a dying breed – filmmakers who try to do as much as they can in camera without CGI (computer- generated imagery). So almost everything you see in the movie is all done on camera, and we did it for real. So it is really thrilling to be on a set where the stakes are so high because of doing that sort of thing. Also, everyone is really excited, and you are working with someone who knows exactly how to pull that kind of stuff off. It never feels unsafe or too much, and looks amazing in the final product.

You seem to be one of the calmest person in the world, but do you feel any pressure when you are working on such a high-profile project, that too with a huge director?
Yes absolutely! I mean, you know, his films are not cheap to make. Going along with the scale and scope, as I mentioned, you are aware of how much it all must cost and there is no time to waste in a way. So you have to be on your game and know what you are doing. It is one thing to get a call saying you are being offered the part; the next job is you have to work hard and kind of repay the faith.

How does filmmaker Christopher Nolan compare to working with ace director Danny Boyle?
(Laughs) It is difficult to compare because they are two very different directors. The kinds of films they make are very different, but one thing is for sure, they are both great leaders. When filmmakers are making movies of those scales, I think they have to be great leaders and have to know their vision. And they both certainly do that.

Do you have a favourite moment in the film Tenet?
For me, it is probably the plane sequence, which I am sure people have glimpsed in the trailer. Yes, that is my favourite sequence.

Tenet has that time travel element. If you could go back in time, which moment would you want to relive in your own life?
In my life? Interesting! I think some of the earlier moments that you can’t remember when you are a really little kid. (Laughs) Just to kind of see what it must have been like for my parents and what I must have been like when I was really small. That would be kind of crazy.

As an actor, you can go back in time through your work. If you could recreate any part of history on-screen, which would it be?
I am currently very much interested in the stories of Indian soldiers in the first World War. I am reading a really great book at the moment and hoping to work with the author, and maybe create something out of that. So that is something I do want to bring to life somehow.

You are starring in projects like Yesterday and Tenet that audiences want to see. But what do you enjoy watching?
Tenet is the kind of movie I love to watch. On one hand, I enjoy big blockbusters that are really clever and challenge audiences like that, but I also really love brilliant indie movies and that kind of cinema is in danger if we don’t find a way to safely distribute the movies, and get people watching them again. There are more avenues than there have ever been to get all sorts of movies made, and we will find a way (to keep indie movies alive).

Which among Christopher Nolan’s works, apart from Tenet, has been your favourite film?
That is a very difficult question. I think I would have to say Interstellar for me. That’s because I love space travel and space movies anyway, so to see someone like Chris get his hands on that, it’s very much his kind of thing, but it was full of heart as well. It was also about a relationship between a father and daughter, which is really powerful and a backdrop to a really big story.

You seem to be making all the right moves. What is the future plan?
To keep, hopefully, making the right choices and work with some more great filmmakers. I just hope that our industry can get back on its feet and eventually when it is safe to do so, we can kind of get back to work.

Do you have a dream role?
I don’t know if I have a dream role. Maybe I don’t know what it is yet until it comes to my door. That’s the exciting thing about doing what I do and getting to do it on this level – things will just appear and you would never have known it would have existed until you are reading it, and realise it’s the best thing you ever read.

Your musical skills surprised everyone in the film Yesterday. Will you be exploring that side more?
It is not something I have thought about doing professionally, but I did enjoy it and got to keep the guitar from the movie. I play it and want to keep doing it just for pleasure. If that turns into something I want to share with others, we’ll see.

What inspires you as an actor?
There are some amazing artists out there! Not just actors, but filmmakers and artists of all kinds who are pushing boundaries, refusing to be pigeonholed and asking questions of society, our attitudes, and how we look at each other. That inspires me to make sure the work I do is of a certain quality and saying something, implicitly or explicitly, and makes me want to not rest on my laurels, and keep pushing the envelope with work.

Why should we all watch Tenet?
It is just the best movie to go see in a cinema! If and when you can safely go to your cinema to watch a film, I think Tenet is the one because it deserves to be seen on a big screen and experienced in a cinema. It is just an amazing ride and showcases what cinema can do and takes you to another world, which is what Chris does best. 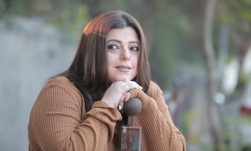 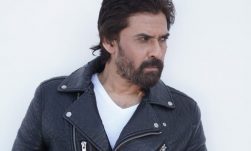 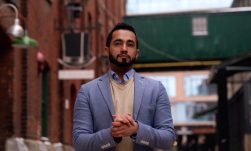