Telugu songs that were recreated in Bollywood films 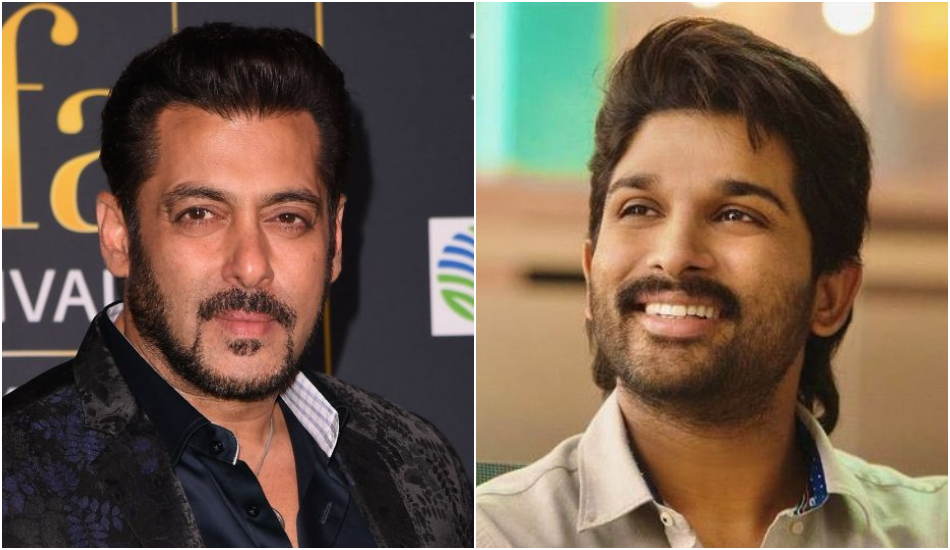 We all know that Bollywood filmmakers are inspired by South films a lot. Every year, we watch many Hindi films which are a remake of South movies.

But well, it’s not limited to remaking films. Filmmakers have also been recreating Telugu songs in Bollywood movies.

So, today let’s look at the list of Telugu songs that were recreated in Bollywood films…

Let’s start the list with the most recently released song, Seeti Maar. The song from Salman Khan starrer Radhe: Your Most Wanted Bhai was released today. It’s a recreated version of a Telugu song with the same name. The original Seeti Maar featured Allu Arjun and Pooja Hegde.

Seeti Maar is not the first song of Allu Arjun that has been recreated by Salman Khan. We are sure you all remember the track Dhinka Chika from the movie Ready. Well, that track was a recreated version of Allu Arjun’s song Ringa Ringa.

The track Aa Ante Amalapuram from the movie Aarya is undoubtedly one of the most famous Telugu songs. This one also featured Allu Arjun. The song was recreated in the film Maximum and actress Hazel Keech featured in it.

Prateik Babbar and Amy Jackson starred in a film titled Ek Deewana Tha. The film didn’t do well at the box office and received mixed reviews from the critics. But, the songs of the movie were loved by everyone. The track Hosanna which had become a chartbuster was a recreated version of the song Ee Hridayam from the Telugu movie Ye Maaya Chesave.

Saawan Mein Lag Gayee Aag is undoubtedly one of the most famous songs of Mika Singh. It featured in two movies, Woodstock Villa and Indoo Ki Jawani (Hasina Pagal Deewani). Well, the track is actually inspired by the Telugu song Choopultho Guchi Guchi. The original song was from the movie Idiot which starred Ravi Teja in the lead role.