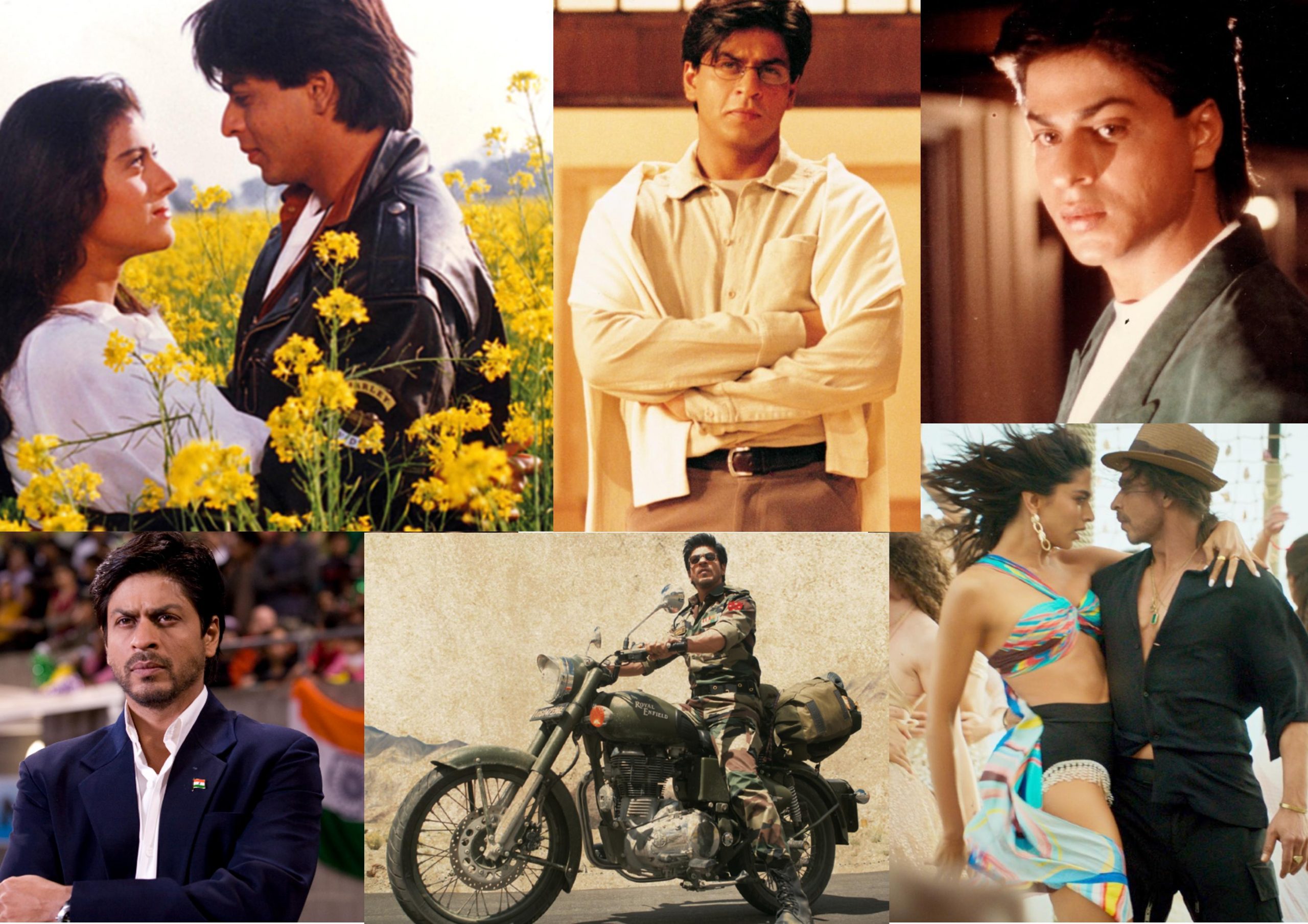 WHETHER it is lead stars and a filmmaker, or amazing onscreen couples, Indian cinema has offered up perfect partnerships across the decades, which have resulted in all-time classics that entertained global audiences.

Perhaps the most iconic, successful, and important Bollywood partnership of the modern era has been between actor Shah Rukh Khan and production house Yash Raj Films (YRF).

They have teamed up again for the first big Bollywood release of 2023 with mega-budget action entertainer Pathaan, which is in cinemas now. It marks the return of Khan as a leading man after a hiatus of just over four years, and sees him headline a movie produced by the banner that turned him into a global superstar.

Eastern Eye decided to mark the occasion by taking a deep dive into an important cinema relationship that is now entering its 30th year.

The dream team has delivered huge movies, but also helped change the face of Hindi cinema. Akshaye Widhani, the YRF CEO, said: “We are honoured that Shah Rukh Khan’s trajectory in ruling the hearts and minds of Indians living across the world for over three generations is so intertwined with YRF’s legacy.

“SRK and YRF are inseparable, and we take huge pride in that. For someone like him to have trusted the studio’s creative vision to star in projects that turned out to be milestones in the history of Indian cinema, has punctuated our rich legacy to entertain cinegoers globally.”

Widhani added: “The fact that his body of work includes our films like Darr, Dilwale Dulhania Le Jayenge, Veer Zaara, Mohabbatein, Dil To Pagal Hai, Rab Ne Bana Di Jodi, Chak De India and now Pathaan, is testimony to SRK and YRF being a creative force that’s constantly looking to push the envelope to provide audiences wholesome entertainment on the big screen. With Pathaan, we are sure that this partnership will only grow from strength to strength.”

Their journey together began as the 1990s rolled around, with an aspiring actor named Shah Rukh Khan, who had been noticed on television, and wanted to carve out a career in movies. He had started generating a buzz after signing a load of films, which included his successful debut Deewana (1992) and his first big hit as an outright lead, Raju Ban Gaya Gentleman (1992).

Meanwhile, YRF had got off to an amazing start after being set up in 1970 by legendary producer-director Yash Chopra, with all-time classics Daag: A Poem of Love (1973) and Kabhie Kabhie (1976). The studio’s subsequent releases were a rollercoaster of highs and lows, which didn’t allow the forward-thinking banner to properly establish itself.

Chopra had started the decade by directing Lamhe (1991), which had under-performed, so a lot was riding on his next film as a director, Darr (1993). But creative differences with Aamir Khan meant the filmmaker needed a replacement to play the antagonist and started looking at other big-name stars.

His son Aditya Chopra had noticed the potential in fresh-faced newcomer Shah Rukh. His legendary father was reluctant to take someone relatively unknown for the important role, but was persuaded to cast him. It would be one of two roles Shah Rukh would sign as an antagonist, along with Baazigar (1993), which Salman Khan had rejected. Years later, Shah
Rukh explained why, saying, “The reason I agreed to do roles which other guys were saying no to (for whatever their mindset was), a Darr or a Baazigar, was because I thought, ‘I’m not good-looking enough to be a hero, so let me just get a villain’s job’. I didn’t do it because I was gutsy or because I thought I could pull it off since I’m such a great actor.”

Both films were released within six weeks of each other and became huge hits. With Darr, Shah Rukh took the first step of a journey with YRF that would last three decades.

When Aditya was ready to make his directorial debut with Dilwale Dulhania Le Jayenge (DDLJ), he had written it as a cross-cultural romance and wanted to cast Tom Cruise as the male lead. When that idea wasn’t feasible, he offered the role to Shah Rukh, but he declined. The young filmmaker then tried casting Saif Ali Khan and Aamir Khan in the same role, but both turned him down. So he circled back to his original choice and finally persuaded Shah
Rukh to do the film.

When DDLJ came out in 1995, it smashed box-office records and connected with a new generation of moviegoers in a way no other Indian film had before. The multi-award-winning release took Hindi cinema global and turned Shah Rukh into the industry’s biggest star.

YRF’s next offering, Dil To Pagal Hai (1997), became the year’s biggest hit and consolidated Shah Rukh’s position as the king of Bollywood.

Filmmaker Karan Johar, who had appeared in a small supporting role in DDLJ, would cast Shah Rukh in his directorial debut Kuch Kuch Hota Hai (1998) a year later. YRF distributed that movie globally and helped it smash records. The stunning successes turned Shah Rukh into the biggest Indian star on the planet and YRF into the most powerful banner in Hindi cinema.

Shah Rukh teamed up with Aditya for the banner’s next movie Mohabbatein (2000), which became the biggest hit of that year. The film successes headlined by the actor meant that YRF went from making a movie every few years to releasing three in 2002 and three more in 2004. This included a winning cameo from Shah Rukh in hit film Saathiya (2002).

When Chopra was ready to direct again after Dil To Pagal Hai and Darr, he went back to his favourite leading man for cross-border romance Veer-Zaara (2004), which became that year’s biggest blockbuster success.

The banner had profited so heavily from these box-office hits that it built a huge state-of-the-art movie studio.

When Salman Khan rejected Chak De India (2007), YRF once again turned to its lucky charm. Shah Rukh delivered in an iconic sports drama, which would see him win more awards for his performance.

Aditya reverted to Shah Rukh for his third movie Rab Ne Bana Di Jodi (2008), casting him opposite debutante Anushka Sharma to make it a hat-trick of hits. The banner was now thriving as a production house making multiple movies, with a fully functioning studio, music label and as an international distributor.

When Chopra directed what would be his last movie Jab Tak Hai Jaan (2012) he, of course, cast Shah Rukh in the lead again. He also persuaded the actor to kiss onscreen for the first time since the very beginning of his film career.

But with the success of Shah Rukh’s own banner, Red Chillies Entertainment, the collaborations became fewer and far between. They teamed up again for Fan (2016) which, despite being technically innovative, didn’t do the expected business at the box office. After his 2018 home production Zero failed at the box office, the actor took a break from acting.

However, when Shah Rukh announced his much-anticipated comeback project, he chose to do that with the YRF-produced Pathaan. The mega-budget movie generated huge excitement leading up to its release, and looks like continuing one of the most magical partnerships in global cinema.