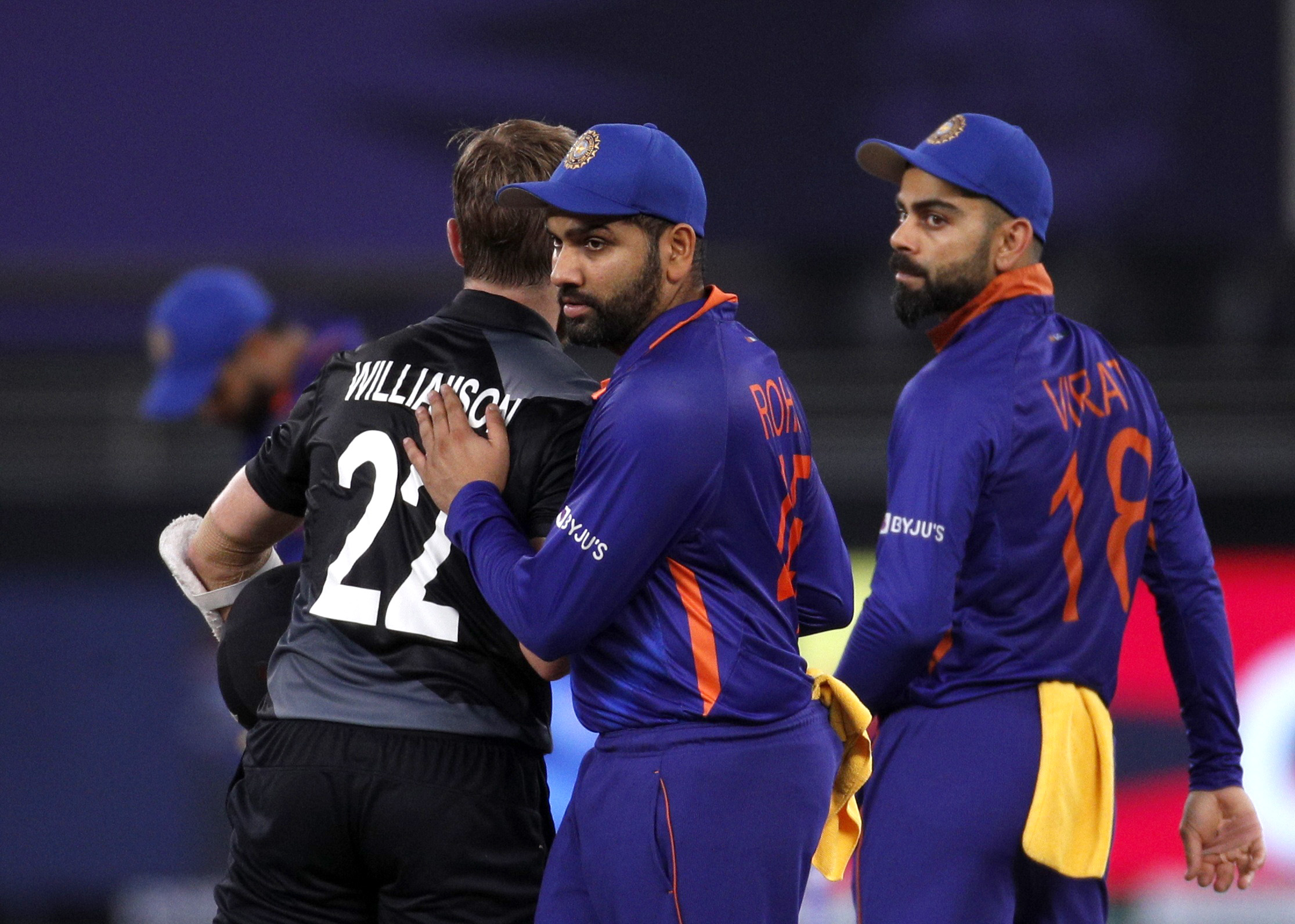 Rohit Sharma and Virat Kohli after India’s defeat to New Zealand in a Super 12 game. (REUTERS/Hamad I Mohammed)

FORMER India cricketers lined up to slate Virat Kohli’s side after Sunday’s (31) crushing eight-wicket defeat by New Zealand left them on the brink of elimination from the Twenty20 World Cup.

India dropped to fifth in Group II, with their semifinal hopes virtually extinguished after managing to muster only 110 for seven when they were put in to bat in Dubai.

Champions at the inaugural T20 World Cup in 2007, India have not claimed the title since and their batting collapse came in for scathing criticism.

“Like (a) few times in the past, New Zealand have virtually ensured we won’t make it to the next stage. This one will hurt India and time for some serious introspection.”

Gautam Gambhir, who won the 50-over World Cup with Sehwag in 2011, said India had the skill but lacked “mental toughness”.

“Talent is one thing … You can do really well in bilateral (series) but when it comes to these kinds of tournaments, this is when you have to stand up and perform,” he told ESPNcricinfo.

“It’s been a trend, it’s been happening at most ICC tournaments.”

Former middle order batsman VVS Laxman said India’s chances of making the semifinals were a “distant dream” as their net run-rate had also taken a beating.

“This defeat should hurt team India. Tentative with the bat, their shot selection was questionable,” Laxman said. “New Zealand bowled superbly, but India made their task easier.”

Former England captain Michael Vaughan said India had been left behind and were still playing “2010 cricket”.

“The game has moved on,” he said. “For all the talent and depth in India … they underachieved massively for years in white ball cricket.”