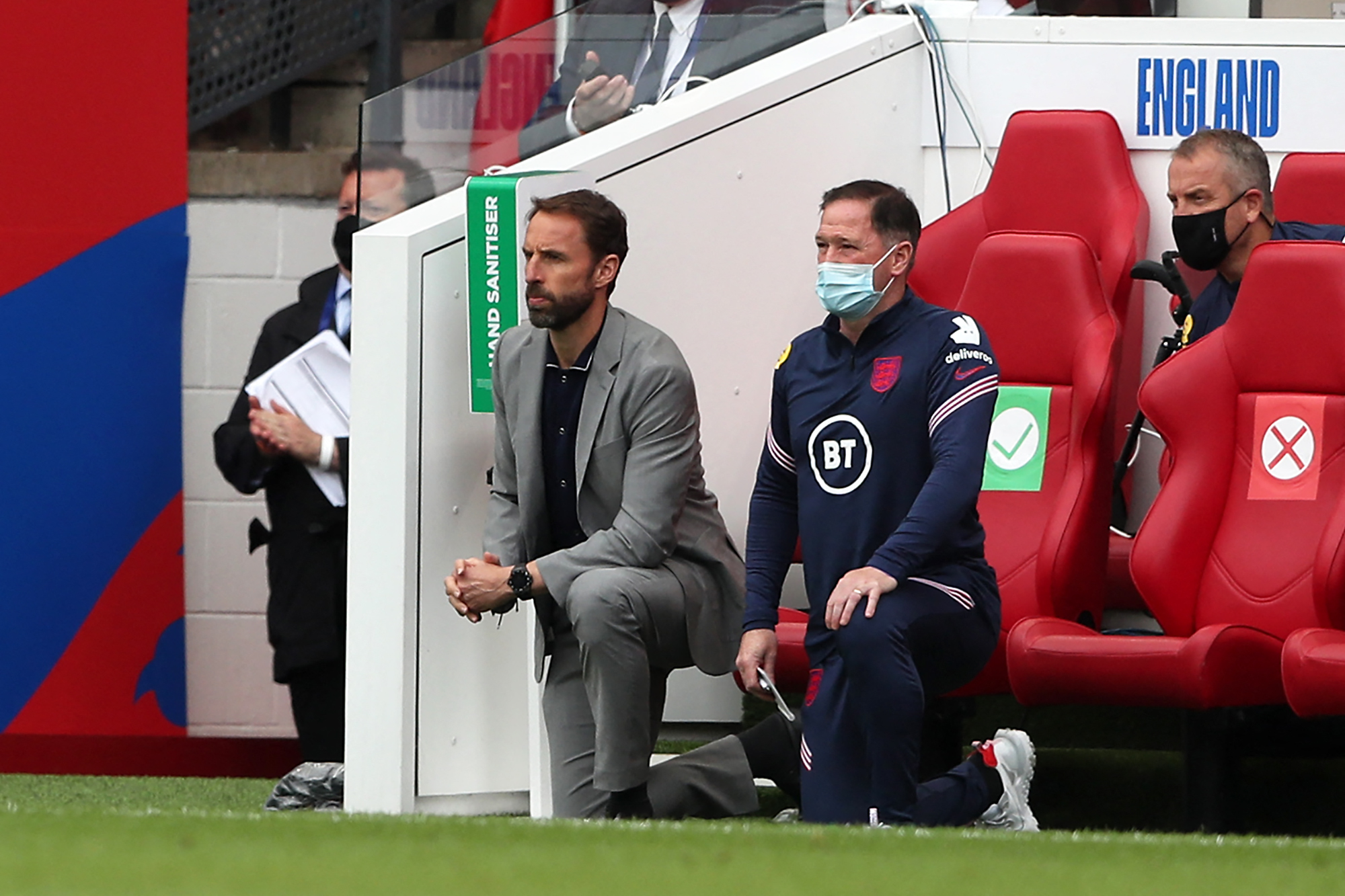 England’s manager Gareth Southgate (L) and Steve Holland, assistant coach of England ‘take a knee’ ahead of the international friendly against Romania at the Riverside Stadium in Middlesbrough. (Photo by SCOTT HEPPELL/POOL/AFP via Getty Images)
Follow Us

ENGLAND manager Gareth Southgate said the Football Association needs to recruit more women to work in the men’s national team training set-up after he was put on the spot by his daughter.

The England men’s team currently have only two women among the 40 personnel who help prepare the squad for internationals.

“We haven’t got that right,” Southgate said at the Royal Television Society’s Cambridge convention. “Within the FA we are 38 per cent I think female. My daughter said, ‘Oh, that’s good is it, Dad?’.

Southgate added that changing attitudes towards women’s football needed to be reflected across all areas of the sport.

“It’s far more acceptable for girls to play now, there’s more teams and clubs. Dads are now excited by that. There’s a real enthusiasm for it,” he added.

“That’s different to where we are with diversity of staff in the team. We’ve got a staff of 40, so (two women is) nowhere near where we should be.”