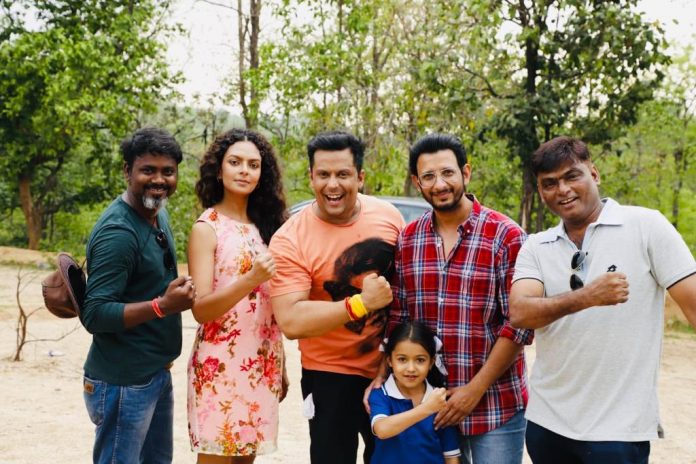 We have seen many films that revolve around war and the valour of the army. Now director Aaryan Saxena with his movie Fauji Calling is going to tell us the story about the families of martyred soldiers. The movie stars Sharman Joshi, Ranjha Vikram Singh, Bidita Bag, Mugdha Godse, and Zarina Wahab, and it was recently when the shooting of film kickstarted in Ranchi.

When the movie was announced, Sharman Joshi had said, “Fauji Calling is a film, I am really excited about. It’s a celebration or the acknowledgment of what the soldier contributes to our country and in effect, what would a soldier expect from the society towards him and his family. This is the script that I am really looking forward to work on and I am glad that we are now very close to start working on it.”

Ranjha Vikram, who plays a pivotal role in the film, said, “I chose to do Fauji Calling because during my school days, whenever anyone used to ask that what I want to become in life, I used to say I want to join Indian Army and be a soldier. I grew up watching Sylvester Stallon movies. When Aaryan narrated me his fantastic script, I felt emotional. Indian Army is according to me the best foot soldiers in the world. They are strong and very daring. God is kind that I got this kind of role in my career.”