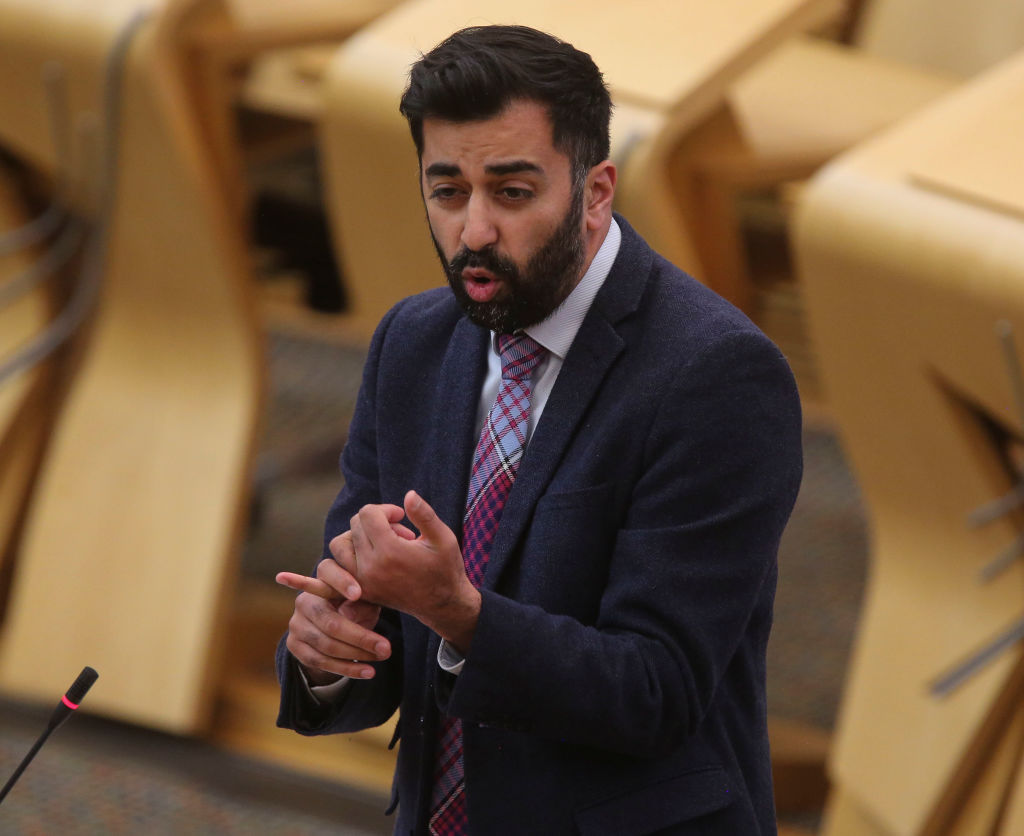 SCOTLAND health secretary Humza Yousaf has accused a nursery in Dundee of refusing a space for his two-year-old daughter and approached watchdogs seeking an explanation on whether there was a discrimination on the basis of ethnicity or religion.

After Little Scholars Nursery in Broughty Ferry rejected the application of Yousaf’s daughter Amal, his wife Nadia El-Nakla probed if the denial of space was because of their ethnic background.

Yousaf lodged a complaint with the Care Inspectorate, seeking an explanation over the contrasting responses from the nursery, and provided a dossier of emails between the applicants and the nursery’s manager Michelle Mill.

He said in a tweet that the nursery had an opportunity to explain its disparity in treatment, but “none has been forthcoming.”

Nadia, who works for Dundee East MSP Shona Robison, had applied in September last year, asking for a place for her daughter. As the response was negative, she applied again on May 10 this year, seeking two afternoons a week from August for Amal. But the result was the same.

Nadia said when she asked the next day if the child could be put on the waiting list, Mill said there was no “guarantee of availability”.

She then got her friend Julie Kelly to send an email to Mill enquiring about a space for her two-year-old son. Much to Nadia’s surprise, Mill told Kelly on May 12 that Monday, Tuesday and Thursday afternoons were ­available from July.

As requested by Nadia, her relative Sara Ahmad also applied on May 12 for a place for her child, stating that she was flexible on days and starting times. But Mill told Ahmad on May 20 that there was no availability “at the present time or for the ­foreseeable future”, a Daily Record report said.

Yousaf said three white Scottish applicants offered tours of the nursery and spaces, often within less than 24 hours of the applications, while Muslim names were rejected, including his daughter.

The SNP politician of Pakistani heritage tweeted, “We are fooling ourselves if we believe discrimination doesn’t exist in Scotland. I believe evidence we have proves our case beyond doubt. As well as reporting the nursery to Care Inspectorate we are also seeking legal advice.”

“I cannot tell you how angry I am. As a father all I want to do is protect my girls, yet aged 2, I believe my daughter has faced discrimination. If this had not happened to me I’m not sure I would have believed it could happen in 2021. How many other families has this happened to?” he said in another tweet on Monday (2).

Cutting across party affiliations, political leaders condemned the contrasting responses of the nursery. While Douglas Ross of the Scottish Conservative Party said the matter should be “investigated and stamped out”, Scottish Liberal Democrat leader Alex Cole-Hamilton said the “depressing” turn of events was fit for an investigation.

Scottish Labour leader Anas Sarwar, who has been vocal about racial discrimination in the country, expressed his support for Humza and Nadia.

The nursery, however, denied any wrongdoing.

“In addition to our owners being of Asian heritage, across more than a decade we have regularly welcomed both children and staff from a range of different religious, cultural, ethnic and racial backgrounds including two Muslim families currently,” its spokesman told Daily Record.