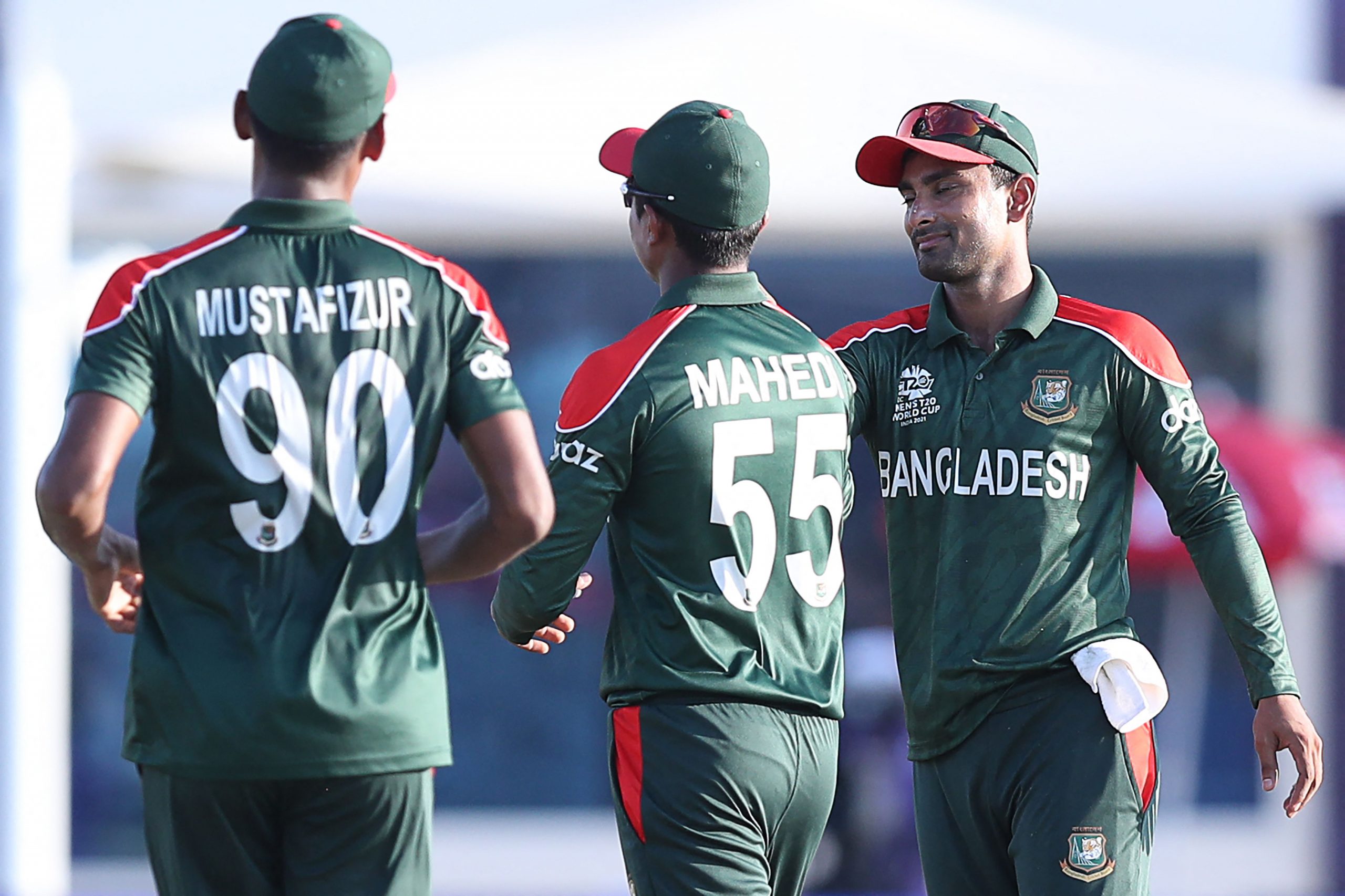 SCOTLAND thumped Twenty20 World Cup co-hosts Oman to storm into the tournament’s Super 12 stage, along with Bangladesh who thrashed Papua New Guinea in Muscat on Thursday (21).

Scotland’s eight-wicket victory was their third win in three preliminary-round matches as Kyle Coetzer’s side topped Group B ahead of the team they beat in their opening game – Bangladesh.

Josh Davey (3-25) led Scotland’s disciplined bowling as they restricted Oman to a below-par 122 despite cameos by Aqib Ilyas (37) and Zeeshan Maqsood (34).

Coetzer laid the foundation for Scotland’s victory with a rapid 41 before Richie Berrington and Matthew Cross (26 not out) completed the chase with three overs to spare.

Berrington, who made 31 not out, sealed the win with his third six.

“It’s an opportunity for Scotland to test themselves against the best,” Coetzer said after the team finally managed to progress beyond the tournament’s first round.

“We will go into every game full of hope and belief that we can win more games.”

Bangladesh lost Mohammad Naim to the second delivery but Shakib, who made 46, helped rebuild their innings.

Mahmudullah then tore into the modest PNG attack, clobbering three sixes and as many fours in his 28-ball 50.

Mohammad Saifuddin smashed 19 off six balls as Bangladesh plundered 68 runs in the last five overs, including 20 off the final one from Chad Soper.

They maintained the momentum when they returned to defend the total, aided by superb catching, as Saifuddin trapped Lega Siaka lbw and PNG collapsed to 29 for 7 in the 11th over.

Shakib (4-9) ran through their middle order and went on to equal Shahid Afridi’s tournament record of 39 wickets.

“Obviously losing the first game was a setback… But now the pressure is off and we can play with more freedom.”

Kiplin Doriga was stranded on 46 as PNG were bundled out for 92 in 19.3 overs to succumb to their third defeat.