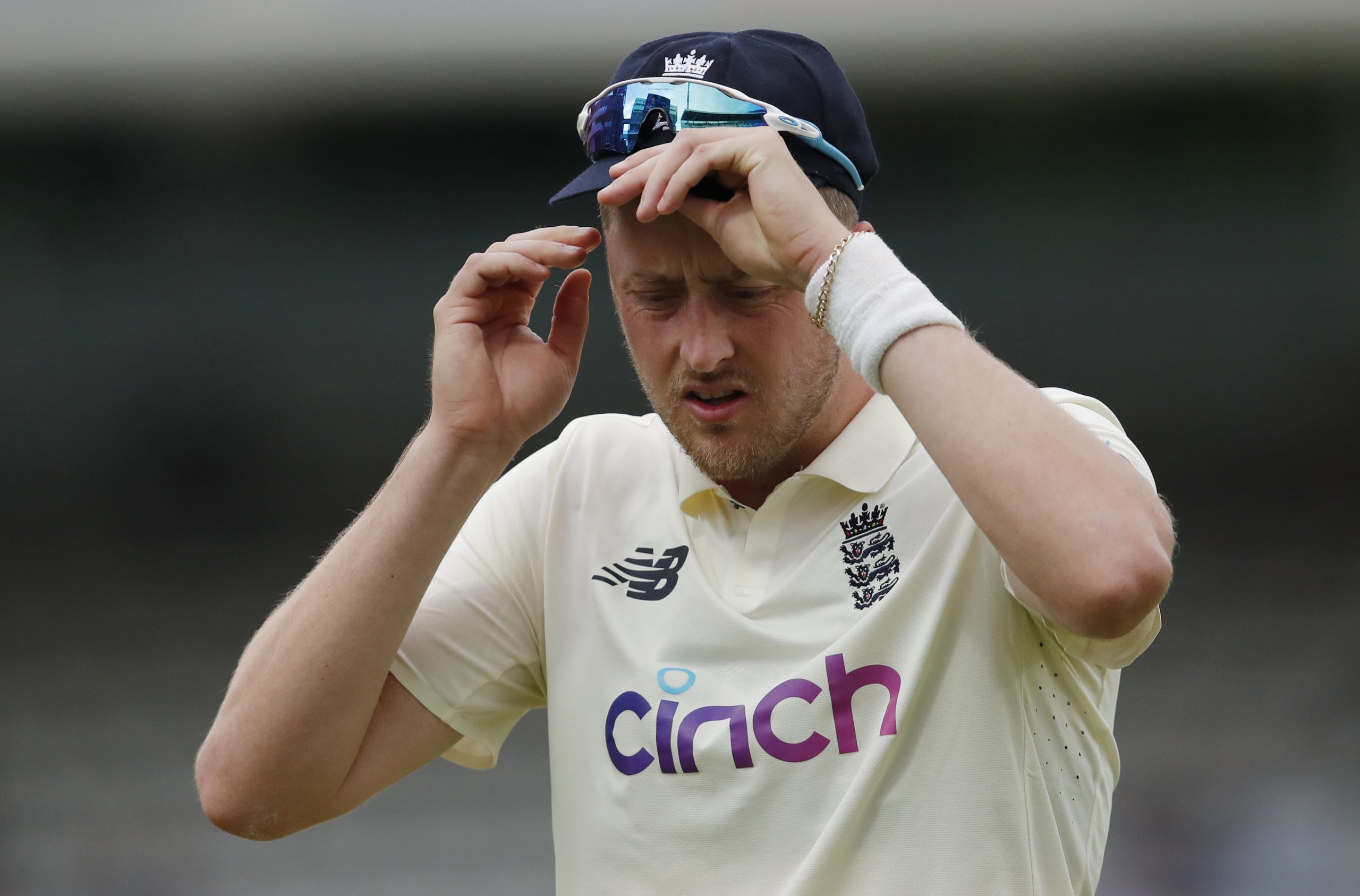 ENGLAND paceman Ollie Robinson, who decided to take a break from cricket after historical offensive Twitter posts resurfaced this month, will play for Sussex’s second team in Twenty20 games against Hampshire, his county said on Monday (14).

Robinson said on Thursday (10) he would take a break to spend time with his family and missed Sussex’s Vitality Blast games against Gloucestershire and Hampshire Hawks on Friday (11) and Saturday (12), respectively.

He will return to action in the second team’s behind-closed-doors T20 matches against Hampshire on Tuesday.

The 27-year-old was suspended from international cricket pending an investigation after his Twitter posts resurfaced on his Test debut against New Zealand at Lord’s two weeks ago.

Robinson apologised “unreservedly” for being “thoughtless and irresponsible” at the time of posting the tweets.

The England and Wales Cricket Board (ECB) said on Saturday (12) it will review players’ social media to address past issues and remind them of their responsibilities after Robinson’s old sexist and racist tweets came to light.