During two-day festival conceived and organised by the organisation’s Hindustani vocal teacher Chandrima Mishra, the audience were treated to solos, duets, and group performances by her students. 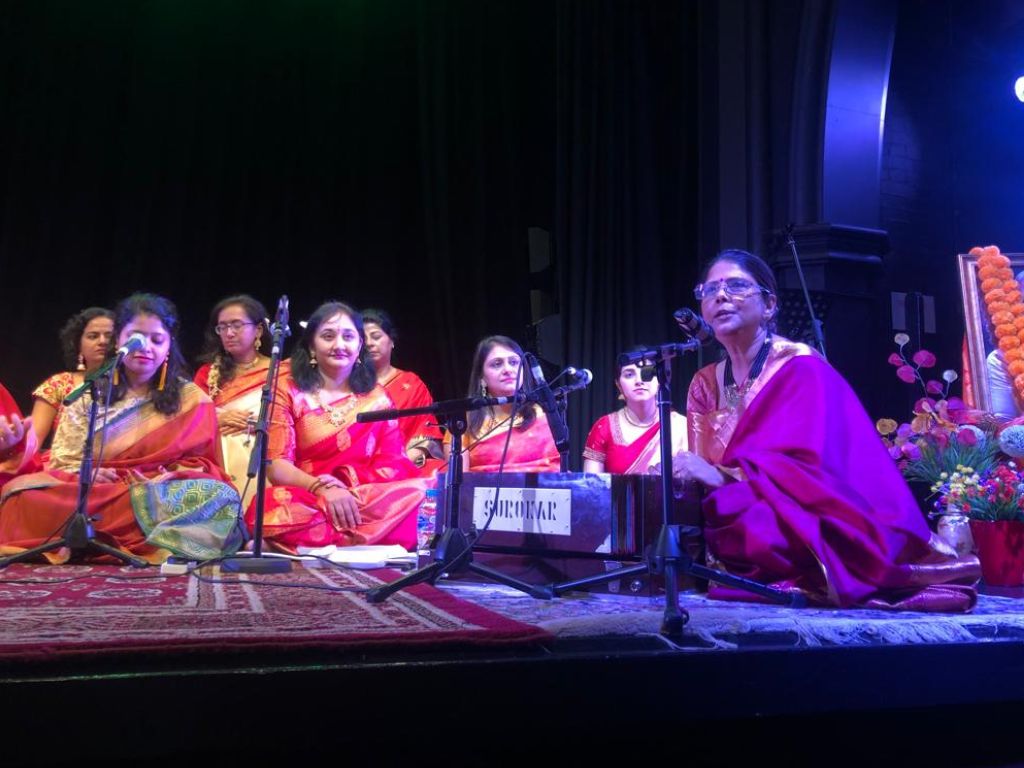 Chandrima Mishra (extreme right) presents a singing performance with her students at The Bhavan. (Picture: The Bhavan)
Follow Us

The Bhavan’s resident Hindustani vocal teacher Chandrima Mishra presented her students in a dazzling display of talent over the last weekend of November (26-27).

In a two-day Hindustani music festival conceived and organised by Mishra, the audience were treated to solos, duets, and group performances by her students.

The inaugural evening was titled ‘Bhairav to Bhairavi’ which showcased a range of ragas that are sung from morning till evening.

Beginning with Ganesha Vandana, the evening saw performances by young students and masterful solo renditions by their seniors.

The ragas sung at night included Gorakh Kalyan, and Bihag.

The audience was mesmerised through different times of the day, starting from dawn to night and befitting the ending with a morning raga again.

The second evening was aptly titled ‘Evening Ragas’ which took the audience on a journey through melodies that are sung in the evening time. It was also an evening of gratitude as Mishra dedicated it to her late mother Gita Samanta who passed away last year.

Her younger students sang Yaman Raga and it was followed by soothing solo renditions of ragas such as Shuddha Kalyan, Madhuvanthi, Jog, and Bageshri.

A few students also took the opportunity to speak of their experiences of training at The Bhavan.

The second part of the evening was dedicated to Rabindra Sangeet, and had a personal touch as Mishra herself sang a few verses of a song taught to her by her mother.

This part was a unique combination of Khayal singing and Rabindra Sangeet or songs of Indian bard Rabindranath Tagore.

The first was the song ‘Tumi Robe Nirobe’ in Behag, followed by the classical Khayal in the same raga set to ‘teen taal’ – ‘Jhoom Jhaam’.

The festival concluded with a grand finale in Raga Desh.

Both evenings saw Pandit Raj Kumar Mishra on tabla accompaniment along with a few of his students, and Misra herself on harmonium.

The performers, ranging from eight-year-olds to adults, showcased their skills before a jam-packed auditorium over the two days.

Mishra is currently training over 160 students in the Hindustani classical tradition at The Bhavan.