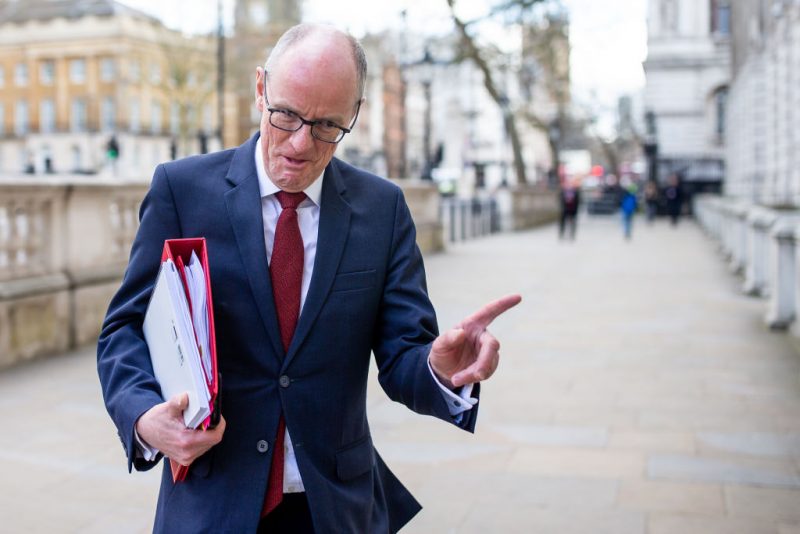 FILE PHOTO: Nick Gibbs arrives at the The Cabinet Office on March 11, 2020 in London, England. (Photo by Luke Dray/Getty Images)
Follow Us

CONSERVATIVE Member of Parliament (MP) and former schools minister Nick Gibb has called on British prime minister Boris Johnson to resign in an opinion piece published in The Telegraph newspaper on Friday (4).

Gibb, MP for Bognor Regis and Littlehampton, said his constituents are “furious about the double standards” exposed by reports of social gatherings at Downing Street.

A report by senior civil servant Sue Gray found that alcohol-fuelled events had taken place at Johnson’s offices and residence when Covid-19 lockdown rules were in force.

Citing the report, Gibb said it was “inaccurate” that Johnson told the House of Commons there was no party.

Also Read | ‘Boris Johnson has lost the support of his party’

“To restore trust, we need to change the Prime Minister,” he wrote in the op-ed.

Eleven Conservative MPs have called publicly for Johnson to quit, as police investigate a series of parties held in Downing Street while the rest of the country was enduring Covid lockdowns.

British politics and the country’s media has been gripped for weeks about the “partygate” revelations, and a brewing Conservative revolt that could yet see Johnson face a vote of confidence in his leadership.

Johnson suffered four staff defections on Thursday (3) as pressure intensified on the embattled leader over lockdown parties and his loose-lipped style of politics.

Thursday’s drama prompted the right-wing Daily Mail tabloid, which is normally supportive of the government, to headline its front page “Meltdown in Downing Street”, as the resignations rolled in.

Downing Street confirmed that chief of staff Dan Rosenfield was leaving, just over a year after he took on the role with a brief to professionalise Johnson’s chaotic operation.

His resignation comes after a top civil servant, in a long-awaited inquiry, this week condemned “failures of leadership” over a series of parties held in violation of Covid restrictions.