‘Boris Johnson has lost the support of his party’ 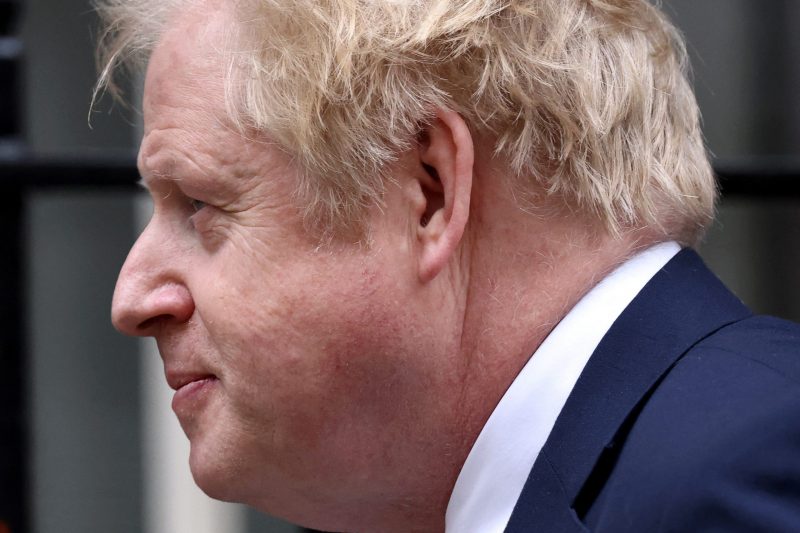 PRIME MINISTER Boris Johnson has “lost the support of many parliamentarians” and needs to do more than just apologise for the “partygate” scandal, a senior Tory parliamentarian has said.

Senior civil servant Sue Gray’s report, details of which were made public on Monday (31), found alcohol-fuelled events at the prime minister’s offices and residence – when Covid-19 lockdown rules were in place across the country – should never have taken place and were “failures of leadership and judgement”.

Johnson apologised in the Commons and later in the day, met Conservative party MPs in an attempt to shore up support and dissuade them from seeking his ouster.

However, a senior parliamentarian told Eastern Eye, “He (Johnson) said sorry, but I don’t think it’s enough. He needs to do more than that.

“He needs to accept the lessons of the report and spell out some of the changes in the machinery of the government and 10 Downing Street.

“The public appointed him as prime minister and expect him to behave in a certain way; in other words, comply with the law. But he has failed in his responsibility and duty. He’s taken people for granted.

“You can’t have a ‘one rule for them and one rule for us’ mentality. It reflects the disconnect between what’s going on in the prime minister’s office and in the rest of the country.”

The news comes a week after the government was accused of being “Islamophobic” by a Muslim MP, Nusrat Ghani, who claimed she was sacked from Johnson’s government in 2020 because of her faith. Following the allegations, an investigation was ordered.

This week, following the report by Gray, the Tory politician told Eastern Eye the outcome of an investigation by the Metropolitan Police could likely signal the end of Johnson’s leadership.

The politician said, “Sue Gray has held back at request of the police. But the implication that 12 separate events held at Downing Street have warranted a criminal investigation, very few people will have support for the prime minister after this.

“He has already lost the support of many parliamentarians. When there has been a failure of leadership like this, other MPs should have a conscience and say, ‘hold on, this is wrong’ and ‘we want to see a new leader, maybe’”.

Peter Aldous, the Conservative MP for Waveney in Suffolk, said on Tuesday (1) that Johnson should resign, and revealed he had submitted a letter of no confidence in the prime minister. Aldous added that he reached the decision “after a great deal of soul-searching” and it was “in the best interests of the country, the government and the Conservative party”.

Other Tory MPs who have publicly called for Johnson to quit include the leader of the Scottish Conservatives, Douglas Ross, and former Brexit secretary David Davis.

However, Tory peer Lord Rami Ranger told Eastern Eye that getting rid of Johnson now would have a negative impact on the country.

“The country is going through a very difficult time. We are just trying to get back to normality after Brexit. There is a very big economic problem brought about by the pandemic. Industries are suffering, businesses are suffering, and we need the revenue to pay for social services.

“Then there is the security issue. Russia has mobilised its forces on the border of Ukraine (Johnson was scheduled to travel to Kyiv this week). And if we do not show strong leadership, if we have confusion, we could send the wrong signal to the Russians. So therefore, it is very, very important to back the prime minister,” said Lord Ranger.

His views on the Russia-Ukraine conflict were echoed by Shailesh Vara, MP for North West Cambridgeshire. Vara said in the Commons on Monday (31), “Over the past few weeks, our constituents across the House have been writing to us on this hugely important issue. And I don’t in any way wish to minimise its importance. But in my constituency, I have military bases. And I am receiving emails from families who are concerned about their loved ones and the potential role they may end up playing, given the conflict on the Russian Ukrainian border.

“Members opposite may treat this lightly, but for the families who have those serving in the military do not treat it lightly.”

Lord Ranger, 73, has donated £1 million to the party, including £145,000 since Johnson took office. He gave his backing to Johnson to lead the nation through these difficult times.

“I give 100 per cent backing for the sake of our nation, our economy, our security and for the sake of bringing stability after Brexit,” said Lord Ranger, who is also the chairman of Conservative Friends of India.

“When the election comes, people can make up their mind. They can decide whether the prime minister has improved, if he helped stabilise the economy and brought the benefit of Brexit, as he said,” he added.

“There are so many things up in the air. And by changing leadership at this stage, it will just distract us. The nation will be in even bigger, deeper trouble.”