A report said that as many as 10,000 migrant workers from South and Southeast Asia lose their lives in six countries in the Gulf every year. 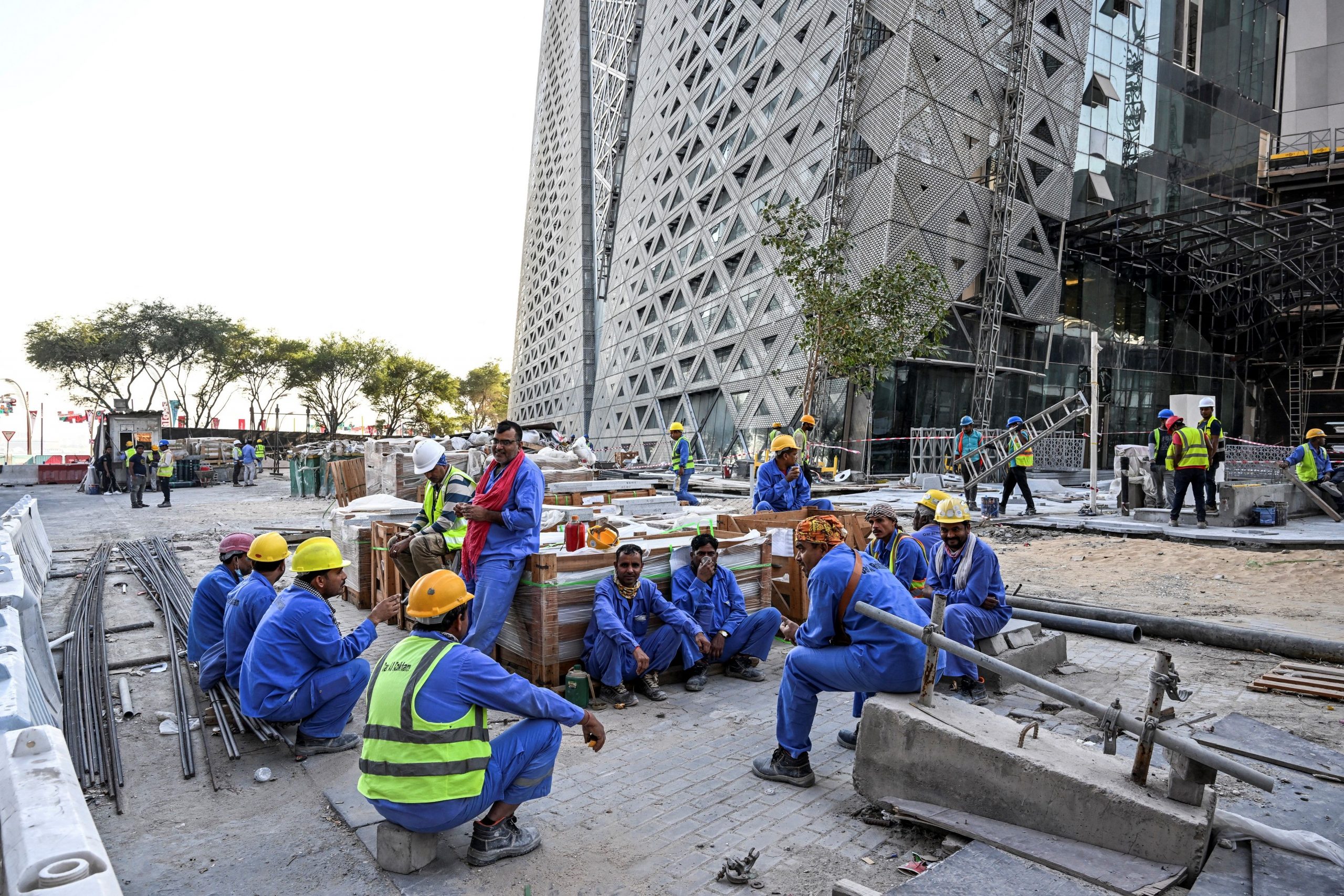 As the FIFA World Cup has started, Nepali workers who were involved in construction work in Qatar have recalled their experience of working in the Middle Eastern nation. Hari Bahadur Shrestha watched the football match between Costa Rica and Japan which was being held in Qatar, a country where he worked for 3 years as a worker immediately after it won the bid to host the latest edition of the World Cup.

Speaking to ANI, Hari Bahadur Shreshtha, a Qatar returnee Nepali migrant worker, said, “When it comes to facilities that were promised at the time of recruitment, they weren’t fulfilled. The case only was not applicable to my company but to almost all the companies there. I also was promised to pay 1200 (Qatari Riyal) but while working there I was only given 900 (Qatari Riyal). We tried to protest against it but they (the company) instead threatened me to deport back.”

He worked as a painter without any safety gear for the construction of the City Center in Qatar’s capital Doha. According to Shreshtha, he was just given a jumpsuit and a helmet as he had to paint the walls taking support of metal beams erected around.

Hari Bahadur Shreshtha further said, “I worked for three years there. I returned back to Nepal quite a time before, it’s been around 7-8 years since I returned back but back at that time, the preparations and constructions had already started for the World Cup, and infrastructures were being set up including the stadiums and other things.”

He used to take shelter in a room packed with fellow migrant workers from Nepal and other nations to save money during the stay. According to Shreshtha, the company did not provide them with adequate accommodation and food facilities. Shreshtha said that while working in Qatar, he used to wake up at 3 am (Qatari time) to reach for work on time and return late at around 8 pm (Qatari time). He revealed that misbehavior was a regular phenomenon at the work site.

Reejan (name changed), a Qatar returnee Nepali migrant worker said, “Staying there was quite hard. In Qatar, we were only paid if we worked. If a worker gets absent for a day then it would result in a deduction of three days’ wage.

A report “Vital Signs: Deaths of Migrants in the Gulf”, made public on March 10 this year has revealed that migrant workers in the Gulf are exposed to a series of risks to their health, including heat and humidity, air pollution, overwork, and abusive working conditions, poor occupational health and safety practices, psychosocial stress and hypertension. Long hours of manual labour in searing temperatures can result in heat stress, which can lead to organ damage.

The report said that as many as 10,000 migrant workers from South and Southeast Asia lose their lives in six countries in the Gulf every year. Around half of the migrant worker deaths are not explained, which means that deaths are certified without any reference to an underlying cause of death.

The report reads, “Low-paid migrant workers in the Gulf are subjected to a range of risks to their health that place their lives in jeopardy. Working and living conditions, psychosocial stress, and lack of access to health care are among the reasons for the rising deaths.”

The report that has analyzed the numbers and causes of deaths of migrant workers in the destination countries has claimed that the cause of the death is not transparent while many of those deaths could have been avoidable.

The migrant worker deaths have been classified broadly into seven categories– cardiac arrest, heart attack, natural cause, traffic accident, suicide, workplace death, and other causes. However, the researchers claim categories are not aligned with international guidance on classification.

As many as 7,296 male and 171 female migrant workers from Nepal lost their lives in a decade between the fiscal years 2008-2009 and 2018-2019 and heart attacks and natural causes accounted for 47 per cent of the total deaths. Road accidents with 20 per cent of all deaths are the second highest reason for Nepali migrant workers followed by suicide (9 per cent).

Reports suggest there are about 30 million migrants working in the Arab Gulf states-the United Arab Emirates, Bahrain, Saudi Arabia, Oman, Qatar and Kuwait. 80 per cent of these migrant workers are employed in low-paid sectors such as construction, hospitality and domestic work. During the pre-pandemic period, these seven countries were hosting an estimated 1.27 million Nepali migrant workers.

A report, compiled by NGOs from Nepal, Bangladesh, India, Pakistan, and the Philippines, and FairSquare Projects, a London-based migrant rights organization, revealed that low-paid migrant workers in isolated and unsanitary labour camps are often working extremely long hours in dangerous conditions to service debt from recruitment fees. They often do not receive training on occupational health and safety and cannot access healthcare.