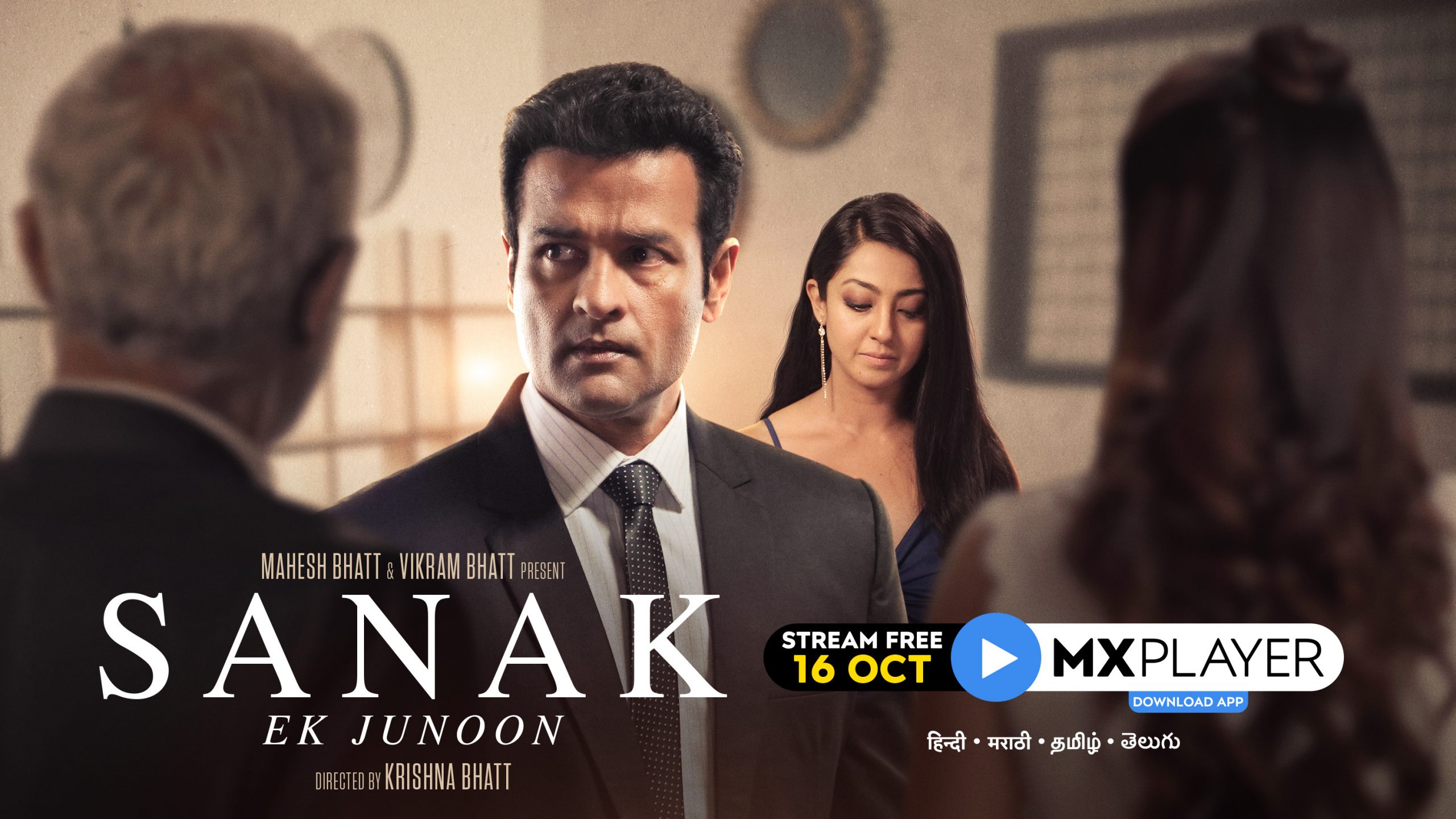 MX Player has launched the trailer of their new streaming show Sanak – Ek Junoon, presented by Mahesh Bhatt and Vikram Bhatt. The series, directed by Krishna Bhatt, brings to the fore the price people are willing to pay to achieve success in life. Sanak – Ek Junoon features Rohit Bose Roy and Aindrita Ray in starring roles. It starts streaming on MX Player on 16th October and will be available in Hindi, Marathi, Tamil, and Telugu.

Sanak – Ek Junoon tells the story of a small-town ambitious couple, Ajay (Rohit Bose Roy) and Ragini (Aindrita Ray) who relocate to Mumbai in the hope of a superior lifestyle. Ajay, a junior lawyer, is offered a once-in-a-lifetime opportunity by his boss Mr. Shekhawat (Pawan Chopra), but in exchange, he must compromise on his values and part with what is dear to him.

Krishna Bhatt said, “I wanted to showcase the moral perplexity that a common man goes through when they are asked to compromise on their morals in order to achieve more in life whilst exploring where they would draw the line. Sanak – Ek Junoon is the depiction of a small-town couple’s struggle in a big world where they get stuck in a brutal cycle that changes life as they know it.”

Elaborating on his character, Rohit Bose Roy said, “Ajay is not power-hungry himself, but he is over-ambitious which makes him vulnerable to the power-hungry shark-infested waters at his mega law firm. This series portrays how horribly wrong it can go when you become blinded by your ambition. You not only destroy a chance at living your own dreams but also stand to ruin the lives of everyone around you.”

Aindrita Ray added saying, “I feel there are times when everyone loses their way on the road to success, and I believe that it is the responsibility of the people around us to keep us grounded in these hard situations. This series will strike a chord with a lot of people who belittle their own self-worth for those whom they love.”