Music composer and singer Anand Bhaskar: I think my voice will do justice to Ranveer Singh’s onscreen persona - EasternEye

Music composer and singer Anand Bhaskar is currently busy garnering praises for his music in the web series Mirzapur. Before composing the whole music album of the web series, Anand has done playback singing in films like Baaghi 2 (Get Ready To Fight) and Mission Mangal (Shaabaashiyaan).

We recently interacted with Anand and we when asked him which actor he wants to playback for, he said, “Actually, that’s a long list. I am a big Akshay Kumar fan. I have done a bunch of ads where he is in the ad film and he is lip-syncing to my voice. So, that used to be a big deal for me. But, when I got Shaabaashiyaan and when he was on screen, I was like wow, this is a dream come true. So, I have still not crossed that off my list because I want a song where he is actually lip-syncing to my voice. But, I would love to have a song where Farhan (Akhtar) is shown singing in my voice. He is one of my favourite actors.”

“I would love to sing for Rajkummar Rao. I would love to sing for Shah Rukh Khan; he is dynamic. I know a couple of people who have worked closely with him and they are all gaga about how professional he is. Also, Ranveer Singh, I think I will completely do justice to his personality with my voice because I am one of those singers who have a strong voice. I think if there’s a high-energy number which Ranveer is dancing on, I think my voice will do justice to his onscreen persona. So, these are the few names I would really like to sing for,” he added. 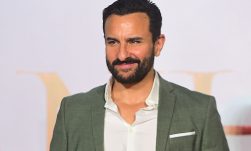 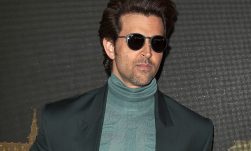 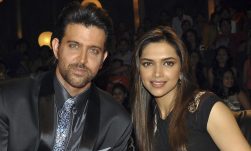