Mandela helped me meet and sing with my idol Miriam Makeba: Usha Uthup

Uthup was on a whirlwind tour of just two performances – at Durban on Saturday night and at Johannesburg on Sunday. 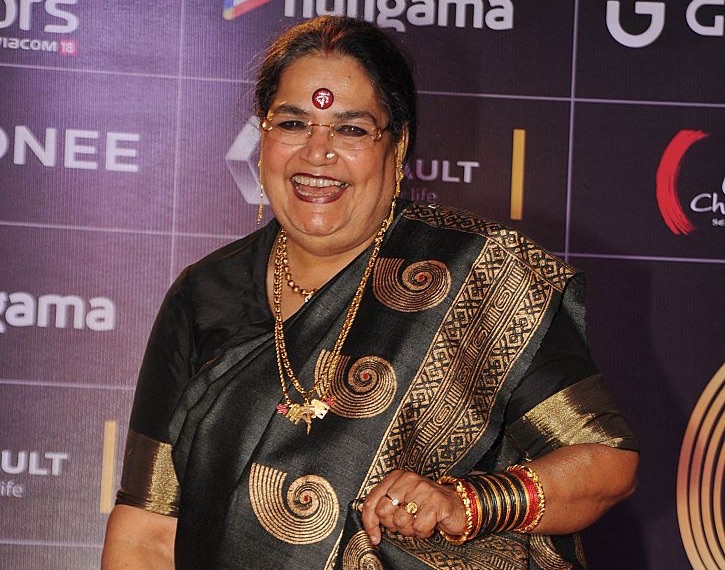 Uthup was on a whirlwind tour of just two performances – at Durban on Saturday night and at Johannesburg on Sunday.

At the Johannesburg show Sunday evening, Uthup said when she last toured South Africa 25 years ago, the organisers also took her to meet Mandela at his offices.

“I touched his feet as in the traditional form of respect and he just kept standing. I said, ‘Dada, please will you put your hand on my head and bless me’. We did a retake and I touched his feet again and he gave me his blessings,” she recalled.

“He said, ‘What do you want in Africa? I will do anything for you’,” she recollected he telling her.

“What a woman. And what a way she sang. Without knowing her or knowing anything about her, it was one of my biggest songs forever,” she said.

Uthup said she had been singing Makeba’s internationally hit ‘Patta Patta’ song, which literally means ‘touch touch’ in the indigenous Xhosa language, for many years before meeting her.

Uthup thrilled the small but attentive crowd with her repertoire which included popular Western songs alongside her Bollywood hits and her range of self-effacing humour, including how she cut up one of her saris to embellish the comfortable sneakers she was wearing.

“My daughter told me, ‘Amma, if you can wear sneakers in the morning when you go for your walk, why can’t you wear sneakers for the show?’ So, I wore sneakers to a show but I realised that it was so boring to wear black and white sneakers. I decided to cut one of my saris up and put borders on them and now I have Kanjivaram sneakers that look so cool,” Uthup jested as she sat down on a chair for the major part of her performance.