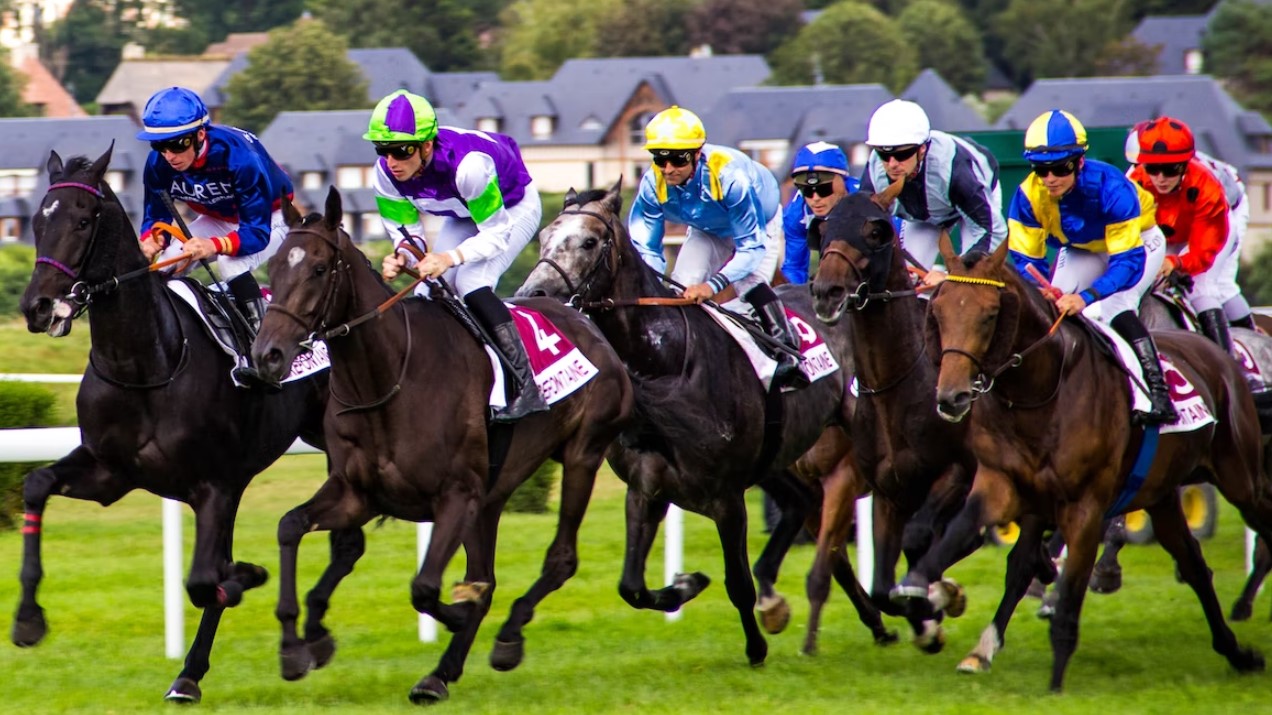 The Ladbrokes Christmas Festival is a worthy present for any of us who enjoy National Hunt racing.

With twelve top-quality races spread over Boxing day and the 27th of December, there’s little else we’d rather be doing than watching the action.

Kempton Park is the host of the festival and will open its gates to thousands of racegoers across the two days.

If you live locally, it’s well worth attending if you can, but you can also enjoy watching live coverage on television if you can’t make the trip.

We’ve got the lowdown on what to expect from one of the biggest sporting events of the horse racing calendar, as well as our pick of horses for the main event, the King George VI Chase.

The Order of Things

It can be hard to know what to expect if you’ve not been to the races before.

Once everybody is at the start and in good order, the flag is raised, and the race begins.

Watching from the grandstand offers the best view of the racing, but standing at the winning post is exhilarating as the thunder of hooves comes past you.

Once the winner passes the post, the horses return to the stables before all the placed horses make their way to the winner’s enclosure.

Jockeys are weighed in to check that they’re riding at the stated weight, and after that, people can collect their winnings from successful bets.

The King George VI Chase is a 3-mile jumps race in which horses have to successfully navigate 18 fences. It’s the second richest race in the British jumps racing calendar, next to the Cheltenham Gold Cup. A prize pool of £250,000 in 2022 will be divided between the winning places.

There have been plenty of historical moments in the running of the race, but two horses stand out in particular.

Desert Orchid won the race four times back to back and is commemorated in the Desert Orchid Chase, which takes place on the second day of the festival.

The second horse, Kauto Star, won the race five times and helped Paul Nicholls cement himself as the most successful trainer ever in the race, having won twelve times to date.

Whilst nobody can predict the results for sure, it wouldn’t be a big surprise to see Allaho heading up the horse racing results for the King George VI Chase. With his dual success in the Ryanair Chase, this big, imposing horse doesn’t have much to prove over his competitors.

However, trainer Willie Mullins has recently disclosed that Allaho might not be running in the chase after all, stating that he’s had a setback in training. He’s still entered, so it will be interesting to see if he makes it.

Bravemansgame is the out-and-out favourite to win the King George VI Chase across almost all bookmakers. Trained by Paul Nicholls, he’s already got a head start with a yard record like that behind him.

Nicholls always gets his horses incredibly fit before big races, and, bouncing off the back of his impressive race in the Charlie Hall Chase at Wetherby, it looks like Bravemansgame already is. He’s only been beaten once over fences, too, and with his rangy build, he is every inch the three-mile chaser.