Leon Ung: ‘There are not enough roles for people like me’ 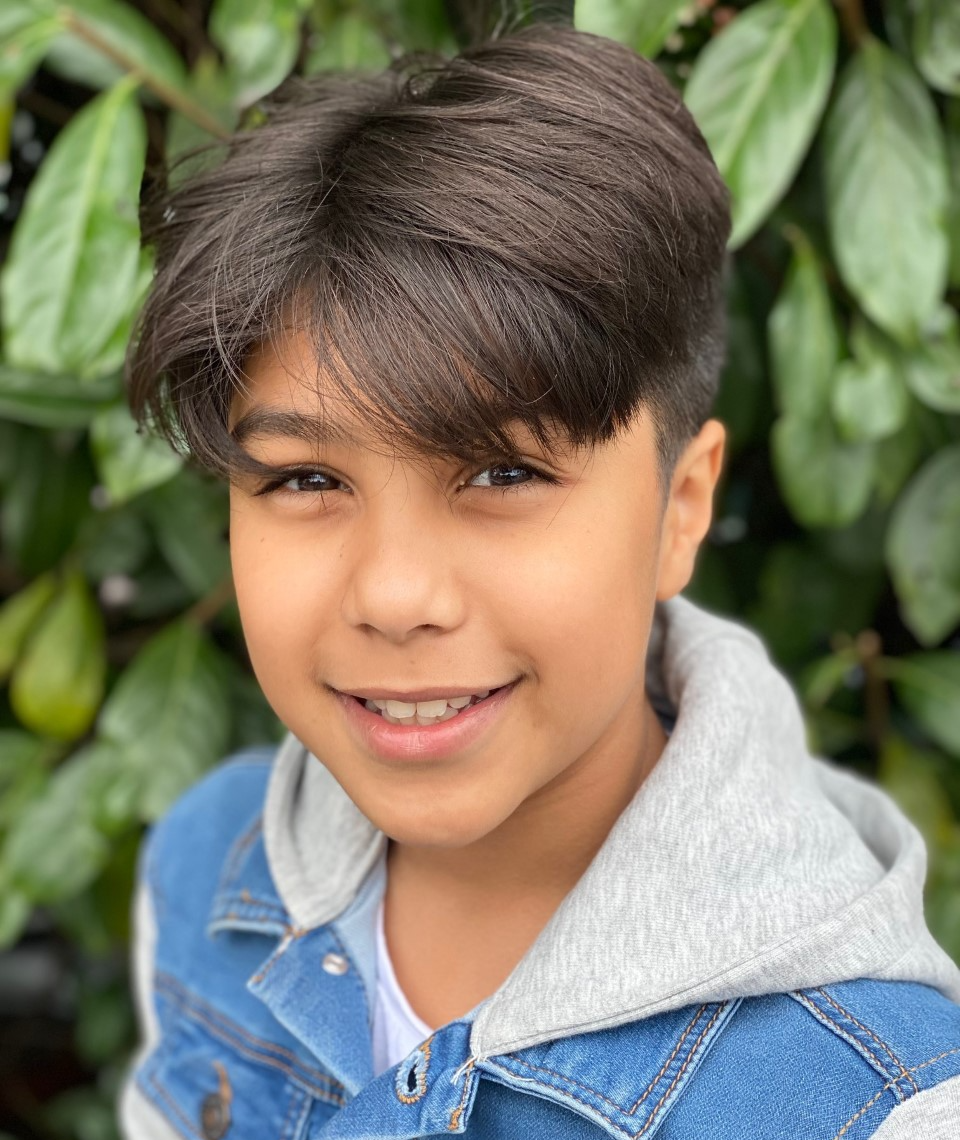 BEING of mixed race means benefiting from the richness of multiple cultures, but it sometimes is a hindrance when it comes to landing lead roles, child actor Leon Ung has said.

After winning hearts in short film The Long Goodbye and currently seen in Netflix’s Matilda the Musical, the 12-year-old said he dreams of one day telling the story of his immigrant father in a movie as well as being part of the Marvel universe.

Ung, whose father is Cambodian and mother Indian, is also a top-level national break-dancer in the UK (he was a triple winner at the UK Street Dance Championships 2022), a gymnast, musician and a martial arts enthusiast.

He revealed to Eastern Eye how he is often labelled as “not Indian enough” or “not Chinese or Cambodian enough”.

“Having a mixed background gives me the diversity and richness of Indian and Cambodian cultures,” he said.

“But often, (film) makers are looking for half-black and half-white (actors). If they want an Indian (performer), I again don’t fit in as I look ‘not Indian enough’. When it’s for Asian or Chinese characters, they find me ‘not Asian enough’. That’s why it’s really hard. It also shows there is still a problem of actual and fair representation.

“There is a significant gap of southeast Asians on and behind the screens. There are not enough roles for people like me.”

Ung might be young, but he has worked with big names in the industry. He was seen alongside Emmy award-winning actor Riz Ahmed in The Long Goodbye, the 2020 short film that won Best Live Action Short Film at last year’s Academy Awards. The teenager said he was not aware of the plot and went for the audition assuming it was for a music video.

“When I was told I will be working with Riz Ahmed, I was super excited. Initially, I felt overwhelmed by his presence, but he was very welcoming, so I got to know him well,” he said.

Ung revealed most of the movie was not scripted, and it was improvised on the set.

“They gave us an overall broad idea of the plot, but a lot of things actually took shape on the set. The opening scene was conceptualised after the director saw me teaching Riz Ahmed how to dance just for fun during one of our breaks.

“The frightening story unfolded the next day when the ‘racist gang’ arrived. When the cameras started rolling, the atmosphere became tense and frightening. If something like that was a real-life situation, then I would be super scared.

“Everyone, including Riz and director Aneil Karia, were so calm and approachable. The stunt team was quite friendly and made me feel comfortable. I’m so happy this film won an Oscar. It was exciting for all of us involved,” he recalled.

Ung features in Matilda the Musical now streaming on Netflix. Directed by Matthew Warchus, with a screenplay by Dennis Kelly, the film is garnering a good response.

“There are almost 300 children involved in total – all around the same age as me. I made so many friends there. They were all similar to me and all of them are very good dancers,” he said.

Matilda the Musical was shot during Covid-19, amid restrictions.

Ung said, “We got to stay in a hotel for over a month in quarantine. That turned out to the best experience ever. We had a swimming pool, tennis courts, archery. It felt like a holiday camp.

“We would leave the hotel by coach early in the morning and film all day. Then we would be back at the hotel and have fun together. Everyone was so incredibly talented. It is a really great movie. I loved working with Lashana Lynch and Emma Thompson who gave me cuddles every day.”

Ung’s next project is Snow White, a musical live-action adaptation of the classic children’s story. Directed by Marc Webb, it stars Rachel Zegler as Snow White and Wonder Woman actress Gal Gadot as the evil queen, and is scheduled for a March 2024 release.

He said he didn’t get to meet Gadot but interacted with Zegler who was “very nice”.

“It has a little group of kids, and I made friends with all of them. Everyone in the cast and crew are so talented. Some of the dancers were performing incredible moves. I can’t wait for this one to come out,” he said.

“In the summer, I also performed the role and stunts for Spider Man and Black Panther for a Marvel Toy commercial. I enjoyed the stunts – doing flips and jumping on a crash mat. The director had faith in my ability to do the complex stunts.”

Being a professional actor, dancer, drummer as well as a student, Ung said he “loves doing all of it”.

“Whatever I do, I do it full-heartedly. My parents also help me. Apart from acting, I love doing break-dancing, street dancing, skateboarding, gymnastics and drumming.”

Ung recently took up jujutsu as well. “It will help me in doing my stunts perfectly. One day I woud love to be part of the UK’s Olympic break dance team,” he added. He admitted that he loved to see himself on screen and although he was proud of his work, in his own words, he was also critical of his performances where he believed he could have “done better”.

Ung is the youngest of three children. His oldest brother is also an actor, who had a significant role in the West End hit The Lion King, while his middle brother is a professional gymnast, ranked ninth in the UK.

The teenager wants to pursue acting as a career and said being in a Marvel movie would be his “dream role”.

“Since they are always such massive productions with superb, talented actors, if I even get to be in one, it will be amazing.

“I can also do my own stunts since I love doing them. Also, I love to imagine myself as those tiny action figures,” he said.

“I would also like to work with a filmmaker to tell my father’s story about when he escaped from Cambodian genocide to come to the UK as a refugee.”