Legacy of a Bollywood classic 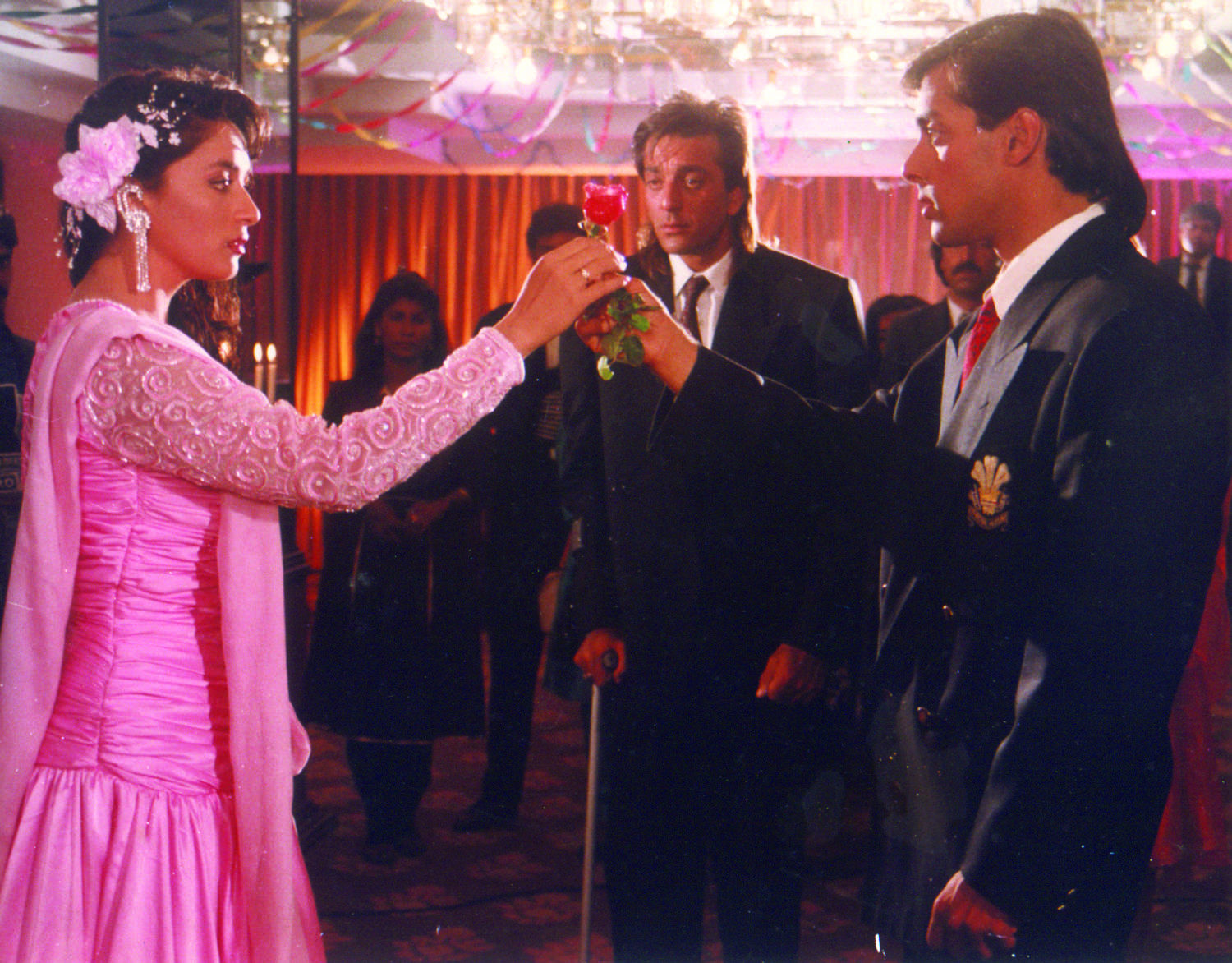 THIS week marks the 30th anniversary of Bollywood classic Saajan. Powered by marvellous music, the massively popular movie starring Madhuri Dixit, Sanjay Dutt and Salman Khan was a blockbuster success when it released on August 30, 1991.

To mark three decades of the terrific love triangle, Eastern Eye presents 30 fun facts about the film and its legacy.

1. Saajan was the highest grossing Bollywood film of 1991 and the only blockbuster success of director Lawrence D’Souza’s career.

2. D’Souza had started as a cameraman, so along with directing Saajan, he also did the cinematography.

3. Saajan was written by Reema Rakesh Nath, who is the mother of actor Karan Nath and director of flop Madhuri Dixit film Mohabbat (1997).

4. Aamir Khan was the first choice to play Aman Verma but rejected the role because he apparently wasn’t happy with the film having a novice director. Sanjay Dutt eventually played the role, and it was one of the biggest successes of his career. In later years, Aamir Khan said: “Sanjay Dutt and Salman Khan ended up doing the film, which turned out to be a super-duper hit. It’s good I didn’t do it because I might have spoiled the film had I starred in it. Saajan was perfect for Salman and Sanju.”

5. Bengali superstar Prosenjit Chatterjee claimed that he and Rishi Kapoor were approached to star in Saajan but he turned down the chance because of his commitment to Bangla movies.

6. Actress Ayesha Jhulka was initially cast in Saajan but was struck down with illness and replaced by Madhuri.

7. Madhuri instantly agreed to be part of the film after reading the romantic script and falling in love with the poetic dialogues in Saajan.

8. Madhuri also revealed that a lot of her close friends and film fraternity members had told her not to sign up to star in Saajan. She said: “A lot of my well-wishers had dissuaded me from signing it, arguing, ‘they are taking an action hero like Sanjay in the role of a crippled man. Your film is going against his image. God only knows what will happen to it.”

9. Reema Lagoo plays the mother to both leads but was only seven years older than Salman Khan and just a year older than Sanjay Dutt in real life.

10. Ekta Sohini played a small role as Salman Khan’s love interest in Saajan and went on to marry actor Mohnish Bahl, who had starred with the actor in blockbuster hits Maine Pyar Kiya (1989) and Hum Aapke Hain Koun (1994).

11. Today Salman Khan charges many millions of pounds along with a share of the profits to be in a film, but for Saajan he was only paid Rs 11 lakh, which is around £11,000. Meanwhile Madhuri Dixit and Sanjay Dutt were paid Rs 12 lakh each for their respective roles.

12. Ghazal superstar Pankaj Udhas makes a cameo as himself, performing the song Jiye To Jiye Kaise. He had previously made a similar cameo in Sanjay Dutt starrer Naam (1986), where he performed the song Chithi Aayi Hai on stage.

13. The central love triangle bares striking similarities to the classic 1897 French play Cyrano De Bergerac, which had been turned into an internationally successful movie the year before.

14. Legendary composing duo Laxmikant Pyarelal were the first choice to provide songs for Saajan, but they gave priority to more established filmmakers and wouldn’t commit to the project or give a start date.

15. An initial poster had been released with music directors Laxmikant Pyarelal and lyricist Anand Bakshi, but they were both replaced by Nadeem-Shravan and Sameer, respectively.

16. When Nadeem Shravan were approached to provide music for Saajan something extraordinary happened. Director of the film Lawrence D’Souza said: “After I narrated the subject to Nadeem-Shravan, they provided me with seven songs in an hour.”

17. The Saajan soundtrack, which contained huge hits like Jiye To Jiye Kaise, Bahut Pyar Karte Hain and Mera Dil Bhi Kitna Paagal Hai was the highest selling of that year.

20. On the sets of Saajan, Sanjay Dutt apologised to Madhuri Dixit for multiple news reports that had appeared about them being involved with one another in real life.

23. The popularity of the film was such that Saajan appeared in the title of many Bollywood releases in subsequent years, including Sapne Sajan Ke (1992), Saajan Ka Ghar (1994), Saajan Ki Baahon Mein (1995) and Saajan Chale Sasural (1996), but none were as successful.

24. Saajan was Salman Khan’s first official film release in Canada and then had a rerun in cinemas there a year later because of its popularity.

26. A portion of horror film Raaz (2002) was shot at the same forest location shown in the song Dekha Hai Pehli Baar.

27. From two strangers being connected by written words to Irrfan Khan’s lead character being named Saajan Fernandes, there are plenty of subtle nods to the 1991 musical in internationally acclaimed film The Lunchbox (2013).

28. Lawrence D’Souza announced his intention to make the sequel Saajan 2 in 2013 with a new love triangle but found few takers for the idea and the project never happened.

29. D’Souza had also toyed with the idea of remaking the original Saajan with a new generation of younger actors, but that also never happened.

30. Stebin Ben’s 2018 cover version of Mera Dil Bhi Kitna Pagal Hai clocked up over 60 million views on YouTube and helped establish him as a singing star