This project is Kartik’s first big announcement following the release of his last film ‘Bhool Bhulaiyaa 2’ which had turned out to be a massive hit. 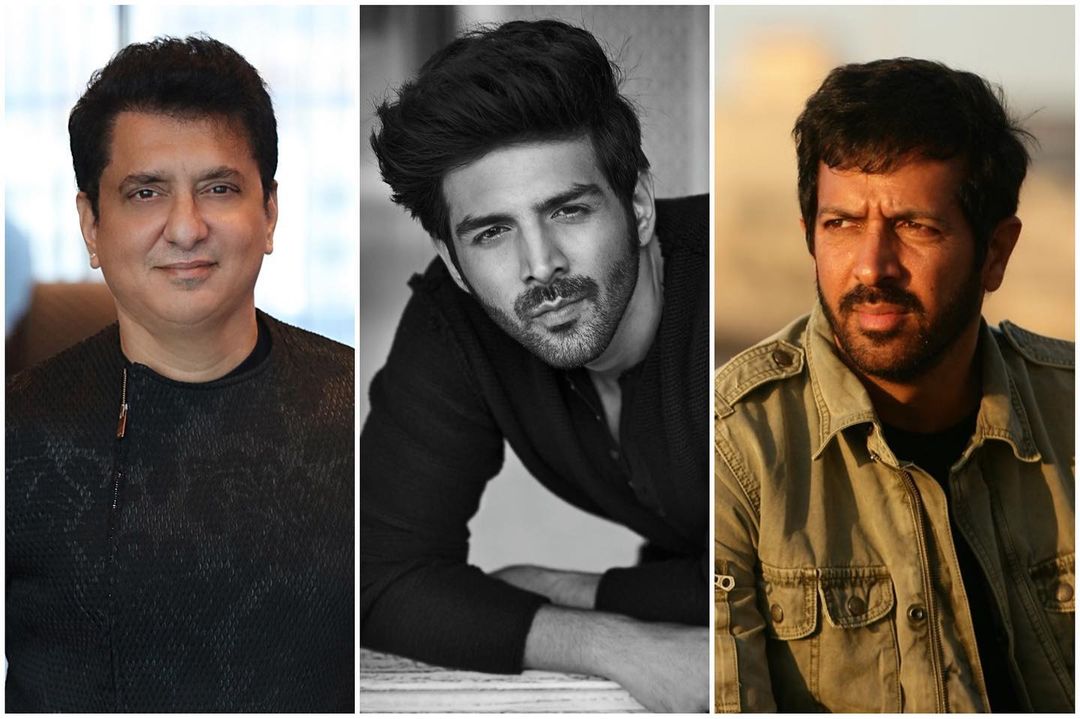 Bollywood actor Kartik Aaryan, on Monday, revealed that he has signed a project with Sajid Nadiadwala’s production house which will be helmed by Kabir Khan.

The ‘Bhool Bhulaiyaa 2’ actor took to his Instagram handle and shared a picture collage that featured him along with Nadiadwala and Kabir. Along with the image, he wrote, “This one is very special. Super excited to embark on this exciting journey with one of my favorite filmmaker’s @kabirkhankk and #SajidNadiadwala Sir. @nadiadwalagrandson @wardakhannadiadwala.”

Though the details of the project have been kept under wraps, it is speculated to be a massive entertainer on a large-scale production based on true events.

Nadiadwala Grandson also shared a tweet regarding the project. It read, “Happy to announce our next, directed & jointly produced by @kabirkhankk starring @TheAaryanKartik. Going on floors early next year. Marking the coming together of #SajidNadiadwala, #KabirKhan & #KartikAaryan. This big-scale spectacle is based on a true story!”

This project is Kartik’s first big announcement following the release of his last film ‘Bhool Bhulaiyaa 2’ which had turned out to be a massive hit. It will also be his first collaboration with Nadiadwala and Kabir.

Meanwhile, apart from this project, Kartik will be next seen in Rohit Dhawan’s ‘Shehzada’ opposite Kriti Sanon. It is the Hindi remake of the Telugu blockbuster ‘Ala Vaikunthapurramuloo’, which starred Allu Arjun.

Apart from ‘Shehzada’, Kartik will be seen in ‘Freddy’ opposite Alaya F. Produced by Ekta Kapoor, the film is touted to be a romantic thriller.

Kartik also has Hansal Mehta’s ‘Captain India’ in his kitty. Bankrolled by Ronnie Screwvala and Harman Baweja, the film revolves around India’s most successful rescue operations from a war-torn country.