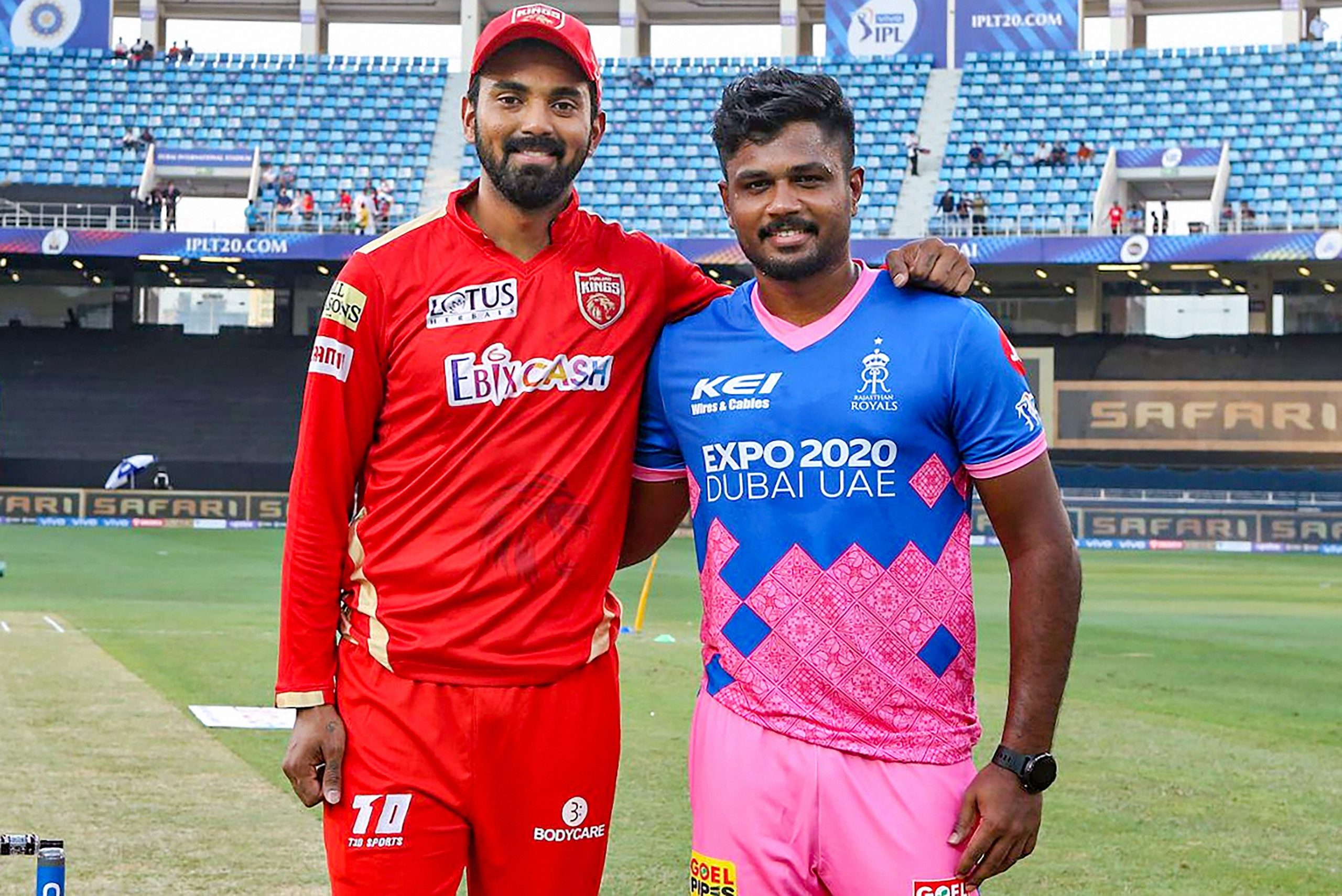 KL Rahul and Sanju Samson prior to the start of an IPL match between Punjab and Rajasthan. (BCCI/PTI Photo)

PACER Kartik Tyagi defended four off the last over as Rajasthan Royals edged out Punjab Kings by two runs in an Indian Premier League thriller on Tuesday (22).

Needing 18 off 18 balls, Punjab lost their way and Tyagi gave away just one run and took two wickets in the 20th over to keep the opposition down to 183 for 4 while chasing 186 in Dubai.

Rajasthan, who come into the revived Twenty20 tournament in the United Arab Emirates without their key England imports, posted 185 with Yashasvi Jaiswal top-scoring with 49.

But Tyagi and fellow quick Mustafizur Rahman, who gave away just four runs in the 19th over, kept Rajasthan in the hunt for the play-offs as they stayed fifth in the eight-team table.

“It’s funny that we kept believing (that we could win),” said Rajasthan skipper Sanju Samson.

“I kept the overs of Mustafizur and Tyagi for the end, believing. Cricket is a funny game right. We just kept fighting and believing.”

Evin Lewis of the West Indies hit a quickfire 36 and put on 54 with fellow left-hander Jaiswal after Rajasthan were invited to bat first.

Jaiswal fell short of his fifty but hit six fours and two sixes in his 36-ball knock before Mahipal Lomror contributed 43.

In reply, skipper KL Rahul (49) and Mayank Agarwal (67) put on 120 for the first wicket to set up the chase in the absence of the big-hitting Chris Gayle who was left out of the team.

South Africa’s Aiden Markram made an unbeaten 36 and Nicholas Pooran hit 32 before falling to Tyagi on the third ball of the final over.

The tournament resumed on Sunday (19) after it was halted in May because of a devastating surge in pandemic deaths in India, prompting foreign players to rush home.