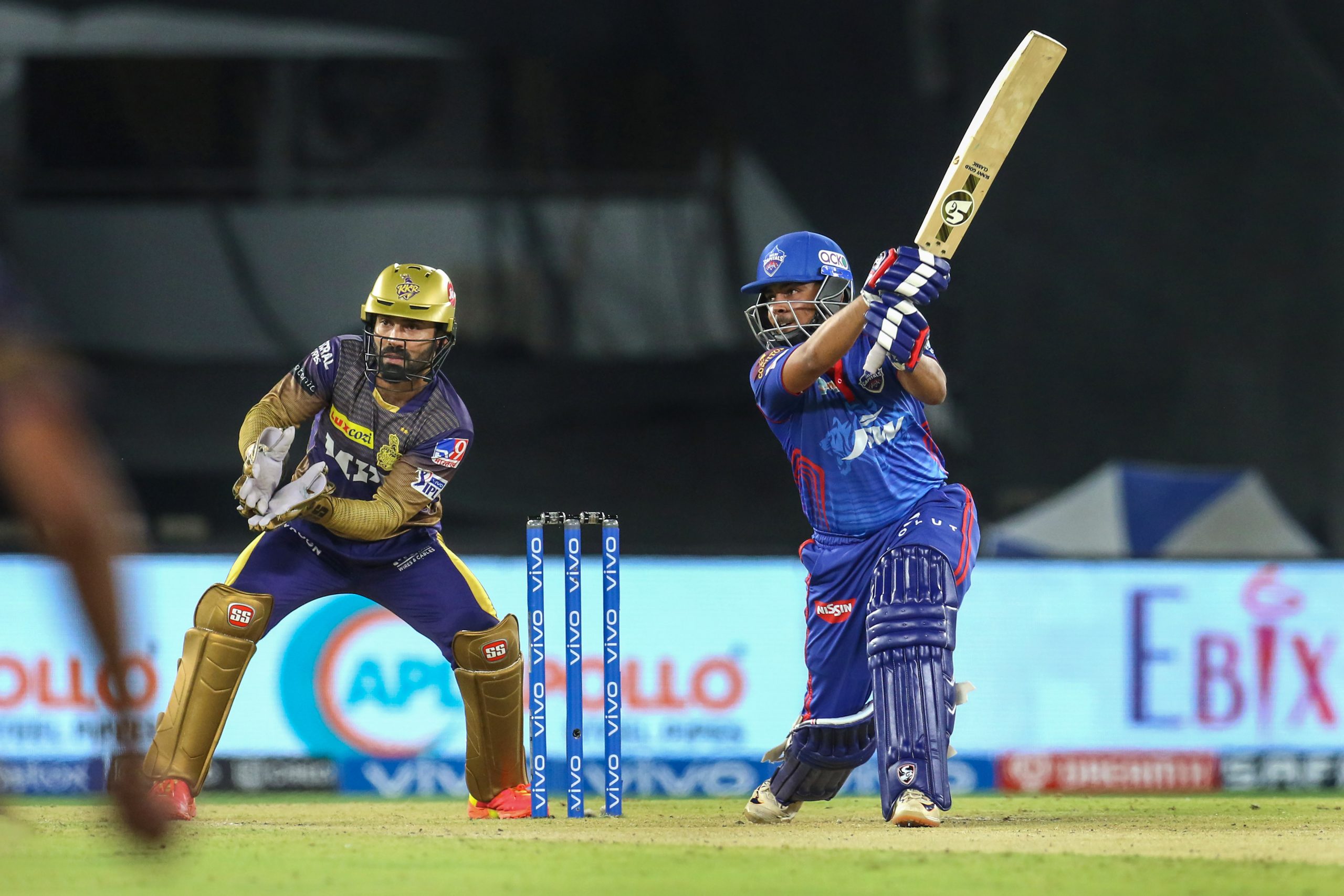 OPENER Prithvi Shaw blasted six boundaries in the first over during his breezy knock of 82 as Delhi Capitals thrashed Kolkata Knight Riders by seven wickets in an IPL 2021 match on Thursday (29).

Coming out for the run-chase of 155 runs, Shaw scored six fours off Shivam Mavi’s first over, who started the proceedings for Kolkata.

Along with Shikhar Dhawan (46 off 47 balls), Shaw put up a 132-run stand as both the openers blew Kolkata’s attack apart. Shaw fell in the 16th over after facing 41 deliveries, which consisted of 11 fours and three sixes. Delhi chased down the target with 3.3 over to spare.

This was Delhi’s fifth win in seven matches while Kolkata suffered their fifth defeat from seven matches. Shaw notched up his third half-century off 18 balls, his third this season from seven games. For Kolkata, Pat Cummins finished with excellent figures of 3 for 24.

Earlier, put in to bat, Kolkata suffered yet another batting collapse before Andre Russell lifted them to 154 for six. At the end of 10 overs, Kolkata were 69 for one but soon slumped to 82 for five in the next three overs before Russell played a rescue part with his 27-ball 45 not out.

Opener Shubman Gill top-scored with a 38-ball 43, as he failed to convert his solid start into a big score.

For Delhi, Axar Patel and Lalit Yadav bagged two wickets each. Kolkata were 45 for one at the end of Powerplay and with the fall of Eoin Morgan and Sunil Narine for ducks in the space of three balls. They were soon reduced to 75 for 4 in 11 overs and thanks to Russell’s knock Kolkata managed to put up a decent score on the board.