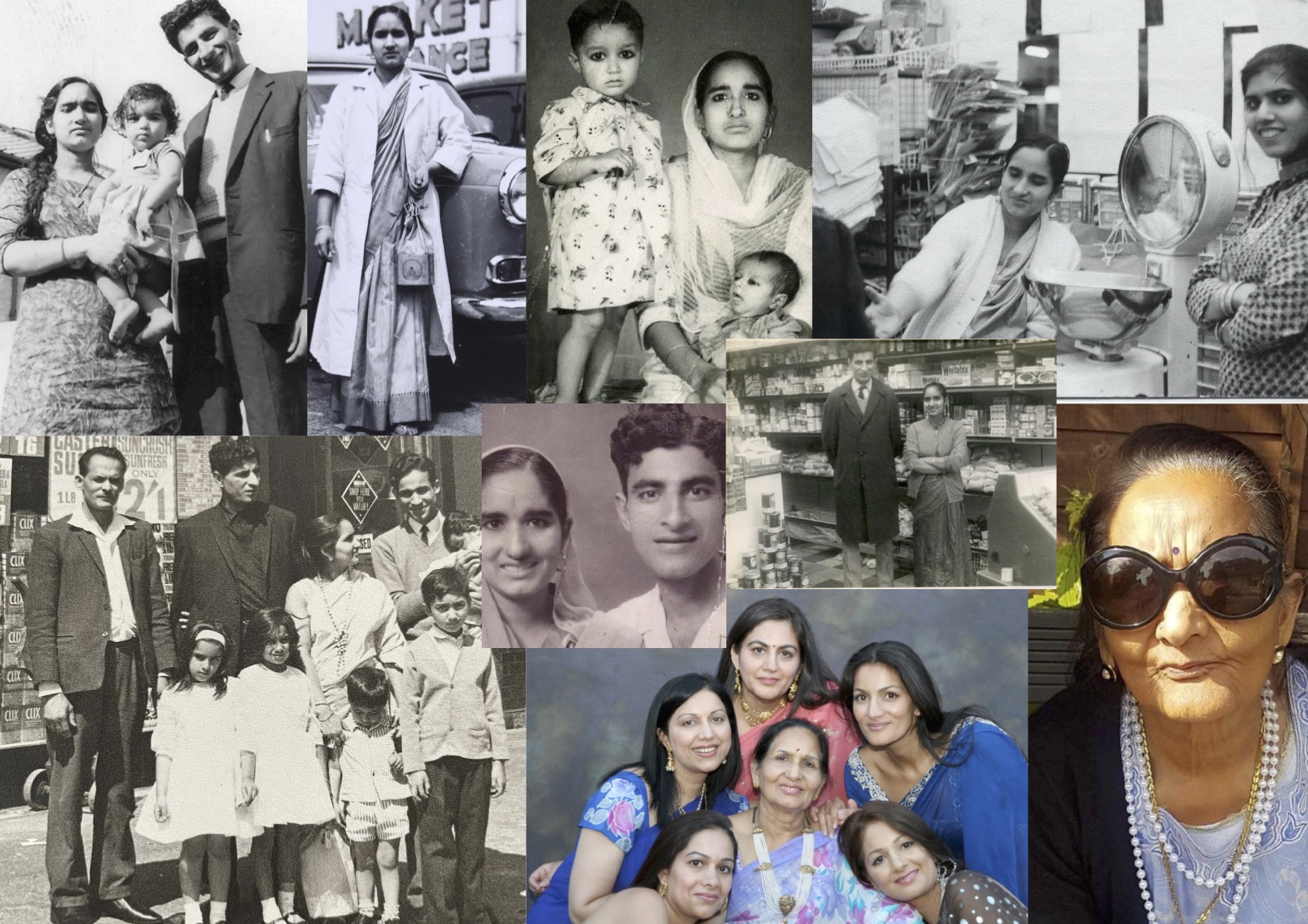 The month-long celebration of south Asian history and culture is not complete without the pioneering stories of first-generation immigrants, who overcame incredible odds and went on inspiringly long journeys to the West, away from all they knew. Many of these stories are of everyday heroes like Kamlesh Bajaj, who passed away aged 84 earlier this year. Hers is a beautiful story that mirrors so many inspiring elders – which was told to Eastern Eye by her son Sushil Bajaj – of a journey from a small village to facing the horrors of Partition to laying the foundation for generations in the West.

She was born, Kaushalaya Manuja, in Hanumangarh in undivided Punjab on October 22, 1937, to Chaudhary Sain Dass Manuja and Jind Vadi Manuja. She was the seventh of eight siblings and the youngest of the girls in a farming family. The spirited child insisted on going to school at a time when even a primary education was not common for girls in rural Punjab. Her deep desire was to be a doctor, but she was just given a rudimentary education. Sitting under a tree, slate in hand, the only girl in a classroom of boys acquired the basics of Hindi, Urdu, the English alphabet and a little arithmetic. She was not yet 10 years old when the family faced the horrors of Partition and had to move to India. After a period in refugee camps in the newly independent India, the family settled in the small village of Faridpur, which had no electricity, just had a handful of houses and was a long cart ride away from the nearest town. This sleepy little village would become home for almost 10 years and her entire world. She never imagined how far away from there her life’s journey would take her.

On March 15, 1957, Kaushalaya married Hari Chand Bajaj. He was smitten from the very first time he secretly travelled to Faridpur to catch a glimpse of her, and in him she found the abiding love of her life. Soon after they married, Kaushalaya became Kamlesh. For more than 55 years they stood by each other through thick and thin.

The first film she saw with her husband was Naya Daur and a song from it, Sathi Hath Badhana became her life mantra. During their marriage, he would affectionately call her by many names, including Bhambiri, in recognition of her unflagging energy, but to her, he was always, Bajaj Saab. At the time of her marriage, Bajaj Saab was a constable in the Delhi police, and they set up their first home near Gol Dak-khana in New Delhi.

In 1959, he was presented with the opportunity to move to England to work in the security section of the Indian High Commission in London. A year later, Kamlesh travelled with her son, Sushil, and daughter, Sunita, by ship from Bombay to join him in London. Over the years, the birth of Rita, Tony, Anu, Suman and Madhu completed their family. In the fullness of time, she would also become an adoring grandmother to Vickesha, Jessica, Jason, Sakhee, Milli, Vishal, Manav, Nihaal, Cameron and Jasmine. 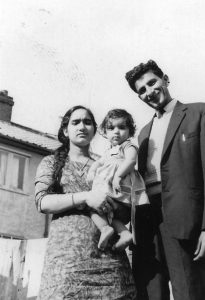 After Bajaj Saab completed his mandated stint in the High Commission, they decided to stay on in England and set up home in Slough. He found manual work in a factory and she concentrated on bringing up their children. Bajaj Saab gave up his job to start a small business selling Indian handicrafts and groceries, with Kamlesh by his side.

Not long after that they moved to London and bought their first grocery store on Shepherds Bush Road. For the next five decades through various businesses on Goldhawk Road, Shepherds Bush Market, Uxbridge Road, in Notting Hill Gate, on Marylebone Road, in Hammersmith and Ladbroke Grove, in Watford and in Wembley, Kamlesh worked untiringly with her husband, while bringing up her children.

Though her education had been limited she acquired the skills to help run their various businesses as an equal partner. In 1974, after having trawled through a series of homes, often above or very close to their current business, Kamlesh and Bajaj Saab moved to a house in Wembley Park, which would become the family home filled with love for the next 47 years. Kamlesh was a dedicated wife to Bajaj Saab and a fiercely protective mother to her children, but her greatest achievement was that from the very early days she became an inspiration and a support to so many people who came from India after her. Despite her limited education, she used her spirit and warmth to communicate to a multitude the art of the possible.

Her open house, untiring and unflagging spirit, warmth, wisdom and hospitality made her the person to turn to. She became the anchor not only for her immediate family, but became Kamlesh ji, Badi Maa, Big Mummy, Bhabi ji, Didi ji to a whole community.

Her generosity and compassion became legendary. To this day her children are often approached by absolute strangers who speak of the profound effect she had on their lives. Her home became the centre of social life for the community and would host many traditional celebrations and treated everyone with abiding respect. Kamlesh gave her children the education she never had and saw them thrive. Her love and affection became life-altering for so many. 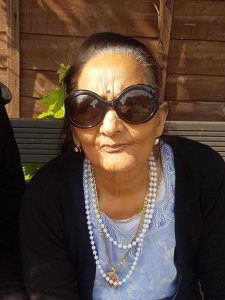 Her Bajaj Saab passed away in 2012 and took with him Kamlesh’s will to live. Her health began to fail, and she was afflicted with Alzheimer’s disease. Yet, her presence continued to light up the lives of those she came in touch with. On March 15, 2021, she peacefully passed away in the presence of family. She left a legion of admirers and loved ones, to be with her Bajaj Saab again, on what was their 64th wedding anniversary. All her siblings pre-deceased her, as did so many of her loved ones. They will be having quite a get together in heaven.