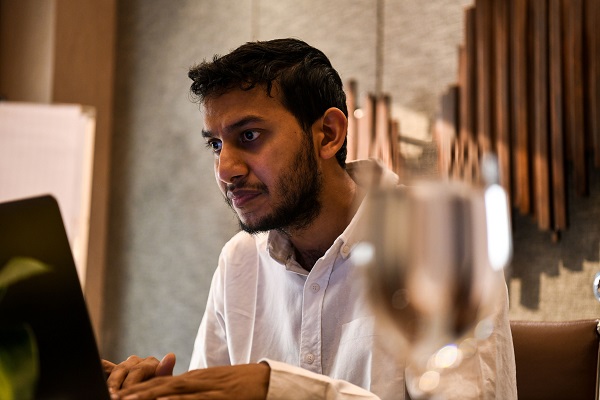 "Under Mandar's leadership, we look forward to establishing a strong relationship with asset owners in these regions while staying true to our mission of delivering a chic hospitality experience at hard-to-ignore prices," Agarwal added (Photo: CHANDAN KHANNA/AFP/Getty Images).

INDIAN hospitality firm OYO Hotels and Homes which has a notable presence in the UK has appointed Mandar Vaidya as the chief executive officer (CEO) for South-East Asia and the Middle East.

The latest top-level appointment is effective from August 1, 2019, the company said on Wednesday (7).

The latest move by the Ritesh Agarwal founded business came as part of its focus on its high potential markets, South-East Asia and the Middle East, the company said in a statement.

Vaidya has over 15 years of experience. He would be responsible for driving business growth for OYO in these two regions, which include markets like Indonesia, Malaysia, the Philippines, Vietnam, UAE, and the Kingdom of Saudi Arabia, OYO said in a statement.

Commenting on the latest appointment, OYO Hotels and Homes founder and CEO Ritesh Agarwal said: “.…He takes charge of strengthening OYO’s presence in Southeast Asia and the Middle East.

“These two markets are crucial for OYO’s international expansion strategy.”

“Under Mandar’s leadership, we look forward to establishing a strong relationship with asset owners in these regions while staying true to our mission of delivering a chic hospitality experience at hard-to-ignore prices,” Agarwal added.

Agarwal’s business has increased its presence in the UK to over 100 hotels across 25 major cities and towns, including London, Manchester, Edinburgh, Glasgow, Blackpool, and Torquay.

According to the company, its UK business, which is less than a year-old, has tripled its portfolio in recent months.

The Indian business listed 100th hotel in the UK last month and is planning to invest £40 million in Britain this year.

The Softbank-backed hotel company had seen occupancy rates over 85 per cent around the country.

OYO Rooms was founded six years ago. It started its operations in the UK last year as part of a rapid global expansion strategy.

At present, OYO Rooms has its presence in over 800 cities globally.

OYO functions as a franchise model in which it partners with independent hotels, allowing available rooms to be listed on an application.

The company doesn’t build or own hotels. It approaches the independent hotel owners and offers to invest to improve their business. Thus, the hotels are re-branded as OYO Rooms.

At present, OYO is working on an ambitious $300m business expansion in the US.