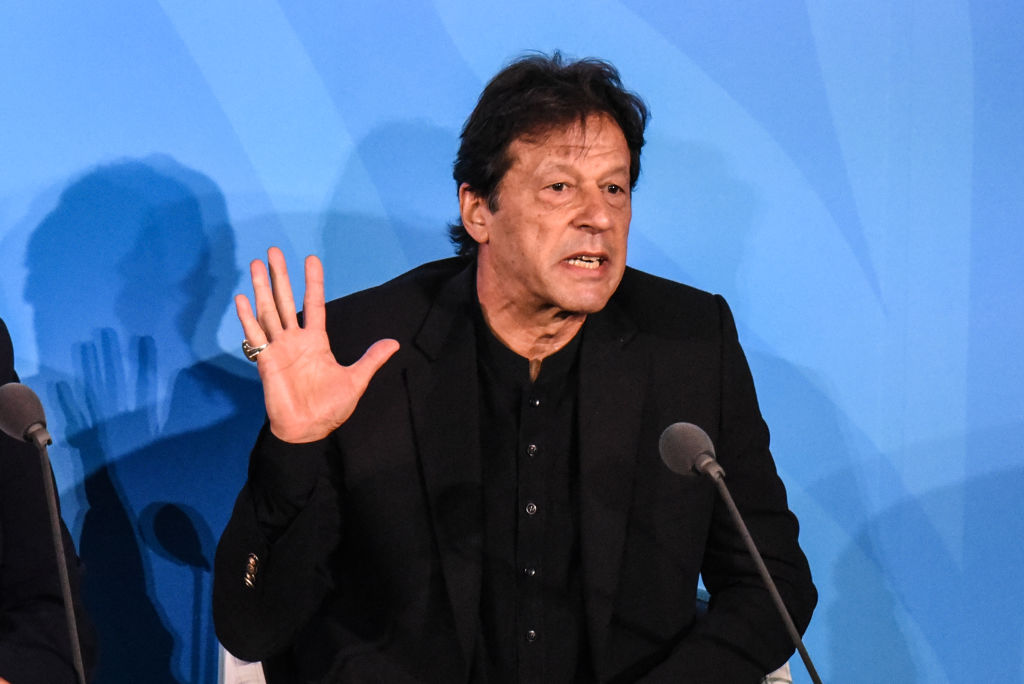 PAKISTAN’S opposition leader Shehbaz Sharif on Saturday (24) rejected prime minister Imran Khan’s remarks that Islamabad would let the people of Kashmir decide if they want to join Pakistan or become an “independent state”. He said Khan was deviating from the country’s “historical and constitutional position” by proposing a second referendum other than the one mandated by the UN.

Departing from Pakistan’s declared policy on Kashmir, Khan during two election rallies in Pakistan-administered Kashmir on Friday (23), ahead of Sunday’s (25) polls, said that following the UN-mandated referendum, his government “will hold another referendum” to give the people of territory “a choice to either live with Pakistan or become an independent state”.

During the election rallies, Khan brushed aside allegations by his opponents that he wanted to convert Pakistan-administered Kashmir into a province and said he did not know as to where this idea had stemmed from.

Khan’s remarks came after PML-N leader Maryam Nawaz claimed that the federal government had taken a decision to change the status of the region and make it a province.

As per Pakistan’s declared policy on Kashmir, the issue should be resolved as per the UN resolution through a referendum allowing Kashmiris to choose either Pakistan or India. There is no third option of independence in the UN resolution.

India has asserted that Jammu and Kashmir “was, is and shall forever” remain an integral part of the country.

New Delhi has also told Islamabad that issues related to Jammu and Kashmir are its “internal matter” and the country is capable of solving its own problems.

Reacting to Khan’s remarks, Pakistan Muslim League-Nawaz (PML-N) president Sharif in a statement slammed the idea, saying the prime minister was deviating from Pakistan’s “historical and constitutional position” by proposing another referendum.

“The entire nation rejects anything other than Pakistan’s historic position on the Jammu and Kashmir dispute and UN Security Council resolutions,” he said.

“The Jammu and Kashmir dispute will be decided according to a transparent and independent plebiscite under the auspices of the United Nations and this is the position of the people of Pakistan and Kashmir,” he said.

He said that “imposing a solution on Kashmiris without their consent and consultation is tantamount to helping India and betraying the Kashmir cause.”

Separately, Maulana Fazlur Rehman of Jamiat Ulema-i-Islam Fazl (JUI-F) also criticised the remarks of Khan, saying it proved the concerns of the opposition that the current government was following former president Pervez Musharraf’s policy to make “unilateral concession on Kashmir”.

Rehman said that the proposal of holding a referendum in Kashmir without Gilgit-Baltistan was a betrayal of the struggle of Kashmir.

Rehman warned that his party would not allow Khan’s agenda to be fulfilled under any circumstances.