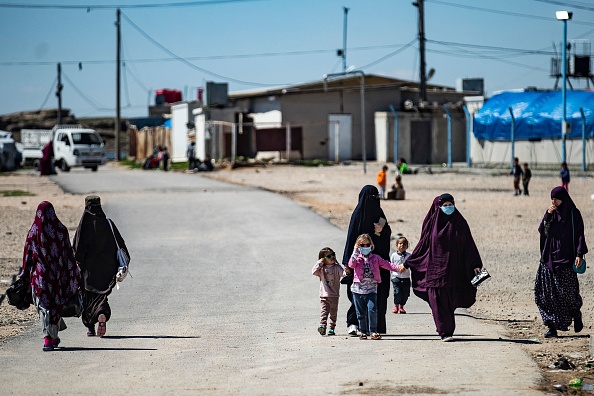 A RECENT court ruling in favour of a suspected Daesh member- a grandmother who was stripped off her British citizenship in 2019- has raised hopes for more Jihadist looking to return to the UK, a media report stated on Sunday (1), adding that the ruling has sent a “panic through Whitehall”. The woman is currently in the same camp as jihadi bride Shamima Begum.

Belonging to the north of England, the woman, known only as D4, had her citizenship removed in 2019 for what government sources say were reasons of national security, reports said.  D4 has been detained in the al-Roj camp since January 2019 alongside other women and children caught while leaving Isis territory, the high court heard in the proceeding.

The High Court ruled on Friday (30) that it was unlawful for the government to strip D4 of her citizenship since Home Office had failed to inform her and not told her it was doing so and that makes the order “invalid”. The court ruled that D4 remains a UK national, The Times reported.

As per the reports, Friday’s court ruling concluded: “You do not ‘give’ someone ‘notice’ of something by putting the notice in your desk drawer and locking it. The home secretary’s failure to give notice of her decision to deprive D4 of her citizenship invalidates the order. D4 remains a British citizen.”

As per the law, the government “must give the person written notice” of a citizenship deprivation decision, providing reasons for it and notifying them of their right to appeal. In 2018, the Home Office had changed regulations for someone of their whereabouts are unknown or if they do not have a lawyer, making it “deemed to have been given” to the person in question even if the Home Office made a record of it and put it on their file.

Calling the change in law as “very substantial interference”, the judge said that the government either has to give people notice or change the law.

The judgment found the government had gone beyond its legal powers by removing a requirement to inform people who are being stripped of their nationality.

The judgment is said to have sent panic through Whitehall amid fears it might lead to up to 28 suspected jihadists claiming the right to return to the UK.

Deprivation of citizenship has been a major part of the UK’s response to those who have travelled to Daesh-controlled areas under efforts to prevent jihadis returning from Syria, by depriving them of travel documents and any right to assistance or repatriation.

The ruling might spark other legal challenges by alleged Daesh members who were subjected to the same procedure, something which is expected to force the Home Office to change its processes.

Daesh members are believed to make up a significant proportion of at least 150 people who have had their British citizenship removed for the “public good” since 2014.

The Kurdish authorities holding D4, Begum and numerous alleged such members belonging to Britain have repeatedly called for the UK to repatriate them.

Of more than 900 people who travelled to Syria and Iraq from the UK, an estimated half have returned but only around 40 were successfully prosecuted, reports said.

A Home Office spokesperson has said that strongest possible action will be taken to “protect our national security and the priority remains the safety of our citizens”.

“We are carefully considering the implications of this ruling, including an application to appeal,” Home Office spokesperson said.