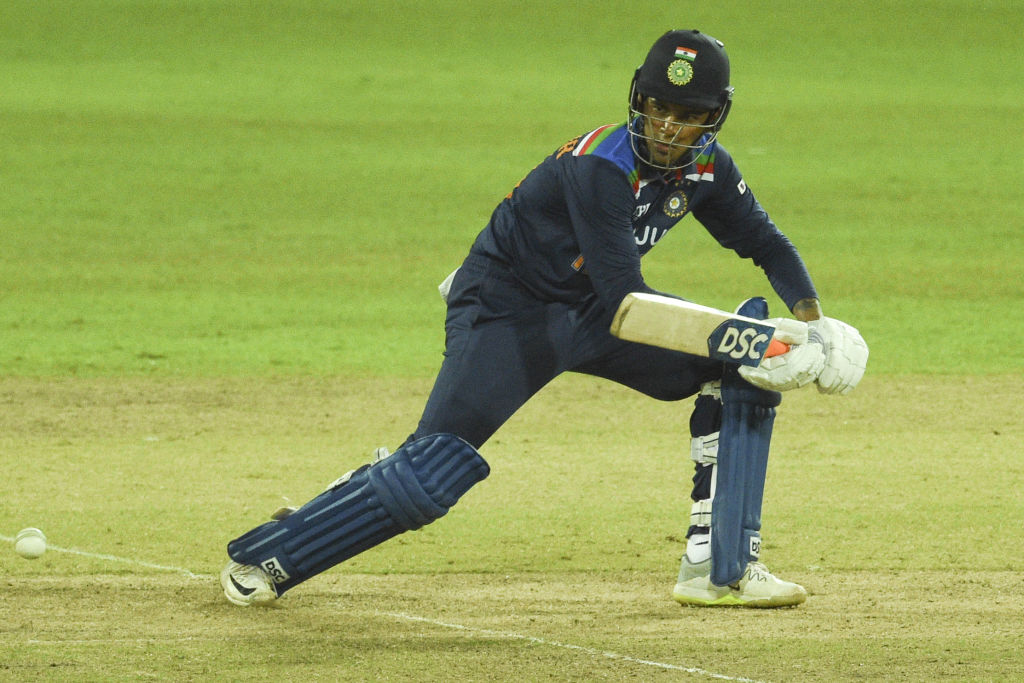 India’s Rahul Chahar plays a shot during the third one-day international cricket match between Sri Lanka and India at the R Premadasa Stadium in Colombo on July 23, 2021. (Photo by ISHARA S. KODIKARA/AFP via Getty Images)

THE ongoing third ODI between India and Sri Lanka in Colombo is only the second instance in history when India handed debuts to five players in a 50-over match.

Chahar and Samson have already played T20 Internationals for India, but got their ODI caps on Friday (23) at the R Premadasa Stadium.

The only time when India had five debutants in an ODI was against Australia in December 1980 at the iconic Melbourne Cricket Ground when spinner Dilip Doshi, Kirti Azad, Roger Binny, Mumbai’s stylish batsman Sandeep Patil and Tirumalai Srinivasan made their debuts

Left-handed batsman and wicket-keeper Ishan Kishan and Mumbai’s Suryakumar Yadav had made their ODI debut in the first game at the same venue.