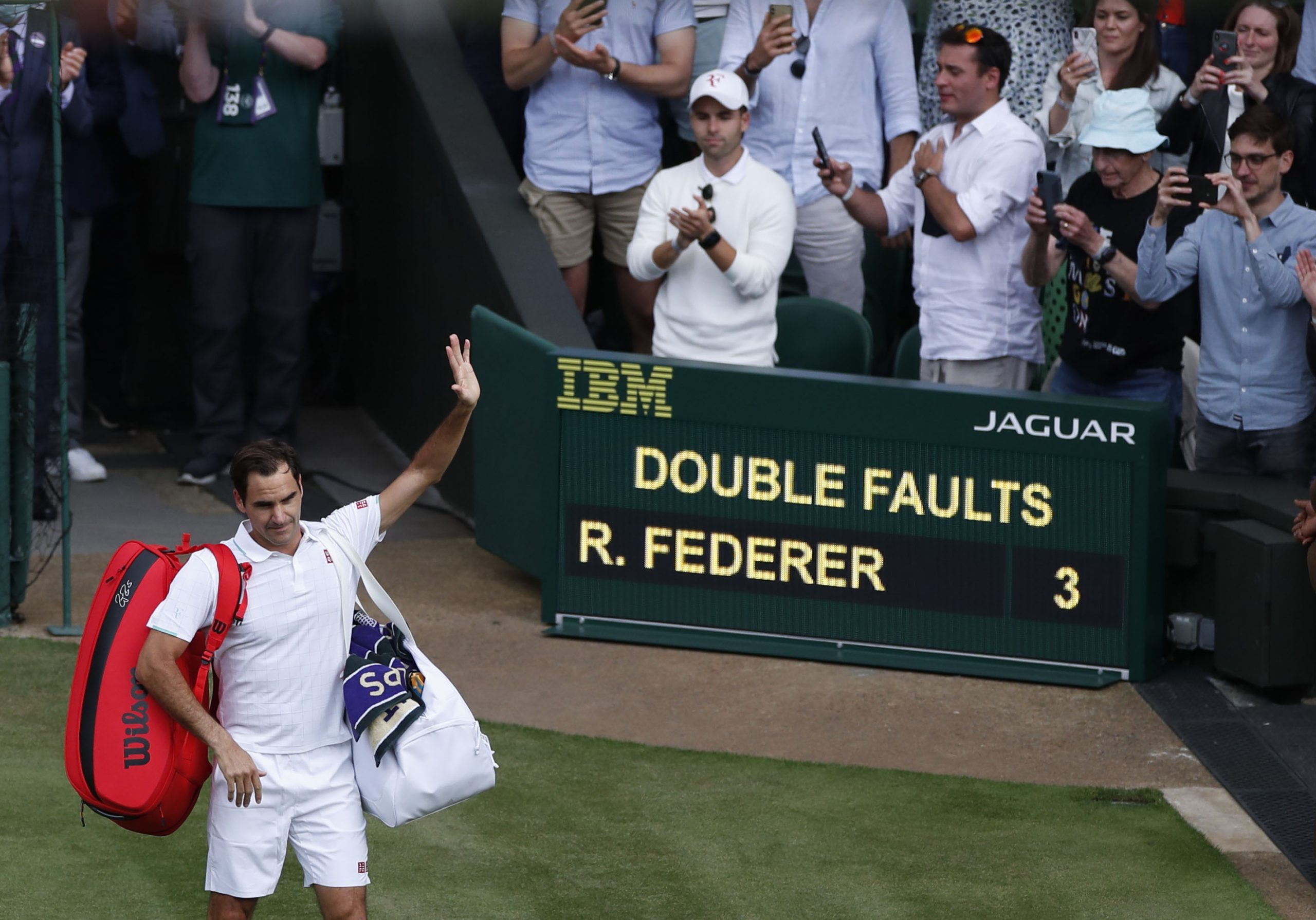 ROGER FEDERER crashed out of Wimbledon in the quarterfinals at the hands of Poland’s Hubert Hurkacz on Wednesday (7), potentially bringing down the curtain on the Swiss legend’s All England Club career.

It was only the eight-time Wimbledon champion’s 14th defeat at the tournament in 119 matches and his first straight-sets loss since an opening round exit against Mario Ancic in 2002.

It was also the first time he had lost a set 6-0 at Wimbledon.

World number 18 Hurkacz, 24, had never got beyond the third round of a Grand Slam before this Wimbledon.

However, boosted by having defeated world number two Daniil Medvedev in five sets in the last 16, he was a break up on a sluggish-looking Federer in the sixth game of the opening set.

The Swiss star, who underwent two knee surgeries in 2020, carved out a break for 2-0 in the second set.

He couldn’t hang on and Hurkacz levelled in the seventh game from 1-4 down before dominating the tiebreak.

Federer looked punch drunk and he was quickly down 0-2 in the third set before Hurkacz wrapped up the decider in just 29 minutes.

He is only the second Polish man to reach the semifinals at Wimbledon – Jerzy Janowicz being the other in 2013.

Up next is a clash with either Matteo Berrettini of Italy or Canada’s Felix Auger-Aliassime for a place in Sunday’s final.

“He would never ever say if there was a niggle, but I don’t know if we will ever see the great man again here.”