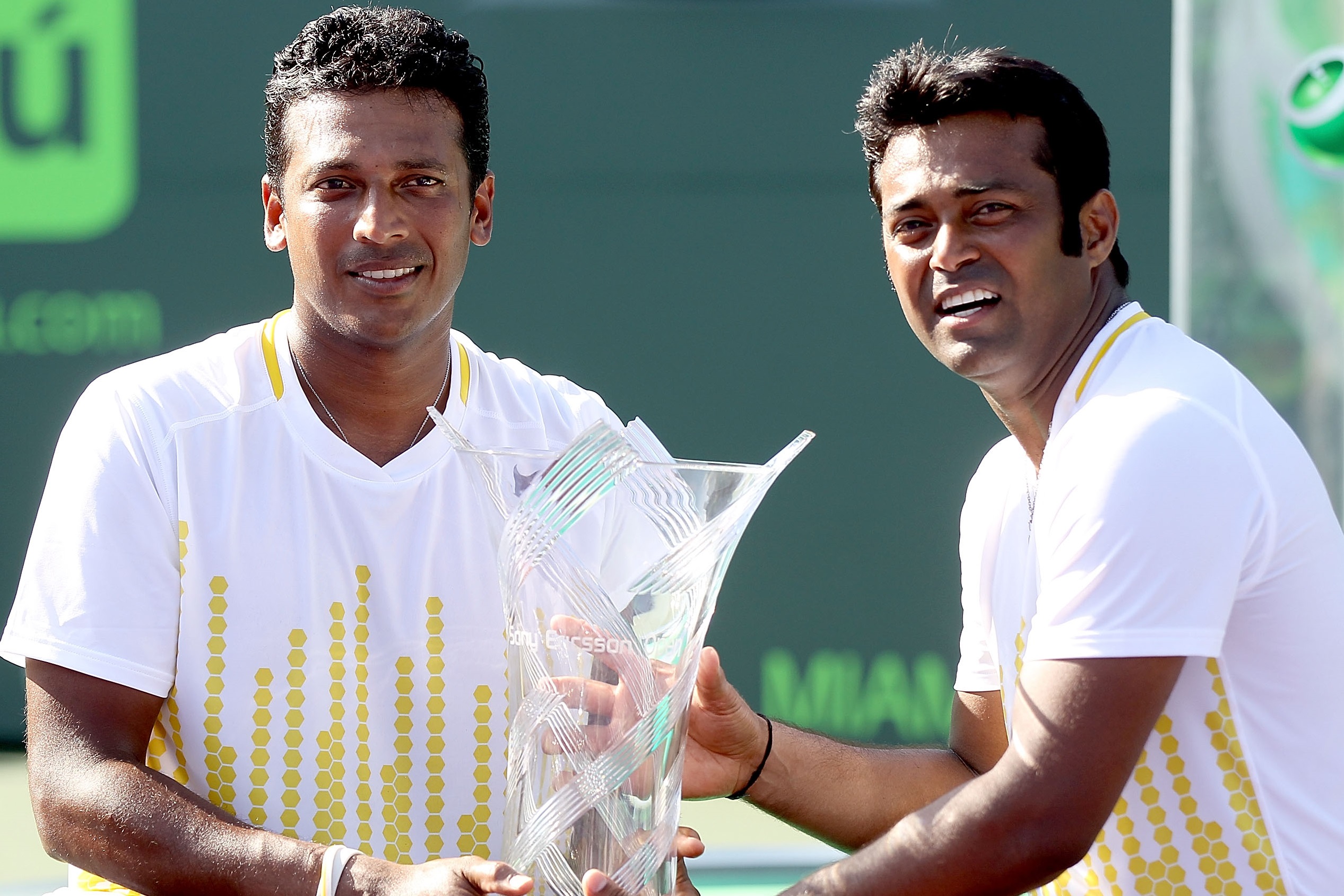 KEY BISCAYNE, FL – APRIL 02: Mahesh Bhupathi (L) of India and Leander Paes of India pose with the trophy after their match against Daniel Nestor of Canada and Max Mirnyi of Belarus during the men’s doubles championship at the Sony Ericsson Open at Crandon Park Tennis Center on April 2, 2011 in Key Biscayne, Florida. (Photo by Matthew Stockman/Getty Images)

Mahesh Bhupathi and Leander Paes are the two of the most famous Indian tennis players in recent times. They were doubles partners and have won several tournaments.

Their story will be showcased in the docu-series, Break Point, directed by Nitesh Tiwari and Ashwiny Iyer Tiwari.

Eastern Eye recently interacted with Bhupathi and when asked why he agreed to be a part of the docu-series, he said, “Leander and I felt that Ashwiny and Nitesh were right partners to tell the story, so that’s why we were persuaded to do it.”

Recalling how he and Paes became such a successful pair in Indian tennis history, Bhupathi said, “Our games complemented each other really well from the tennis perspective and that’s normally the secret to a successful doubles team. So, from an Indian perspective, I think it was just great that both of us were there at the same time and we were able to do special things.”

Asked what was the actual “Break Point” between him and Paes, Bhupathi said, “You have to watch the show to figure that out. There are so many game points and there are so many break points in these seven episodes, so you need to figure out which one actually was (a break point).”

On his current equation with Paes and if they are on talking terms, Bhupathi said, “Yes, of course, we talk. We have achieved so much together, so I don’t disrespect him in any way and he doesn’t disrespect me in any way. We actually spoke this morning on the phone.”

Break Point is a docu-series and we all know that it’s raining biopics in Bollywood. So, when we asked Bhupathi if he would be interested in a biopic based on him, he said, “Not sure. We were not even sure if we wanted to tell this story (Break Point). We have been offered movies multiple times in the past, but the whole package was never the correct one. This time when Nitesh and Ashwiny came to the table they were definitely the catalyst to make this happen.”

Break Point will start streaming on Zee5 on 1st October 2021.