Exclusive: “If you raise something you are going to be targeted – you’re criminalised” 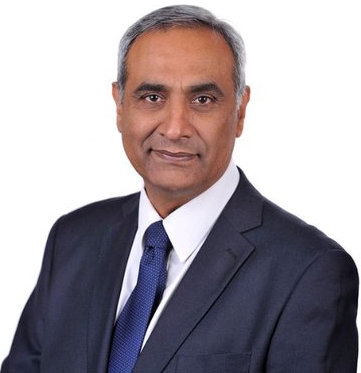 On 31 July 2015, former Met police sergeant, Gurpal Virdi, stood on the steps of Southwark Crown Court and breathed in the air.

He had just spent the week in the dock charged with a historic case of racially and sexually abusing a 16-year-old boy.

The jury took just 50 minutes to find him not guilty.

On the court steps, Virdi told journalists, “It is disturbing that the Metropolitan Police is still campaigning, targeting me and my family, year after year.

“This has to stop. People have to be held to account and sacked. This ongoing campaign from 1998 has to stop.”

Summing up, the judge said the case may have been a conspiracy against the former sergeant.

For Virdi, this case continued to show how institutionally racist and out of control the Metropolitan Police were then.

His views today have not changed.

Virdi still maintains that the Met in 2022 remains institutionally racist and institutionally corrupt, despite the protestations of the outgoing commissioner, Cressida Dick.

Speaking exclusively to Eastern Eye, Virdi said, “You’re talking about the Daniel Morgan case [a private detective who was murdered] where an independent inquiry found the Met to be institutionally corrupt.

“We got the Wayne Couzens, [a serving Met officer who abducted, raped and murdered Sarah Everard], that shows how deep the rotten culture is at the Met.

“Then we obviously got the Charing Cross independent police report, and the officers who photographed two murdered women and sent them on WhatsApp.

“These are the kind of people you’re dealing with and is coming to the forefront because the Met police will not deal with the serious issues within their ranks.”

Virdi maintains that the Met arrested and charged him on flimsy evidence because he was being trained to be a future Labour councillor, and they could not allow that to happen.

His troubles began in 1998 when he had the temerity to “put his head above the parapet”.

Virdi had dealt with an attack on two Asians. It had all the hallmarks of the murder of Stephen Lawrence, only this time, the Met officer did the right things, and he made sure the victims’ families were treated properly.

The officer sent his testimony to the Macpherson inquiry which was looking into Stephen’s murder.

From that day, Virdi had a target on his back.

“They accused me of sending racist letters to myself and other through the internal post.

“I was dismissed from the police service, and then the case went to the employment tribunal which said that I was a victim of racial discrimination and victimisation.

“Then we got an apology from the commissioner, I was reinstated, and then my career just stopped after that.”

Virdi won £200,000 from his tribunal, but he told Eastern Eye that he would be regularly targeted by the Met’s directorate of professional standards (DPS).

“The directorate of professional standards kept targeting me every two years on one thing or another.

“So, I was a marked man, but basically, I wasn’t going away.

“I just did my 30 years. I wanted to do more because I really did enjoy my work, but I just had to leave because it was affecting my family.”

The Met came after him again even when he had left the force.

The testimony from a man who claimed that the officer had sexually assaulted him in 1986 was, to say the least, inconsistent, said Virdi.

The defence barrister listed 10 unreliable truths during his closing argument.

It included the former officer ramming an extendable police baton up the accuser’s backside.

The problem was that such batons were not issued until 10 years later.

To this day, Virdi wants justice. He wants an independent inquiry into why he was targeted and which senior officers in the Met went for him.

The Conservative MP, Sir Peter Bottomley, continues to campaign for this.

He has spoken about Virdi’s injustice regularly in parliament.

Bottomley wrote to the former prime minister, Theresa May, and the outgoing commissioner.

Even the select committee hearing into the 20th anniversary of the Macpherson report could move the dial further.

““If you raise something you are going to be targeted – you’re criminalised.

“None of the culprits were held to account. Sir Peter, thanks to him, he’s raised it so many times in parliament, but nothing’s forthcoming,” he said.

“This shows that institutional racism still carries on within the Met.”

Now Virdi is asking the next commissioner to clear out completely some areas within the Met.

“We have four departments, which really, really need to be sorted,” he explained.

“We’ve got the DPS, we’ve got the police federation, the senior management team, and the directorate of legal services.

“The new commissioner, that’s what they should be focused on.

The Metropolitan Police have not responded to our request for a comment on this case.