‘Met Police still has issues with racism and diversity’ 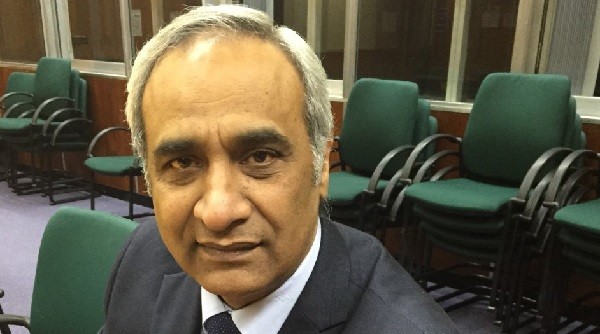 With the Met Police marking 20 years since the publication of the landmark Macpherson Inquiry into racism within its ranks, Gurpal Virdi said there has not been enough progress.

Virdi, who served 30 years with the Met, gave evidence to the public inquiry in 1999 into the murder of black teenager Stephen Lawrence by a group of white youths, which concluded the force was “institutionally racist”.

But he believes speaking out about discrimination led to him being falsely accused of racism, shunned by colleagues, turned down for promotion and wrongly accused of assault.

Virdi said police chiefs need to be held to account in order to increase diversity in the Met, but rejected claims from the force’s head of public relations that it would take 100 years to achieve.

He told Eastern Eye: “I disagree that it will take 100 years. The number of BAME people joining has increased since the early 90s, but the retention rate remains very poor.

“Most new recruits leave within five years of joining because conditions are very bad.

“Sadly most of my colleagues had left. Many leave as there are no career prospects, [due to] underlying racism and discrimination and because of high dismissal rates.

“The Met is still institutionally racist. This can be confirmed by the evidence given at the recent Macpherson 20 Years inquiry.”

Virdi, who is also a former west London councillor, added: “Stop and search figures reveal in 1999 it was six times, in 2008 seven times and in 2017 it was eight times a BAME person is more likely to be stopped and searched.

“[Met] Commissioner Cressida Dick is the first female to hold this rank. She is in a position to make changes to BAME numbers, [but] two years on there is no ‘real’ evidence to substantiate that.

“The London mayor Sadiq Khan and home secretary Sajid Javid both are in a position to hold her to account.”

Virdi joined the force in the early 1980s but was fired after being falsely accused of sending racist mail to colleagues at Ealing police station in west London.

Met chiefs later apologised and paid him damages, and he was allowed to return to work. But Virdi said he was shunned by colleagues and treated unfairly until he retired in 2012.

Since 1999, police chiefs have been trying to get the proportion of officers from ethnic minorities to match the diversity of the populations they serve. But none of the 43 forces in England and Wales has achieved that target.

Sara Thornton, chair of the National Police Chiefs Council, has called for new laws to allow forces to positively discriminate in favour of minority ethnic recruits (see related story, above).

Virdi, whose biography Behind The Blue Line talks about his experiences, said: “There was a positive drive by the government to recruit more women. Police forces with the support of the Police Federation around the country responded, [and] a third of the police are now female.

“This has been as a result of ‘positive action’. When something similar is suggested on BAME officers, it is referred to as ‘positive discrimination’. The wording is very important. London is represented by 40 per cent BAME communities, yet we only have 13 per cent of BAME officers.

“This is a very poor record for past commissioners, home secretaries, mayors and the Police Federation, and I have raised this several times.”

He added: “Sara Thornton was chief constable of Thames Valley Police. She was in a position to improve the numbers but she also sadly failed as her force only had five per cent of BAME officers.

“Ms Thornton was also chair of the National Police Chief’s council and again failed to deal with the problem. … Only now she is raising the unfairness.”

Meanwhile, Dick, Britain’s most senior police officer, said the Macpherson report was “the most important thing that’s happened in my service”.

But she does not believe the force is still “institutionally racist”.

She said: “I simply don’t see it as a helpful or accurate description. This is an utterly different Metropolitan Police.”