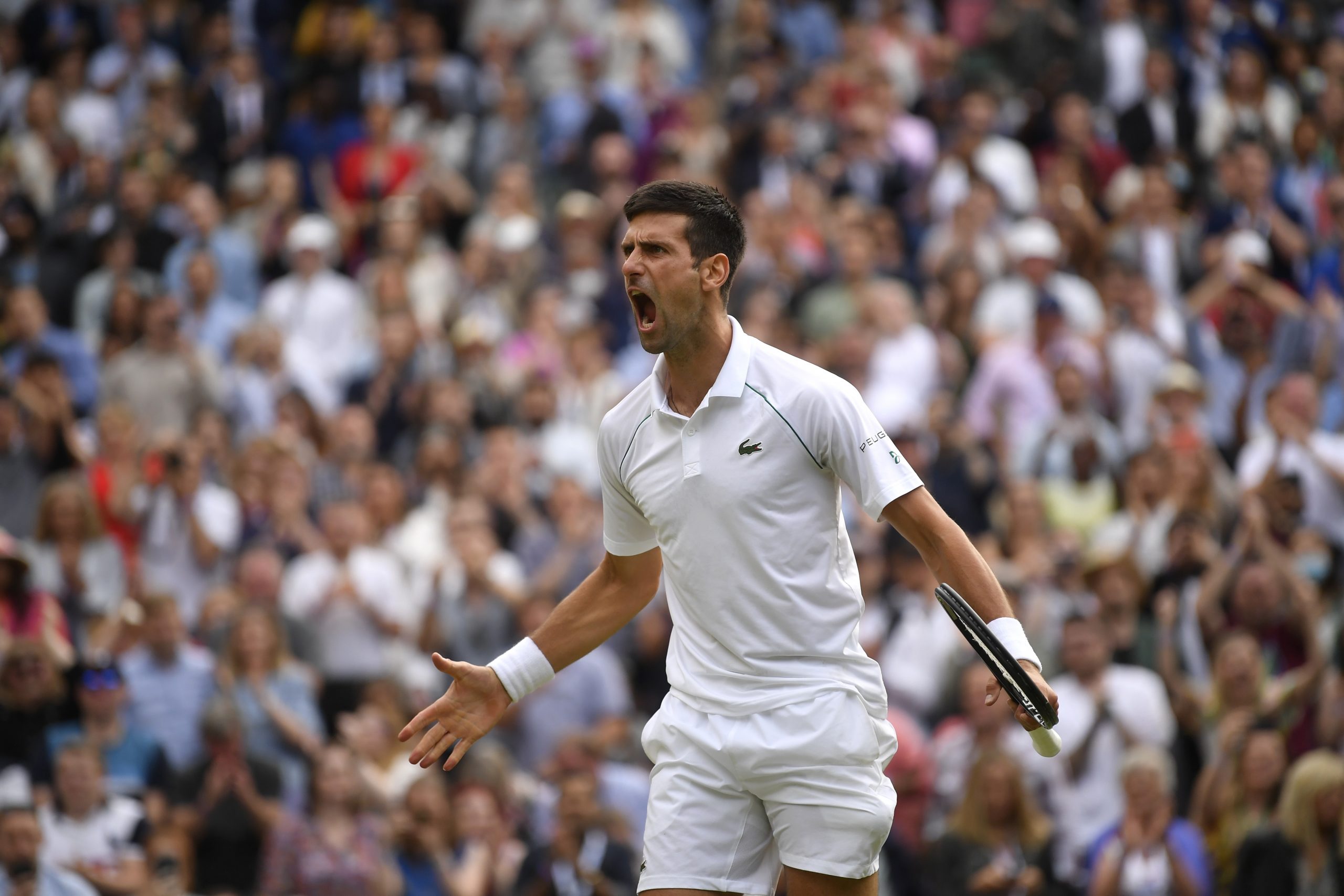 NOVAK DJOKOVIC reached his 30th Grand Slam final on Friday (9) with a straight sets win over Canada’s Denis Shapovalov to move one victory away from a sixth Wimbledon title and record-equalling 20th major.

In his seventh Wimbledon final, Djokovic will face Matteo Berrettini after the world number nine became the first Italian to reach a Wimbledon singles final by beating Hubert Hurkacz 6-3, 6-0, 6-7 (3/7), 6-4.

“Particularly at this stage of my career what is most important for me are the Grand Slams,” said Djokovic.

“It fills my heart every time when something on the line is historic it motivates me.”

Shapovalov had endeared himself to the crowd during the fortnight in reaching his first Grand Slam semifinal.

The 22-year-old exited in tears to a standing ovation.