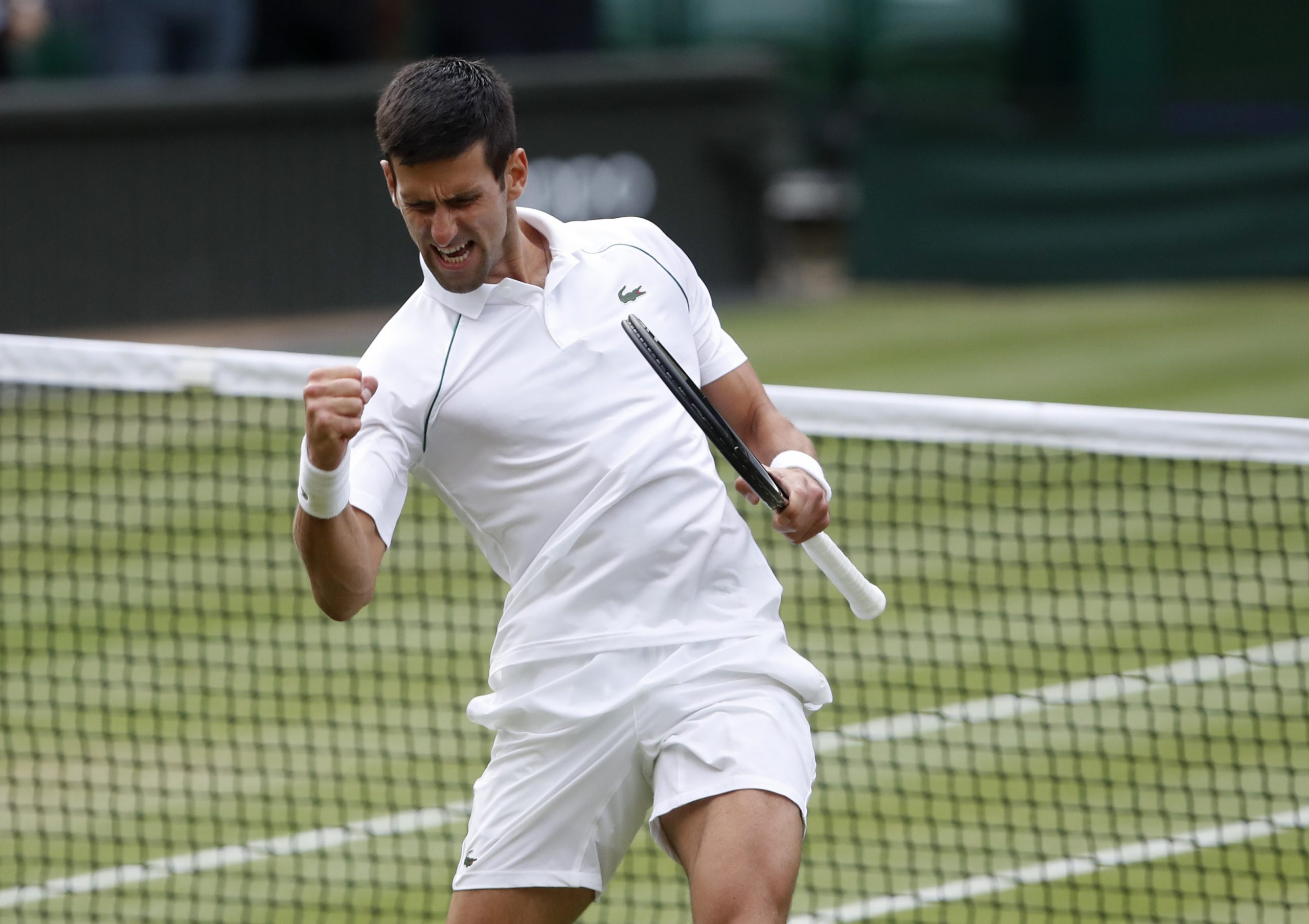 Novak Djokovic is in his seventh Wimbledon final and 30th at the Slams. (REUTERS/Paul Childs)
Follow Us

NOVAK DJOKOVIC admits “it will mean everything” to capture a sixth Wimbledon title and record-equalling 20th Grand Slam on Sunday (11) but he will have to overcome Matteo Berrettini, the Italian slugger with the build of a heavyweight boxer.

Djokovic will move level with Roger Federer and Rafael Nadal on career majors with victory and also go three-quarters of the way to the first calendar Slam in more than half a century.

The 34-year-old is in his seventh Wimbledon final and 30th at the Slams.

Only Federer, with 31, has appeared in more championship matches at the majors but the fading Swiss star is more than five years older.

The victory in Paris made him just the third man to win all four majors more than once.

“I imagined myself being in a position to fight for another Grand Slam trophy prior to coming to London.

“I put myself in a very good position. Anything is possible in the finals. Obviously experience is on my side.”

Djokovic needed all that experience and famed iron will to see off Denis Shapovalov in the semifinals where he saved 10 of 11 break points.

Shapovalov was so distraught at the failure of his all-out assault that had pushed Djokovic to the brink that he left Centre Court in tears.

“There is no holding back once you step out on the court, particularly in the later stages of an event that I always dreamt of winning,” said Djokovic after a 20th successive grass court win.

“The dream keeps going. I am trying to take out the maximum of my own abilities every single match and see what happens. Giving up is never an option.”

Djokovic can also win an 85th career title on Sunday while his on-court earnings break through the $150 million mark.

Berrettini, the 25-year-old world number nine, is the first Italian ever to make a singles final at Wimbledon.

Victory will make him Italy’s first male Slam champion since Adriano Panatta at the 1976 French Open.

He has lost both his previous encounters with Djokovic, including the quarter-finals at Roland Garros last month.

But he is on a run of 11-0 this season on grass having won the Queen’s Club event on the eve of Wimbledon.

At the All England Club, he has blasted his way to the final on the back of a tournament-leading 101 aces.

Berrettini also boasts the second fastest serve so far, 223.7kmh in his first round win over Guido Pella of Argentina.

Weighing in at 95kg – the same as a heavyweight boxer – Berrettini has also unleashed 254 winners so far to Djokovic’s 190.

However, his unforced error count is 167 compared to the Serb’s 126.

The two men have only dropped serve five times each.

Sunday’s final may not be a showreel of shot-making – rallies for both players are at an average of under four strokes.

Berrettini, meanwhile, has not served and volleyed once in his six matches.

“It’s going to be a great atmosphere. My first final in Wimbledon, it’s just crazy to think about it,” said Berrettini.

A shock victory on Sunday (11) could be the first part of a sporting double for Italy in London with the country’s football team taking on England in the Euro 2020 final.

“Obviously for Italian people in general, but it’s going to be tough Sunday,” he said.

Berrettini is likely to have the majority of the 15,000 fans inside Centre Court behind him.

Djokovic has become familiar with such scenarios.

“People also like to see someone win who is an underdog or is not maybe expected to win, is not the favourite to win,” admitted Djokovic.

“But hopefully people can also recognise also the importance of this match for me, the history that is on the line.

“I’m prepared for anything really that is going to happen in terms of the crowd support on Sunday.”