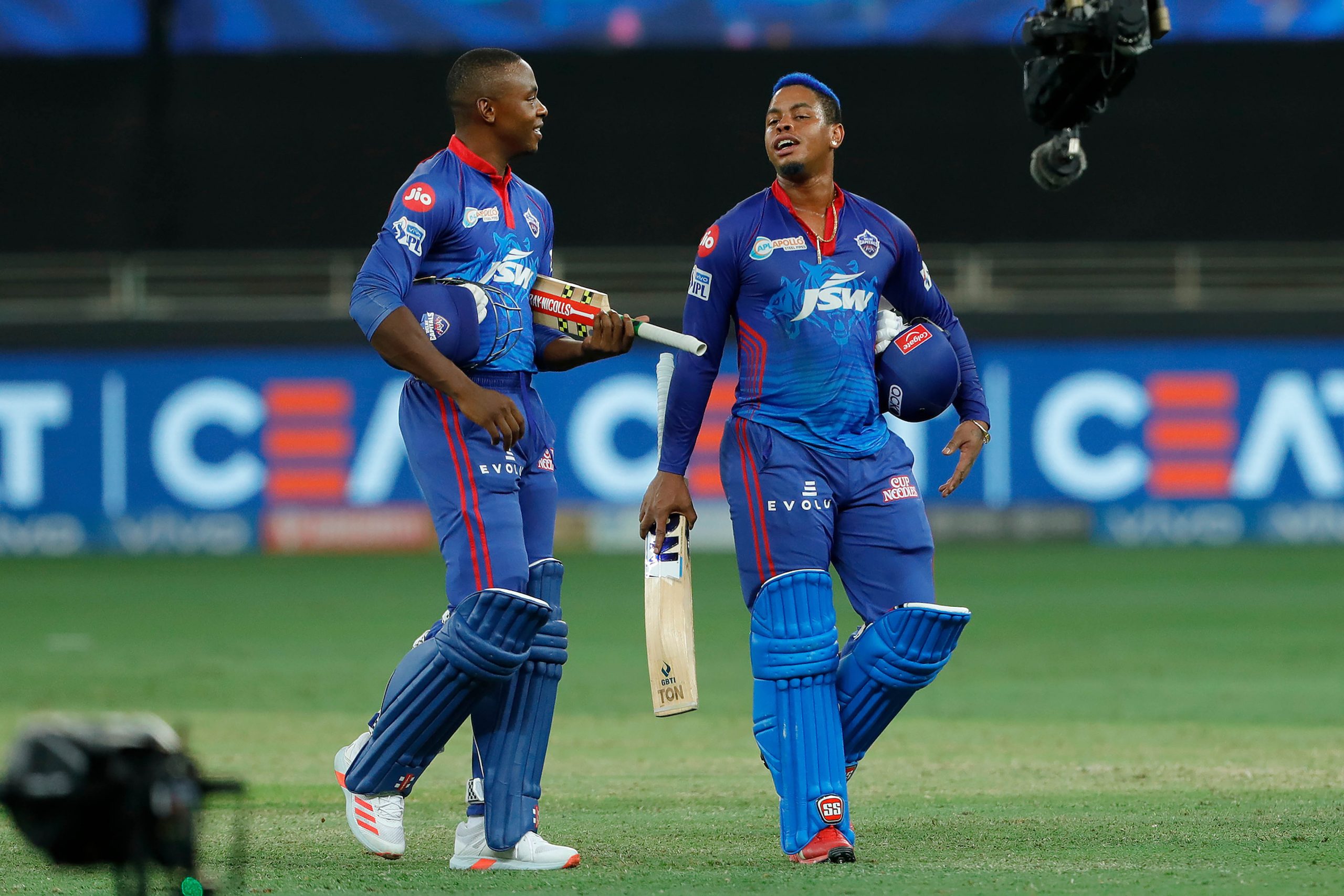 Shimron Hetmyer and Kagiso Rabada of the Delhi Capitals. (Sportzpics for IPL/PTI Photo)
Follow Us

Five-time champions Mumbai thrashed Sunrisers Hyderabad by 42 runs after they posted a mammoth 235-9 in Abu Dhabi but the effort was not enough to take them into the playoffs.

M.S. Dhoni’s Chennai, who lost their last three matches, will take on Delhi in the first qualifier on Sunday.

Mumbai skipper Rohit Sharma said the break in the Covid-hit tournament, that was halted in May due to a devastating pandemic in India and later resumed in the United Arab Emirates, was a setback.

“We have had a fabulous run as a franchise. It was wonderful to be part of this set-up, we can be very proud of that,” said Sharma.

“We were getting momentum in Delhi and there was a break, that didn’t help the team.”

Needing to defend 15 off the final over, Delhi pace bowler Avesh Khan faltered in the last few balls and bowled a wide when Bangalore required six to win on the final ball.

Bharat then smashed the extra delivery over long on to trigger celebrations in his team looking for their maiden IPL title in captain Kohli’s last season as captain.

“A win like this gives you the confidence. We have played well in Sharjah,” Kohli said looking ahead to the eliminator with Kolkata in Sharjah.

“We have the experience already and we need to utilise it as much as possible to keep moving on in this tournament.”

In the other match, Ishan Kishan came all guns blazing to hit 84 and set the tone for Mumbai’s highest ever IPL total that was defended by restricting Hyderabad to 193-8.

Suryakumar Yadav kept up the charge with his 40-ball 82 to raise Mumbai’s hopes of winning their third straight title, but they needed to win the game by 171 runs after they batted first.

The winner of the first playoff will make the final scheduled for October 15. The loser gets another shot to make the title clash in the second qualifier.

The eliminator, meanwhile, will witness one team bow out while the other move into the third playoff match.