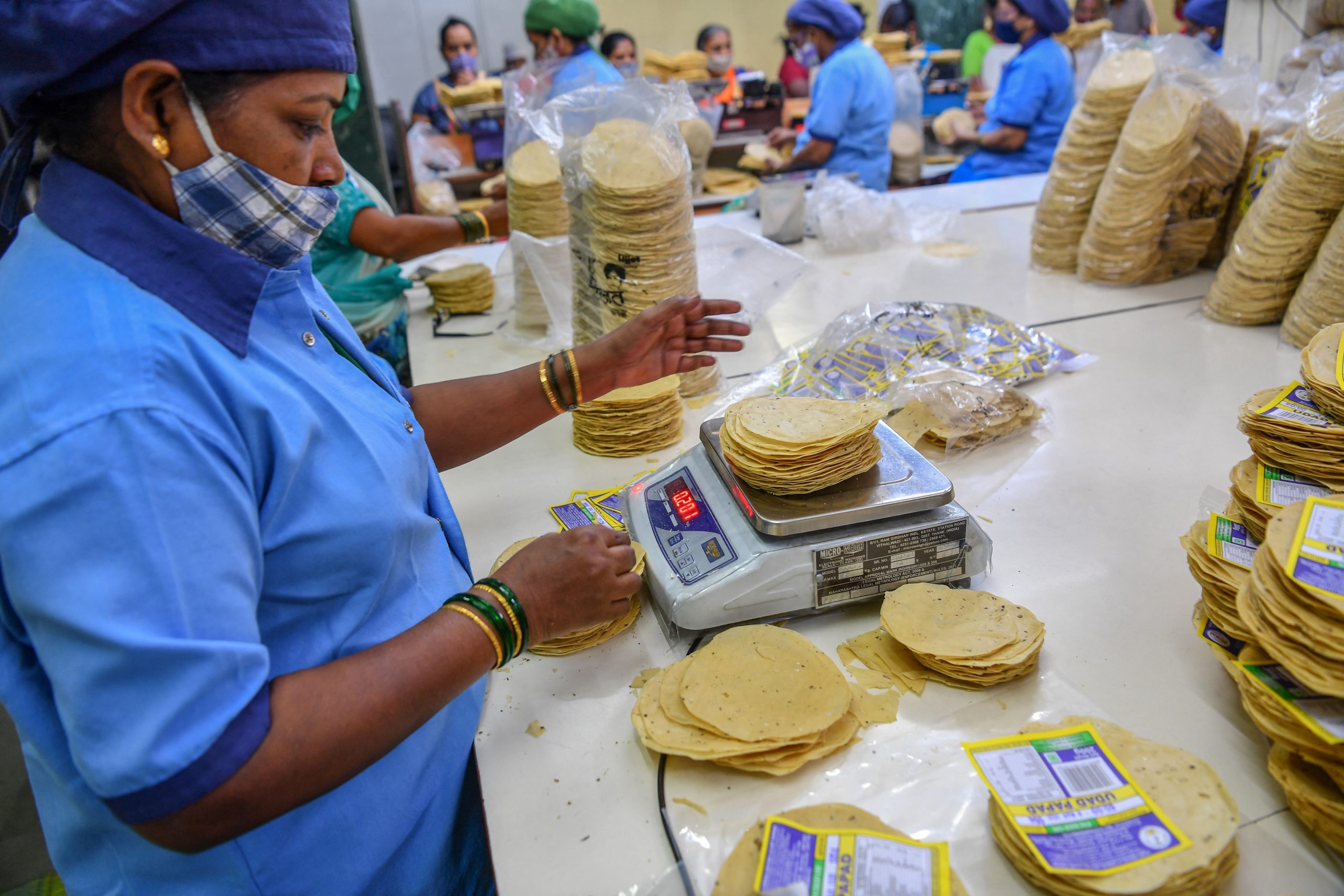 The fairytale success of Lijjat Papad — a multi-million-dollar venture founded by seven women in a crowded Mumbai tenement in 1959 with seed capital of 80 rupees ($1.10) — belies its revolutionary feminist aspirations.

The cooperative employs 45,000 women across India, offering them a job for life as “co-owners” of the enterprise, whose wafer-thin snacks — known locally as papads and as papadums in the West — have become a byword for good business and female empowerment in a patriarchal country.

Life at Lijjat’s 82 branches begins early, with women lining up before dawn to drop off finished products, pick up freshly prepared lentil dough, and head home.

That’s when the work shifts into high gear, as they deftly stretch and roll out the dough — flecked with cumin seeds and black pepper — into small flat rounds that are then left to dry.

The job relies on skill but doesn’t require formal education, opening up opportunities for multitudes of Indian women to become financially independent.

That is a huge accomplishment in a country where female workforce participation — never high to begin with — has been declining for years, plunging from 34 to 20 percent in the two decades to 2019, according to the International Labour Organization.

As a young bride aged 24, Darshana Pundalik Parab fretted about managing household expenses with her husband’s meagre salary, realising that her employment prospects as a school dropout were dire.

Then she heard about Lijjat.

Not only did the cooperative have a job for her, it allowed thousands of housewives like her to work from home, no questions asked.

In the 35 years that followed, Parab was able to keep earning while raising three boys.

“It was difficult when the kids were small, to watch over them and do the job,” said Parab, recounting the early years when she kept one eye on her sons, and the other on the papads.

The extra cash was welcome, she told AFP, relaying her pride in being able to pay her children’s school fees and teach them crucial life lessons.

“My sons know that there is no such thing as women’s work,” she said, adding that her youngest, 27, still chips in to help prepare the crunchy snacks.

They ran the business on a shoestring budget, with annual sales in 1959 amounting to just over 6,000 rupees, a fraction of their current revenue.

Every woman is paid according to her production capacity and role in the organisation, with Parab earning around 12,000 rupees a month on average.

Men are only hired as shop assistants, drivers or errand boys.

“Some of our women earn more than their husbands — and their families respect them for it,” said Lijjat president Swati Ravindra Paradkar.

Paradkar was just 10 years old when her father died at 37, leaving the family’s finances in precarious shape.

Every morning before school, she would help her mother — who was part of the cooperative — make papads.

“I found it very hard… especially during vacations, when my friends would all be out playing and I would have to work,” Paradkar, now 61, told AFP.

She persevered, eventually joining the cooperative full-time and becoming its president, thanks to a policy that sets Lijjat apart from other businesses.

“We believe that only someone who can roll out papads can become president,” she said.

Although the coronavirus pandemic slashed sales by nearly a fifth according to early estimates, Paradkar said there had been no layoffs, with staff even receiving modest salary hikes.

The cooperative has expanded into other categories, including chapatis and laundry detergent, but the papad remains its flagship product, sold across India and in foreign markets from Singapore to the United States.

The inexpensive snack — a 100-gram (3.5-ounce) packet costs 31 rupees — is even making the leap to the silver screen, with Lijjat’s story now the subject of a Bollywood film under production.

“People will be able to learn something from it,” said Usha Juvekar, who has been part of the cooperative for 15 years.

“If everyone in this country cared as much about women as Lijjat does, we would make so much more progress,” she told AFP.