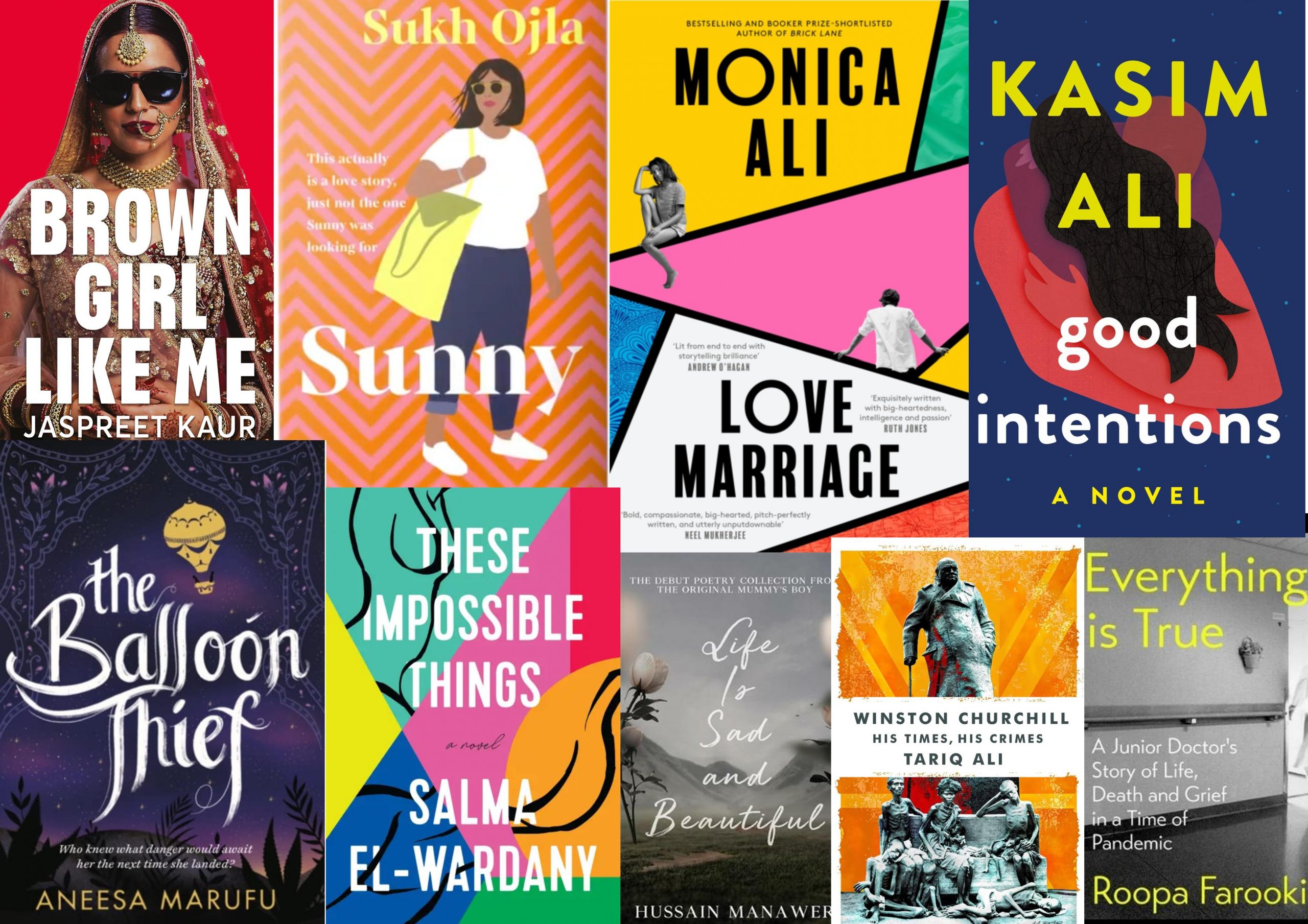 PREVIEW OF READING LIST RECOMMENDATIONS IN THE YEAR AHEAD

A WONDERFUL array of brilliant books turned 2021 into a great year for south Asian writers and early indications are that this impressive momentum will continue in 2022.

Eastern Eye has compiled a list of interesting books that are on the way, and most are available to pre-order now. 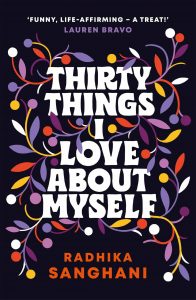 Thirty Things I Love About Myself by Radhika Sanghani: Talented writer Sanghani has shown that she can write interesting female characters and does that again with her new novel. The story revolves around a woman who hits rock bottom and spends her 30th birthday in a jail cell. With everything going wrong, she unexpectedly finds a ray of light with a self-help book and proceeds to go on a life-changing journey to find 30 things she loves about herself. January 20 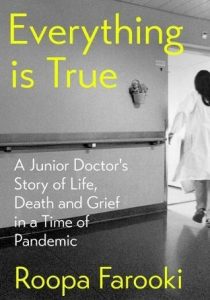 Everything is True: A junior doctor’s story of life, death and grief in a time of pandemic by Roopa Farooki: She may have made a name for herself as a novelist, but Farooki is also a hardworking doctor and combines both sides with her new memoir. The book details the 40-day journey of losing her beloved sister to breast cancer in February to fighting Covid-19 on the frontline as a doctor a month later. It has been described as an exhilarating memoir of holding on to that which makes us human against insurmountable odds. January 20 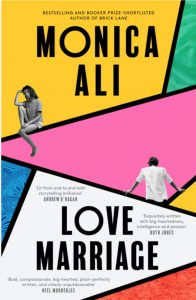 Love Marriage by Monica Ali: The latest offering from the acclaimed Brick Lane author is a relatable story of a successful woman looking forward to marrying her fiancé, who encounters family conflict and begins to question what a love marriage actually means. The multidimensional novel is also an emotionally layered story of the complications and contradictions of living in Britain today. February 3 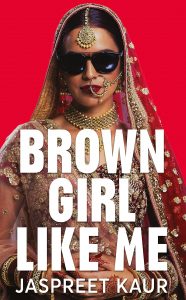 Brown Girl Like Me by Jaspreet Kaur: The widely acclaimed British spoken word artist pulls no punches with her debut book, which chronicles the struggles of being brown, British and a feminist, without rejecting Asian culture. The manifesto like book tackles difficult topics, including mental health, menstruation stigma, education, beauty standards, feminism, cultural appropriation and microaggressions. It weaves together diverse voices with personal anecdotes and one-to-one interviews around brown feminism. February 17 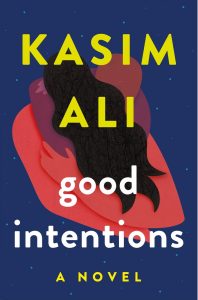 Good Intentions by Kasim Ali: A magnetic debut novel from an accomplished young writer about a hidden romance, which already looks ripe for a film or TV adaptation. The story revolves around a British Pakistani man torn between his family and the black woman he has fallen deeply in love with. The story combining young love with complexities of immigrant families and racial prejudice looks at themes of obligation versus following your heart. March 2 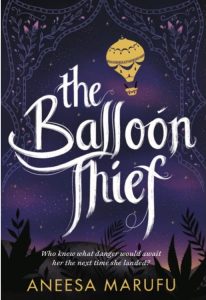 The Balloon Thief by Aneesa Marufu: For Khadija, the only escape from her father’s arranged betrothal is the sky and she gets that chance after seeing a rogue hot air balloon fighting against its ropes. What follows is an unlikely escapist adventure story that explores themes of extremism, racism, and misogyny. The young adult fantasy novel is a dynamic debut from an exciting new British literary voice, who introduces herself with unique storytelling. March 3 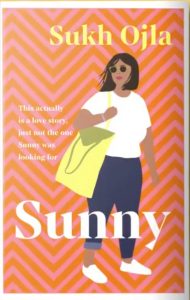 Sunny by Sukh Ojla: The massively popular stand-up comedian introduces herself to the literary world with a life-affirming debut novel, which mixes up comedy, emotion, romance, mental health, and family bonding. The semi-autobiographical story revolves around a single free-spirited woman in her thirties forced to move back in with her parents. She finds it an unlikely way to bond with her mother by discussing her dating life. March 3 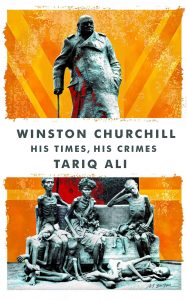 Winston Churchill: His Times, His Crimes by Tariq Ali: The life of Winston Churchill has been documented countless times and he is almost always shown in a positive light. With this biography, the author challenges his record of solely being a heroic figure and looks at chapters of his life that have remained hidden, like him being a staunch defender of Britain’s imperial doctrine, along with a nationalist belief that led to catastrophes like more than three million Bengalis starving in 1943 as a consequence of his policies. May 3 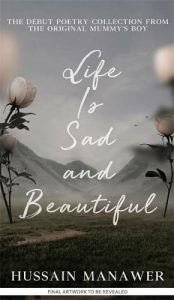 Life Is Sad And Beautiful by Hussain Manawer: Rapidly rising star Hussain Manawer has made a name for himself with stunning work that has crossed cultural boundaries and that is why there is great excitement around his hotly anticipated debut poetry collection. The acclaimed poet hopes the book containing his life’s work to date, including notes, favourite pieces, and new poems, will help those going through a difficult time. May 12

Sex Bomb by Sadia Azmat: The hijab-wearing Muslim comedian chronicles her lifelong relationship with sex in this vibrant, funny, and conversation-starting memoir. She shows different experiences of being a Muslim woman, ranging from her identity and tumultuous relationship with her headscarf to dating men from different backgrounds. It has been described as The Wrong Knickers meets It’s Not About the Burqa and offers a whole new look at the experiences of a Muslim woman. May 26 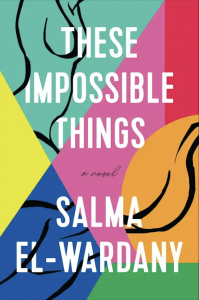 These Impossible Things by Salma El-Wardany: This book charts the bond between British Muslim women who have been friends for many years. It is the three of them against the rest of the world until one night changes everything and they have to deal with being marooned from one another. Nothing seems to go right for them when they are cast adrift from the group, but can they forgive one another and find a way back? June 9

Here Are the Words by Nikita Gill: The supremely talented writer has made a name for herself with books that add a new dimension to poetry, and she continues that impressive journey with this fascinating new collection aimed at young adults. She will be illustrating what will no doubt be a book that entertains, but also makes the readers think. It has been described as a healing, life-affirming read that packs a punch. June 23

The Movement by Ayisha Malik: The lead protagonist of this thought-provoking book gets disillusioned with conflict and people constantly shouting at one another, so decides to take a vow of silence. It isn’t long before her silent stance inspires a movement and she becomes a reluctant figurehead of global outrage. As lives start to unravel, the new silent movement also leads to others reconsidering what it means to have a voice. July 7

In Case of Emergency by Poorna Bell: The acclaimed writer and journalist delivers her debut novel in the summer of 2022. The story revolves around a young woman, who has a near-death experience and is mortified to learn that she has no one meaningful to turn to during an emergency. This leads to her revisiting and repairing her most important relationships in order to figure out who she can really depend on. The publisher has described it as utterly hilarious and brilliantly observed. July 7