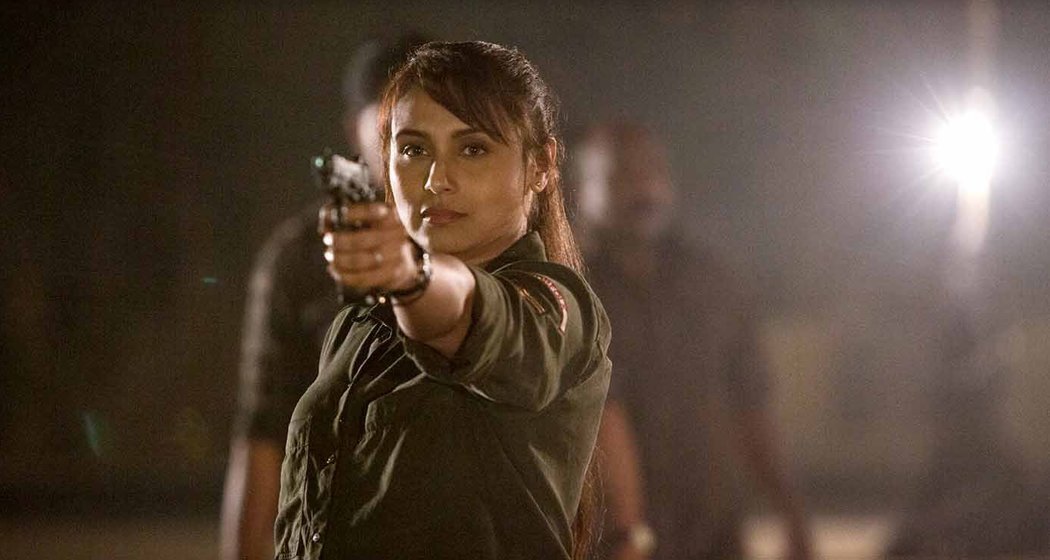 THE police genre has been red-hot in Bollywood with films like recently released thriller Radhe: Your Most Wanted Bhai.

Police stories have become so popular that director Rohit Shetty has created a super cop universe, with law enforcement officers from different films teaming up in forthcoming blockbuster Sooryavanshi.

With many more cop thrillers on the way, Eastern Eye saw that as a perfect opportunity to create a rundown of the top 20 most memorable Bollywood police officers of all time. 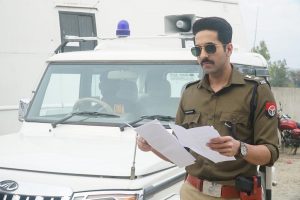 20. Additional SP Ayan Ranjan – Article 15 (2019): The critical and commercial success saw Ayushmann Khurrana take on the role of a police officer stationed to a village and tasked with finding missing girls. He must battle against the caste divide to solve what turns out to be a heinous crime and does
so with an intelligence rarely seen in Hindi cinema.

19. Superintendent of Police Abha Mathur – Jai Gangaajal (2016): Priyanka Chopra Jonas portrays one of the all-time great female super cops in the follow-up to 2003 police drama Gangaajal and exudes raw power in each scene. Instead of being a soft touch, Priyanka’s character fearlessly takes on the bad guys in the film and gives them a muchneeded rude awakening. 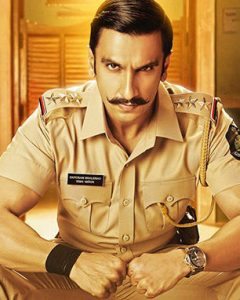 18. Inspector Sangram Bhalerao – Simmba (2018): Ranveer Singh terrifically takes on the role of the corrupt police officer, affectionately known as Simmba, who soon sees the error of his ways and goes on a path towards redemption. He adds an electro-charged energy into the livewire role, which is from the same cop universe as the films Singham and Sooryavanshi.

17. Inspector Sadhu Agashe – Ab Tak Chhappan (2004): The gritty crime thriller saw Nana Patekar take on the role of a no-nonsense cop with a reputation for shooting dead villains in encounters. He balances that killer demeanour out with a softer side. Patekar’s perfect performance proved to be popular and would result in the no-nonsense police officer returning for a gritty 2015 sequel. 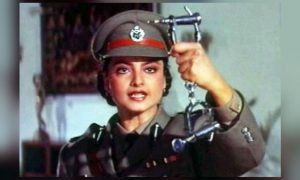 16. SP Namrata Singh – Phool Bane Angaray (1991): The dynamite drama saw Rekha deliver an explosive performance as a widow who joins the police force to take revenge on villains who murdered her crime-fighting husband. Her transformation from a weeping widow to a brave cop on a deadly mission to take down the bad guys was great. The actress generated power with her performance.

15. Police Inspector Arjun Singh – Satyamev Jayate (1987): Vinod Khanna made a winning comeback to Bollywood after a long hiatus with this fantastic role of a fearless police officer trying to unravel a mystery that destroyed his reputation. The actor delivers one of the finest performances of his career in this remake of Malayalam film Aavanazhi (1986) and showed audiences he still had star power.

14. Ajit Singh – Pratigya (1975): He may be the only fake police officer in the list but isn’t any less memorable. Dharmendra plays an illiterate truck driver who takes the identity and weapons of a police officer on his way to a village, so that he can beat an evil foe. He mixes up comedy and action well with a role that gifted audiences many memorable moments like the unforgettable song Main Jat Yamla Pagla Deewana. 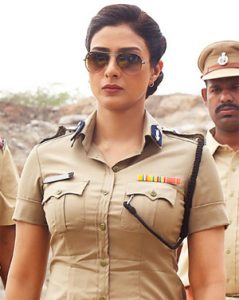 13. Inspector General Meera Deshmukh – Drishyam (2015): Tabu delivers a towering performance as a senior police inspector trying to find her missing son, who has potentially been murdered and targets a prime suspect. She adds gravitas to the role of a determined officer who will do whatever it takes and is a perfect adversary for the cunning family man (Ajay Devgn) trying to protect his daughter.

12. DCP Anant Kumar Shrivastav – Khakee (2004): The brilliant Bollywood thriller had a whole host of law enforcement officers and the standout was perfectly portrayed by Amitabh Bachchan. He plays an aging cop who leads a deadly mission and must take on an unexpected enemy. The legendary actor delivers a dynamite performance of a brave police officer, who doesn’t let age get in the way of being a kickass hero.

11. Ajay Singh Rathod – Sarfarosh (1999): One of the highest rated Bollywood crime dramas on IMDB saw Aamir Khan take on the role of a police officer fighting deadly criminals and battling his own past demons. Aamir Khan received rave reviews for his multi-layered performance, which turned the movie into a huge hit and gifted him a great role.

10. Thakur Baldev Singh – Sholay (1975): He may have spent most of the film wrapped in a shawl, but Sanjeev Kumar’s character was a policeman and we see him in action during a flashback. Even though he is forced to retire, a burning desire for revenge and justice remains. The actor put his heart and soul into the film, which would break all box office records upon release.

9. Ram Singh – Ram Lakhan (1989): There have been many Bollywood films about brothers on opposite sides of the law and this ranks right up there with the very best. Jackie Shroff plays righteous police officer fearlessly taking on the bad guys and trying to bring his brother back from the dark side. His steely presence gives the blockbuster hit a backbone. 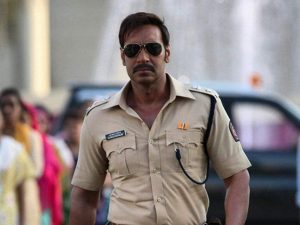 8. Inspector Bajirao Singham – Singham (2011): The remake of Tamil film Singam (2010) saw Ajay Devgn take on the incendiary role of a fearless cop, who has superhero-like abilities and the kind of bravery that set the screen on fire. He would reprise the role in hit sequel Singham Returns (2014) and blockbuster spin-off Simmba (2018). He will also be seen in crime drama Sooryavanshi, which adds another super cop to the same universe.

7. Sub-Inspector Ravi Verma – Deewaar (1975): Although all eyes were on Amitabh Bachchan in the classic crime drama, Shashi Kapoor’s portrayal of the dutiful police officer was equally important in the powerful story of brothers on opposite sides of the law. His good cop balances out the anti-hero played by Bachchan beautifully well and results in iconic moments like the “mere paas maa hai” dialogue, which remains one of the most meaningful in movie history.

6. Sub Police Inspector Anant Velankar – Ardh Satya (1983): Om Puri delivers an electric performance as a policeman dealing with evil around him and forced to take the law into his own hands. The explosive thriller took audiences by surprise and would become a firm favourite with real police officers because of its realism.

5. CID Inspector Shekhar – CID (1956): Perhaps the first great memorable cop in Bollywood was played by Dev Anand in this unforgettable thriller directed by Raj Khosla. He brings a real swagger to his role as an inspector investigating a murder in afilm that helped to shape a genre that is still massively popular today. His police officer would influence many that followed in subsequent decades.

4. Senior Inspector Shivani Shivaji Roy – Mardaani (2014): The highest placed female cop fabulously played by the fantastic Rani Mukerji is fearless, extremely fierce and has a memorable fight with the villain in the finale. She would return for a sequel and a third instalment is on the way because there is no one quite like the glass-ceiling shattering Shivani Shivaji Roy.

3. Chulbul Pandey – Dabangg (2010): The escapist action entertainer saw Salman Khan deliver a memorable performance as the fearless police officer, not afraid to step outside the confines of the law. The comedic edge added an extra layer to the role and such was its popularity that Chulbul Pandey would return for two sequels.

2. DCP Ashwini Kumar – Shakti (1982): Legendary actor Dilip Kumar made a winning return to cinema after a long hiatus in this role of a dedicated police officer who goes on a deadly collision course with his son. Apart from the powerful performance, what really set this role apart was that the law enforcement officer was older and equally heroic.

1. Inspector Vijay Khanna – Zanjeer (1973): The explosive role of an angry police officer turned Amitabh Bachchan into an overnight superstar and introduced action into Bollywood in a big way. Interestingly, a whole host of major stars including Raaj Kumar, Rajesh Khanna, Dharmendra and Dev Anand had turned down the gamechanging role. Their loss was Bachchan’s gain and it would influence most action films that followed in some way.

Record-breaking cop
NO discussion about Bollywood police officers is complete without Jagdish Raj. The late Bollywood actor holds the world record for playing a police officer in the greatest number of films. Although he occasionally portrayed a villain, he appeared as a cop in a staggering 144 movies across different decades and became synonymous with the khaki uniform. Having played that role from the 1950s to the 1990s, he is rightly regarded as the most prolific on-screen police officer in history, so deserves a big salute.