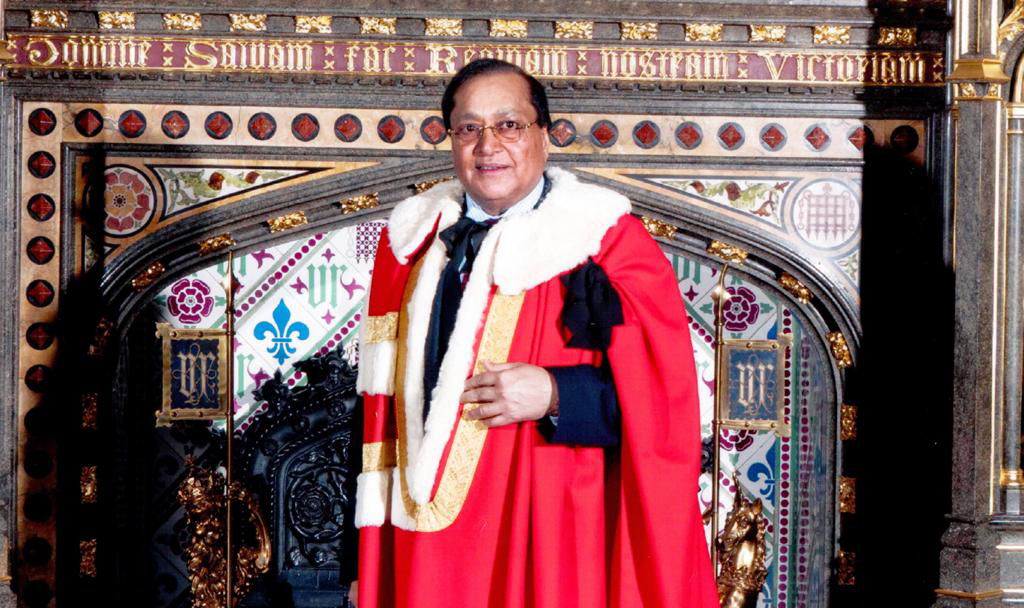 A CONSERVATIVE peer has denied accusations of victimisation and harassment against a female employee, claiming she deliberately provoked him before secretly recording their telephone conversation.

An employment tribunal ruled last Tuesday (13) that Lord Rami Ranger had “discriminated against” an employee at his Sun Mark firm, due to the way he spoke to her when she telephoned him. The woman, known as Ms A, had alleged that a manager at Sun Mark had assaulted her and had driven her to consider suicide.

She phoned Lord Ranger to inform him of the harassment in 2018 – but the peer allegedly “lost his composure and insulted” her.

Parts of the recorded phone call (which were primarily in Punjabi) were played at Watford employment tribunal in September, in which Lord Ranger can allegedly be heard calling the woman a liar and of ruining her parents’ honour.

The 73-year-old businessman, the founder of Sun Mark, an international marketing and distribution company, has strongly denied all claims against him. He has been granted permission to appeal.

An official Sun Mark statement said they believed the call amounted to entrapment and that the tribunal found the woman had “exaggerated matters considerably”.

“The tribunal agreed that many of the words attributed to him by the claimant’s translator were never said, but the tribunal had not properly taken into consideration the fact that the call was secretly and only part recorded after our chairman had been insulted and provoked,” a spokesperson said. “The Employment Appeal Tribunal (EAT) has granted an appeal and agreed that the grounds are sufficiently strong to proceed to a full hearing in relation to the findings against our chairman.”

They added: “We believe that Ms A grossly manipulated, changed the facts and made false allegations to secure a pay-out from Lord Ranger and Sun Mark Ltd.”

According to the organisation, Ms A was employed at the company from January 2018, until October 2018 when she made the allegations and went on long-term sick leave.

They concluded they had no merit, and no corroborative evidence or witnesses were established to support them. The spokesperson said: “The company, chairman and directors take their responsibilities as an employer very seriously; we do not accept harassment of any kind in the workplace, and we take remedial action if there is any cause for concern.”

In response to the verdict, a spokesperson added: “Lord Ranger would never insult women; as a single parent-child, Lord Ranger has seen first-hand the struggles of his mother and the sacrifices she made throughout her life, and the prejudices she faced as a woman. Lord Ranger has made it his mission to support women empowerment globally and to financially support such charities and causes.”