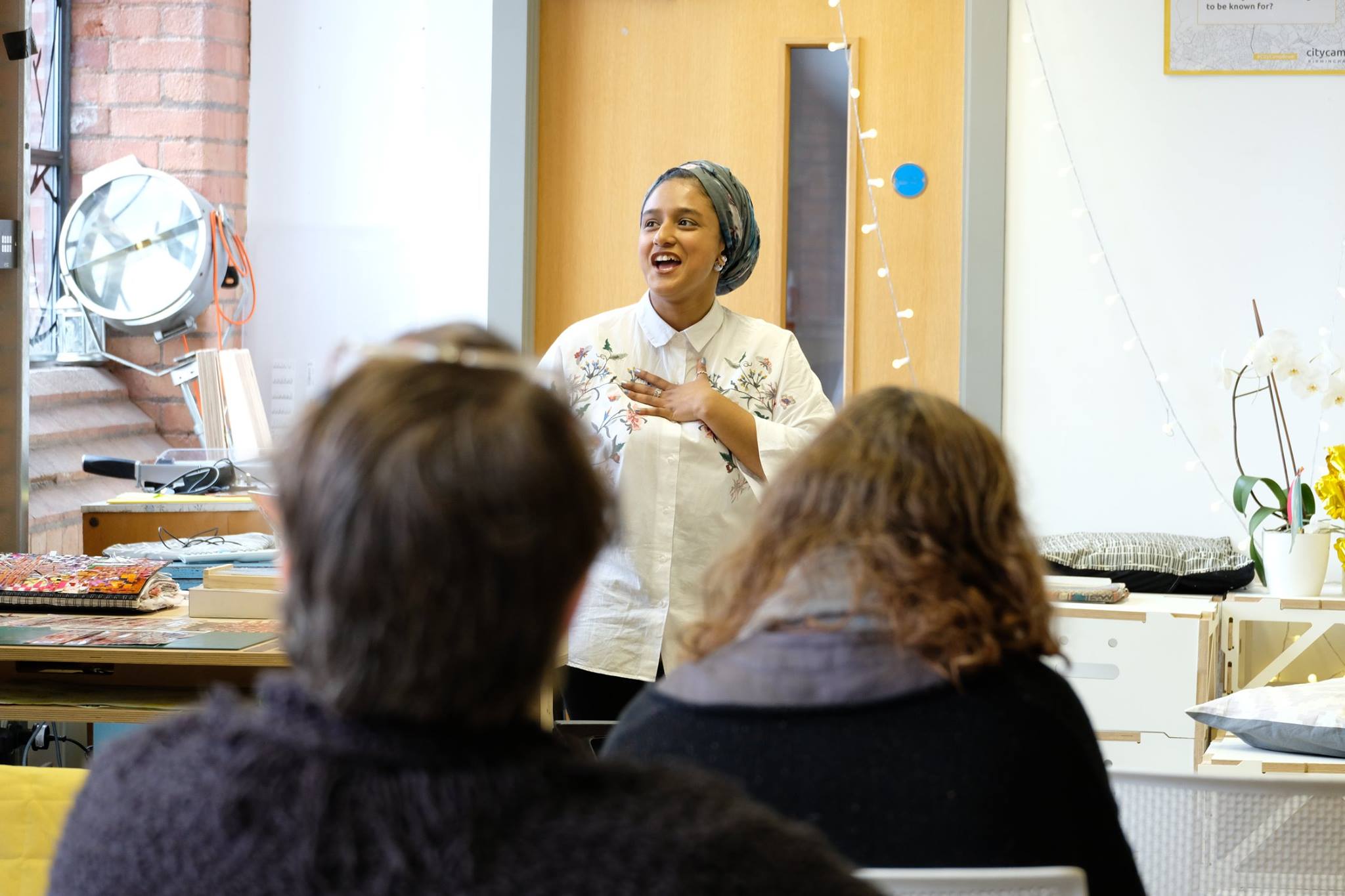 CREATIVE: Nilupa Yasmin (pictured) has led several workshops with members of the Midlands Art Centre since late 2019
Follow Us

AN AWARD-WINNING artist has voiced support for community arts, revealing the benefit it has had on the lives of elderly people across the UK during the Covid-19 pandemic.

Participants have been weaving strips of photographs from their past, while also experimenting with a large selection of fabric offcuts from market stalls and saris.

The work is part of Yasmin’s installation Tera – A Star, the MAC’s contribution to the nationwide Here and Now project, which sees 40 arts centres across England tell the stories of their communities.

During the national lockdown, the MAC delivered kits for various workshops and activities so that members could still participate. For those who did not have access to Zoom or social media, the MAC sent out instruction sheets for members to work from.

“That’s so inspiring because it’s allowed the audience to keep connecting to the work, especially those from an older age range,” Yasmin, 25, told Eastern Eye. “But I think it’s benefited them to be in a space again, because even doing an activity at home with a pack is completely different in the space surrounded by people who want to make the same thing as you.”

The Birmingham-based artist also spoke of the personal benefits she reaped from MAC’s workshops. Her grandmother Tera sadly passed away in January 2020. Tera – A Star is named after her and the project helped her to grieve her grandmother’s passing, she said.

Yasmin comes from an intergenerational family and has lived with her grandparents for most of her life. Her grandmother was a permanent presence at home and was a big part of Yasmin’s life. Her passing was unexpected and a big shock to the family, who are of British-Bangladeshi origin.

“Suddenly she was just gone, and it had a big impact,” the creative explained. “Her death was so sudden that there was no processing time around it, but I found I’m someone who just gets up and gets on with it, so, I was literally just doing that – just getting up and getting on with it. Later, it just hit me that I’d not gone through the process of grieving properly.”

Yasmin found some solace through her artwork instead, her projects inadvertently helping with the mourning process. She began by searching through old photo albums and discovering pictures of her grandmother.

These later became part of her installation piece, Tera – A Star, which includes hand-woven photographs of her grandmother throughout the years. At the time, Yasmin was keen for her grandmother to attend the MAC’s Culture Club workshops. Sadly, she passed away before she could get the chance.

The idea for Tera – A Star came from still wanting to incorporate her grandmother into the project. And although Yasmin has woven photographs together in past projects (including her 2017 work Grow Me a Waterlily), she found it difficult to work with images so close to her heart.

“It’s easy cutting up a photograph that you have no personal connection to (but working with my grandmother’s images) was quite a challenging process,” said Yasmin, who is also a visiting lecturer in photography at Coventry University. “It really resonated with me within the ideas of what grieving is, and therapy through craft form as a way to deal with your grieving.”

Yasmin advocates for community arts and has worked with people from a range of ages and backgrounds throughout her career. Classes offer individuals a “safe space” to take part in a creative activity that can offer them enjoyment and engagement with the arts, she said.

It has been particularly important during the pandemic, when people have felt isolated from others due to restrictions and fear of catching Covid. “A lot of the members did mention that coming back into the space (after lockdown) and being able to have materials provided to do an activity has been quite refreshing,” Yasmin said. “Suddenly, it just completely stopped (due to the pandemic) and that was hard because the Culture Club is something a lot of people rely on.”

On the Here and Now project, Yasmin said she feels “incredibly fortunate” to be part of it and is looking forward to seeing what other community groups will contribute. The exhibitions will include a variety of creatives, including theatre-makers, musicians, filmmakers, and dancers.

“I think it’s one of those things where you don’t realise there are so many people that are part of so many different communities,” she said. “It is lovely to see how such a project can link all those communities together around the country.”