The strongest associations were observed for co-occurring neurological, respiratory, cardiovascular and common mental health conditions such as depression and anxiety, the researchers said. 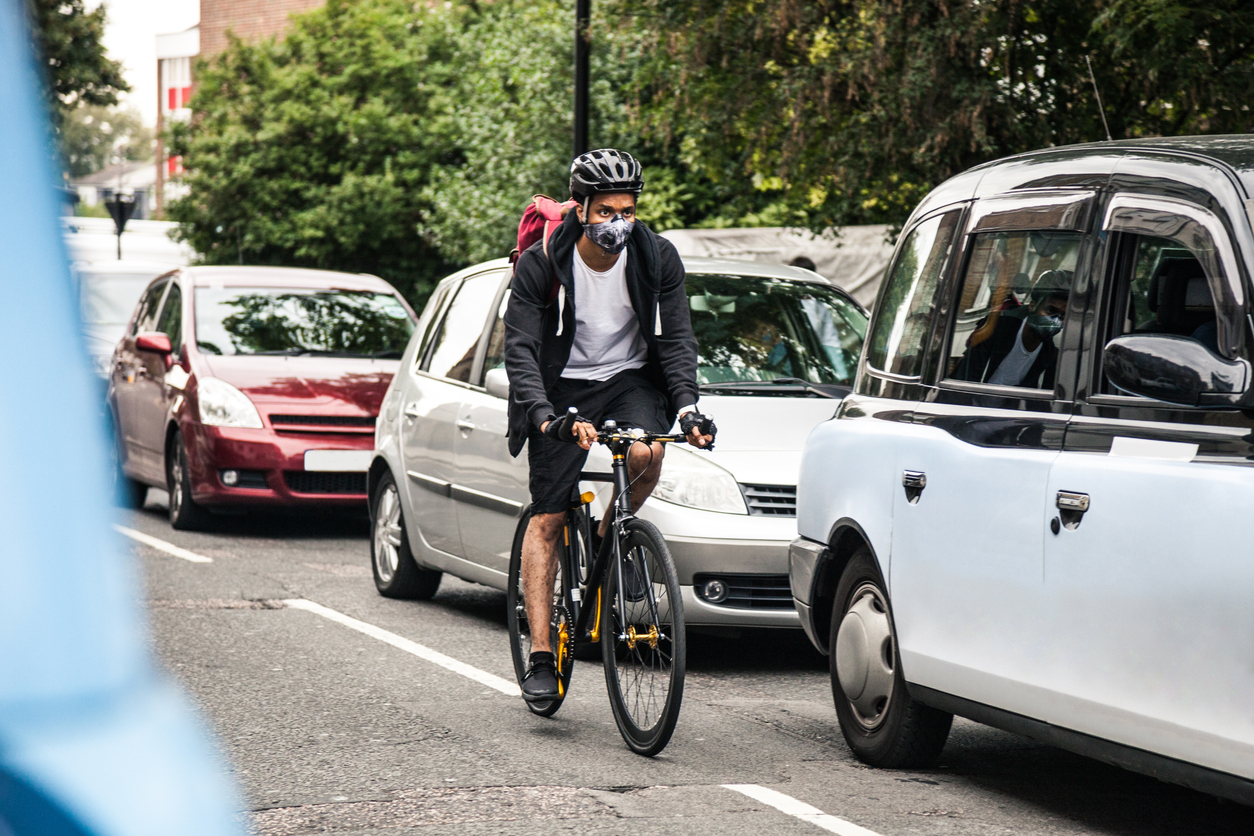 Cyclist commuter wearing a pollution-mask in Central London, while commuting to work in the morning.
Follow Us

Exposure to traffic-related air pollution is associated with an increased risk of multiple long-term physical and mental health conditions, according to a study.

This is the largest study worldwide — conducted on over 364,000 (over 3.6 lakh) people in England — to examine whether air pollution exposure is linked with the occurrence of multiple long-term health conditions, the researchers said.

The study, published in the journal Frontiers in Public Health, showed that high levels of traffic-related air pollution – fine particulate matter (PM2.5) and nitrogen dioxide (NO2) – were associated with an increased risk of having at least two long-term health conditions.

The strongest associations were observed for co-occurring neurological, respiratory, cardiovascular and common mental health conditions such as depression and anxiety, the researchers said.

“People with more than one long-term health condition have a lower quality of life and greater dependence on the healthcare system,” said Amy Ronaldson, Research Associate at King’s College London and first author of the study.

“Our research has indicated that those people that live in areas of higher traffic-related air pollution are at greater risk of having multiple health conditions,” Ronaldson said.

However, the study does not prove that air pollution causes multimorbidity, but it does warrant further research in this area, the researchers said.

They analysed data from UK Biobank – a large-scale biomedical database and research resource containing anonymised genetic, lifestyle and health information from half a million UK participants aged between 40 and 69 years.

Participants were assessed for 36 physical and five mental health chronic conditions. Multimorbidity was defined as having two or more of these conditions.

Physical and mental health data from UK Biobank in 2010 were linked with the estimated concentration of air pollution at the residential address of the participants.

The study found that those participants exposed to higher concentrations above 10 microgrammes per cubic metre (µg/m3) of fine particulate matter had a 21 per cent increased risk of two or more co-occurring conditions compared to those exposed to concentrations below 10µg/m3.

For participants exposed to above 30µg/m3 of NO2, the study showed a 20 per cent increased risk of having two or more co-occurring conditions compared to those participants that were exposed to concentrations of NO2 below 20µg/m3.

Amongst those with multiple conditions, increased exposure to both PM2.5 and NO2 was linked to greater severity of the co-occurring conditions, the researchers said.

“How air pollution affects multiple organs and systems at the same time is not yet fully understood, but there is some evidence that mechanisms such as inflammation, oxidative stress and immune activation could be triggered by air particulates, which can cause damage to the brain, heart, blood, lungs and gut,” said Ioannis Bakolis from King’s College London.

“Our study suggests that it could be through shared mechanisms that air pollution negatively impacts several body systems and increases the likelihood of people developing multiple long-term health conditions,” said Bakolis, senior author of the study.

Researchers identified several patterns in the associations. The strongest links were primarily between conditions relating to the respiratory system such as asthma and chronic obstructive pulmonary disease as well as the cardiovascular system like atrial fibrillation, coronary heart disease, and heart failure.

The link was also seen with neurological and common mental conditions such as stroke, substance abuse, depression and anxiety, the researchers added.