He has been selected to represent Scotland at the forthcoming Liverpool Quadrangular international chess tournament. 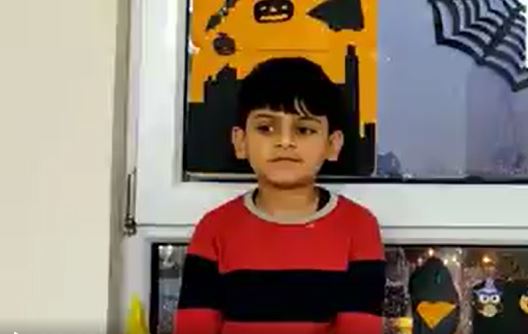 A eight-year-old Glasgow school student has become the youngest in UK to complete Abacus mental maths programme, one of the most advanced mental arithmetic programmes in the country.

Chess prodigy and Glasgow’s St Patrick’s Primary School pupil Advik Mittal, 8, has been selected to represented Scotland in the under 12 category at the Quadrangular International Chess Tournament in Liverpool, reported Glasgow Live.

He secured 4 draws and 2 wins against some of the best players across world, with some of his games lasting for more than 3.5 hours.

“I am pleased that I am the youngest person in the UK to complete the mental maths programme,” Mittal was quoted as saying by Glasgow Live.

“I have enjoyed it all. The teachers are very nice and friendly and help you a lot, and I’m sure that learning Abacus Mental Maths has also helped me improve my abilities as a chess player.”

According to reports, Abacus mental maths covers not only the maths concepts but the wider arithmetic operations of mathematics as well.

These include mathematical operations including addition, subtraction, multiplication, division, percentage, fractions, and square roots. It also has decoding techniques like BODMAS.

There are 11 levels in abacus mental math, and each lasts for three months. The programme, created in the UK and is thought to be appropriate for the school curriculum, places students under the guidance of a licenced instructor throughout the whole learning process.

His father Sachin Mittal revealed that Mittal started playing with numbers and loved them at a very younger age.

“He can calculate large sums rapidly in his head without the use of a calculator and this has greatly helped his ability to learn more about numbers and develop his analytical thinking skills,” he was quoted as saying by media outlets.

“We are very grateful to Dr Rashmi Mantri and her colleagues at BYITC for providing this brilliant opportunity for Advik to advance his knowledge and understanding of numbers. I have no doubt at all that it has helped him achieve success also in chess.”

Three age groups—under 12,14 and 16, each including teams from Scotland, Ireland, Wales, and England, make up the Liverpool Quadrangular competition which will take place in Liverpool College on December 10 and 11.

BYITC’s founder Dr Rashmi Mantri said that a competitive element has been introduced in the programme in order to help students to improve their analytical skills in a more dynamic way as working on arithmetic problems alone can be monotonous.

“We have been delighted by Advik’s progress throughout the programme and anticipate that he will now go onto further explore his love of numbers by developing yet more sophisticated mathematical skills,” Dr Mantri said.

Mittal made his international debut in chess when he represented Scotland in the World Cadets Chess Championships in Batumi, Georgia earlier this year which saw participation of 800 youngsters from over 70 countries.