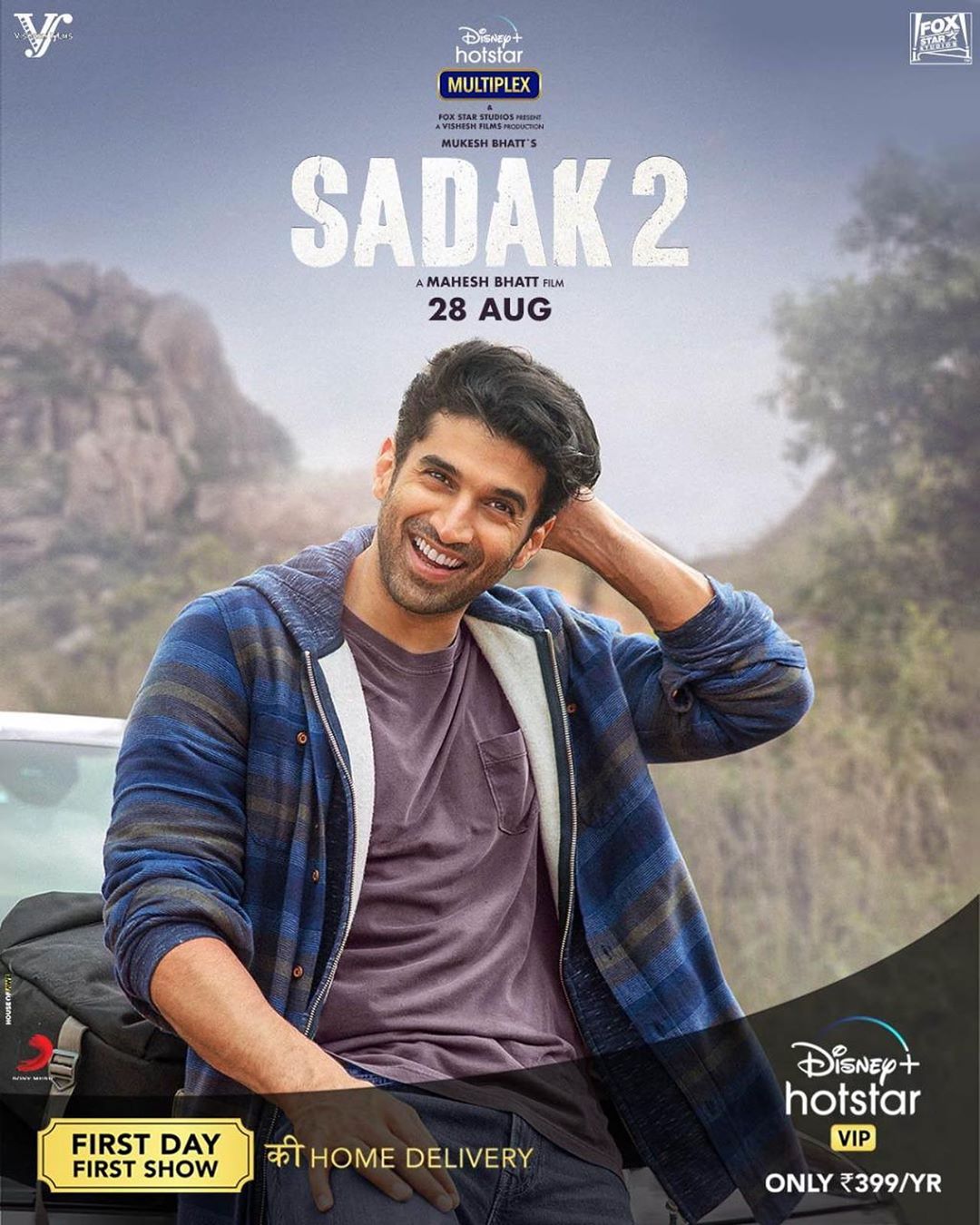 On 6th August, the makers of Sadak 2 dropped the release date of the hugely anticipated film along with its first official poster which set the internet on fire in absolutely no time. Grabbing all attention, the film’s male lead Aditya Roy Kapur took to his Instagram handle on Monday and shared the brand-new poster from Sadak 2. In the poster, the handsome actor is seen standing against a car, flashing his million-dollar smile.

Last seen in Malang (2020), which turned out to be a massive money-spinner at the box-office and trended on top upon its premiere on Netflix, Aditya is quite psyched up about his forthcoming release, Sadak 2, which is a sequel to the 1991 musical hit Sadak.

Scheduled to release digitally on Disney+ Hotstar on August 28, Sadak 2 will present Roy Kapur in a unique role which will leave his fans surprised. The film also stars Alia Bhatt, Pooja Bhatt and Sanjay Dutt in principal roles. It reunites the actor with Alia and Sanjay after their 2019 release Kalank.

After the release of Sadak 2, Aditya will be seen in Anurag Basu’s anthology drama Ludo. According to sources, he will also feature in yet another big action franchise film wherein his fans will witness him doing action like never before.

Do not forget to catch Sadak 2 on 28th August on Disney+ Hotstar.