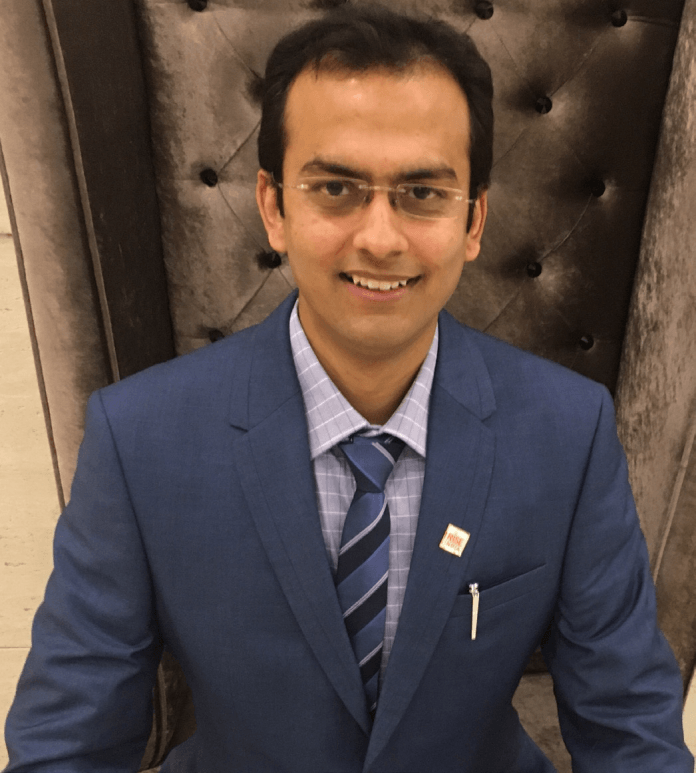 The biggest heroes of meaningful movies screened at film festivals are not the lead cast, but producers who put their faith in what is considered a non-commercial subject and deliver a work of art.

Mumbai-based financial advisor Adesh Gupta put his faith into India-set drama Vardaniya (Beti Ek Vardaan). The film tells the story of a spirited young girl rejected by her family, who overcomes hardships including extreme poverty to fight back against society.

Eastern Eye caught up with Adesh to find out more about the small gem-of-a-movie he helped create.

What first connected you to cinema?
My parents introduced me to films and would take me to watch Hindi movies almost every month in the days of the single screen theatres. It was a different experience. I connected to all types of cinematic genres.

Is there one movie that made a big impact on you growing up?
12 Angry Men starring Henry Fonda was completely driven by performances. It drew on so many social and human aspects of the time. The movie is relevant today as it was then. It told me that a good story would always be impactful.

Your movie Vardaniya (Beti Ek Vardaan) has its premiere at the UK Asian Film Festival on March 31; tell us about it?
Vardaniya is a film about the journey of a girl through the social expectation to find her own way, and the journey of those around towards changing their attitude and beliefs. It is about breaking taboos and changing the perception of society towards a girl, or a woman and her problems.

Tell us, what was the biggest challenge you faced with this film?
Anytime you speak, write or tell a story of womanhood in any society, there is someone who will turn their face away. Menstruation is a hygienic yet awkward topic in the cultural set-up of this world, which is called by many pseudo names, even in western culture like ‘that time of the month’ and many others. So to get that awkwardness out and to tackle the subject from the point of view of a schoolgirl was very challenging.

Who are you hoping connects with the movie?
Everyone, this is not a movie for just the young, only girls or only India. Every man, woman, teenager and society are participants in this movie. Anyone who has a sister, wife or mother can connect with this movie.

What kind of films do you love watching?
I love watching Indian cinema. Everything from Hindi films to Marathi cinema. It is a powerful medium and an entertaining one as well.

Tell us, who is your cinematic hero?
Growing up, I really liked watching Amitabh Bachchan. Later on, I enjoyed the movies of Salman Khan and Akshay Kumar. Akshay has carved a niche for himself and Padman is one such example of it.

What can we expect next?
We’re working on another issue and content-based film. We’ll reveal the details in the next couple of months.

Why do you love cinema?
Cinema is the journey from the esoteric to the real, from the impossible to the possible and like all other art forms, a brilliant medium to spread the real under the illusion of entertainment. Cinema transforms and transcends us.