2019 to end with a bang! Six interesting films to release in December 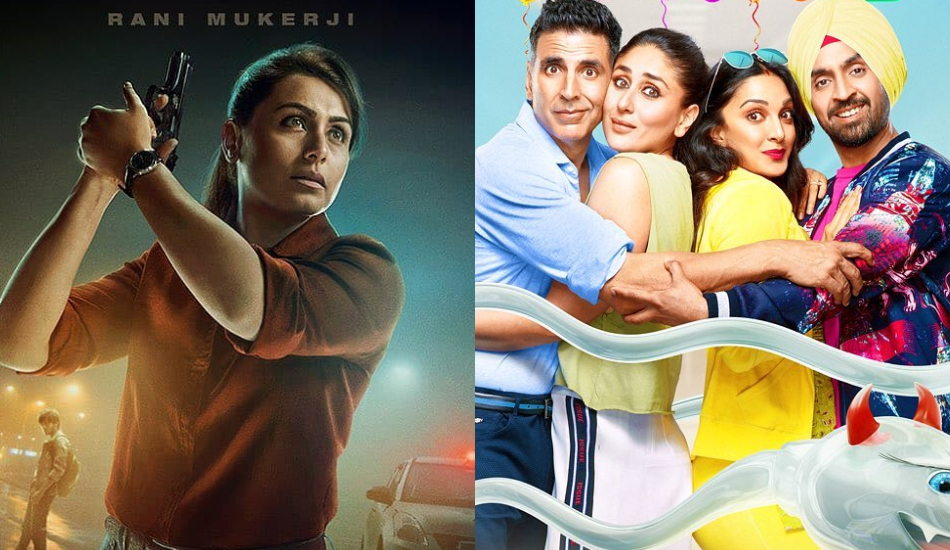 We started 2019 with an amazing film like Uri: The Surgical Strike. Later in January 2019, we had other interesting releases like Thackeray and Manikarnika: The Queen Of Jhansi. Well, 2019 has been quite a decent year for Bollywood.

While the year started with a bang for Bollywood, it will also end with a bang. In December, we have not one or two, but six interesting films hitting the screens. Here’s the list of the movies…

After Sanjay Leela Bhansali, if there’s one director who can make a good period film is Ashutosh Gowariker. The director’s next film Panipat based on the Third Battle Of Panipat is slated to hit the screens on 6th December 2019. The movie stars Arjun Kapoor, Kriti Sanon and Sanjay Dutt in the lead roles. The trailer and the songs have created a decent pre-release buzz.

Remakes have been doing quite well at the box office and in December we will get to see the remake of 1978 release Pati Patni Aur Woh. Starring Kartik Aaryan, Bhumi Pednekar, and Ananya Panday, the movie is directed by Mudassar Aziz and the trailer is quite hilarious. The songs too have received a great response. It will be interesting to see if the film will be better than the original one.

After impressing us with her fantastic performance in Hichki last year, Rani Mukerji will be back on the big screen as Shivani Shivaji Roy in Mardaani 2. The movie talks about juvenile rape crimes that happen in India. The trailer is very intriguing and we are sure Rani will once again nail it as Shivani Shivaji Roy.

Emraan Hashmi was last seen on the big screen in Why Cheat India which was a dud at the box office. The actor’s next release is The Body, a suspense-thriller which also stars Rishi Kapoor. Well, Emraan desperately needs a hit as from the past few years, he has been starring in back-to-back flops. While the trailer of The Body is interesting, the buzz about the film is quite low.

After seven years, fans of Salman Khan will get to see the actor on the big screen as Chulbul Pandey in Dabangg 3. The trailer and the songs have been getting a good response and the film clearly looks for masses. With Salman and Sonakshi in the lead, and Prabhudheva directing the movie, we surely have high expectations from Dabangg 3.

Akshay Kumar is currently in the best phase of his career. This year he has given three back-to-back blockbusters and it looks like he is ready for the fourth blockbuster of the year. Good Newwz starring Akshay Kumar, Kareena Kapoor Khan, Kiara Advani, and Diljit Dosanjh is slated to release on 27th December 2019. After watching the trailer and the songs, we can say that it will be a big hit.