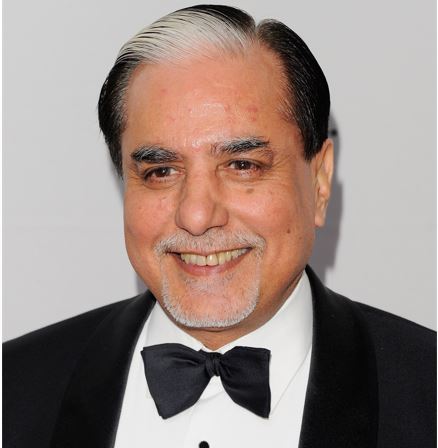 MORE THAN two decades after a fight with Rupert Murdoch, Indian media tycoon Subhash Chandra has picked up another corporate battle for ‘millions of viewers’, according to a report in Bloomberg.

Chandra and his supporters are now fighting Atlanta-based Invesco Developing Markets Fund, Zee’s biggest shareholder with an 18 per cent stake, as it plans to remove his son Punit Goenka as its CEO, overhaul the board and get a new owner.

His family’s stake in Zee Entertainment is down to less than 4 per cent after he pledged shares to pare debt owed by his wider conglomerate Essel Group.

According to Bloomberg, Chandra,70, is now looking for ways to raise his family’s shareholding.

“I will fight back not for financial gains, but for the satisfaction that I am honest with millions of Zee viewers,” Chandra said in a recent interview.

Currently, Zee commands 17 per cent of the Indian media and entertainment market, reaching more than 600 million people. Its own streaming platform is a leader among local players with almost 73 million monthly active users.

India’s entertainment market will grow almost 30 per cent to $29 billion by 2023, Ernst & Young estimates. That gives local players like Zee a newfound appeal, the report added.

The market value of Zee has halved to about $4 billion from its 2018 peak, bogged down by debt raising at the group level and share pledging by the founders.

Chandra recently alleged that the US fund has a “certain larger design” to take over the empire he founded. Invesco has stuck to its demand for a shareholder meeting to fire Chandra’s son from the board and as CEO, saying the company’s founders were enriching themselves at the expense of ordinary shareholders.

Zee has asked a court in Mumbai to block Invesco’s call for the shareholder meeting.

After Invesco’s attempt to facilitate a buyout of Zee in March by Reliance Industries, fell through, it sought the ouster of Goenka.

Chandra countered by announcing on September 22 that Zee has entered friendly merger talks with Sony Group Corp., which has been scouting for Indian assets for some time.

The terms of the non-binding Sony deal, with a 90-day exclusive period, allow Chandra’s family to raise its stake to 20 per cent. Zee has said a merger with Sony is the best deal on the table, but it is open to offers from other bidders, the Bloomberg report further said.

According to analysts, Zee will need the approval of 75 per cent of its shareholders for the merger to go through.

A successful deal would more than double Sony’s market share in India to about 25 per cent. Reports also suggest that Reliance can theoretically return to the race if Invesco manages to revamp Zee’s board which then seeks fresh merger proposals.

Two decades ago, Chandra had the upper hand in the fight with Murdoch. The venture was doing well partly because of the Hindi soap operas and Bollywood content Zee brought to the table.