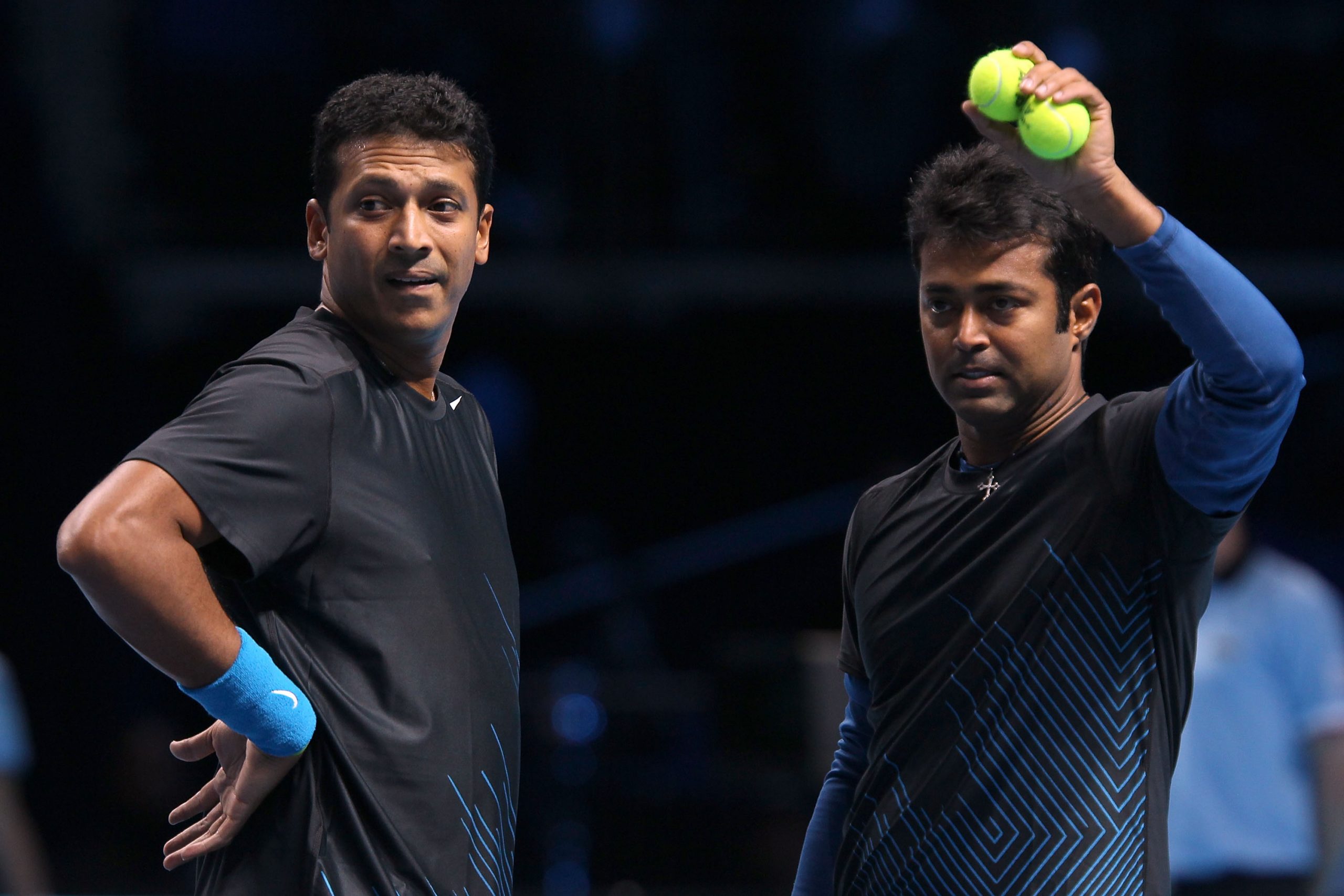 Many years ago, Leander Paes acted on a whim when he asked Mahesh Bhupathi, “Would you like to win Wimbledon?” And the tennis star says what followed was a partnership that brought many trophies for India.

This “brotherhood” between the two Indian tennis icons, who were the first doubles team from the country to win at Wimbledon in 1999, is what the two tennis legends have revisited through ZEE5’s non-fiction series Break Point.

Paes said the audience will get to see a faithful representation of their journey through the series, directed by filmmaker couple Nitesh Tiwari and Ashwiny Iyer Tiwari.

“We created a brotherhood. And through Break Point, you get to see the journey of two young Indian boys and how we conquered the world of tennis, won Wimbledon and became number one in the world,” Paes said.

Once the poster boys for the sport in the country, nicknamed the “Indian Express”, Paes and Bhupathi played together from 1994 to 2006 and reunited for their second stint from 2008 to 2011.

Besides the Wimbledon championship that they won in 1999, Paes and Bhupathi also won two French Open titles in 1999 and 2001.

Through Break Point, Paes said he re-lived all the games that he and Bhupathi played together including the several Grand Slams and the Olympics, while also taking note of the ups and downs of their relationship, among other things.

“One of my favourite memories is when I was 16-year-old playing in Sri Lanka, and Mahesh was 15, playing at the same Asian championships. So when I saw him, I had an intuition that we could win Wimbledon together and we could be number one in the world.

“So I watched him play for about 15 minutes and when he came off the court he had a big smile on his face and I shook his hand. I said, ‘I am Leander.’ and he said, ‘I know and I have been following you’. And then I said, ‘Thank you, but would you like to win Wimbledon?’” Paes said.

He recalled that Bhupathi was taken aback by what he said and started laughing.

“He said, ‘You’re crazy.’ I said, ‘I am crazy. Would you like to win Wimbledon?’ And the rest is history,” added Paes, who as a singles player had famously won the bronze medal in tennis at the 1996 Atlanta Olympics.

What Paes respects a lot about Bhupathi is that he believed in his dreams and worked hard for them.

“I think that what we’ve achieved together has created some world records as we are unbeaten in the Davis Cup in 24 matches, we played so many Olympics together.

“We’ve been number one in the world together. So I really respect the hard work that you put into believing in that dream.” Their partnership, however, was marred by a public fallout in 2012 ahead of the London Olympics but Paes said they have put that past behind them and moved on in their lives.

He described the show as quite “real” and “raw”.

“We are very true to telling the story of how we were pioneers at the time because there was no manual to teach us how to be the best in the world.

“And it also shows our mistakes, the downfalls that we had, the things that possibly we did wrong that we could have done better.” Personally, for him, his win at Atlanta Olympics is a moment closer to his heart as it seemed like emulating his Olympian father Vece Paes.

The tennis star felt that one of the key reasons why they chose to narrate their own story through “Break Point” is that they wanted to share a true story.

“One of the reasons we didn’t choose actors and told it directly from our own mouths and our own stories…and also we got our parents, siblings, friends and opponents that we played against, like the Bryan twins, the Woodies, Martina Hingis, Radek Stepanek, Mark Knowles.

“I’m really appreciative of all of them coming and taking part in ‘Break Point’,” he said.

Praising Ashwiny Iyer Tiwari and Nitesh Tiwari, Paes said the directors have gone beyond the game and tapped into the human aspect.

“Through all the episodes, they take you through a journey of human emotions. They show you how champions are built, how Champions also make mistakes and that they are human also.

“They show you how winning Wimbledon on one day might make you the king of the world but the next day you are vulnerable too,” he added.

Paes is grateful to the director duo, writer Piyush Gupta and the streaming platform ZEE5 for giving them the platform to narrate their story in multiple languages.

“It’s been one phenomenal journey. We proved that if you work hard and if you believe in yourself, have the courage to believe in your dreams, you can be world champions, for sure.

“With this show, we can actually reach the masses to inspire them that if these two can win Wimbledon then you can also be a champion of the world in anything you want to.”

Break Point will stream on ZEE5 on October 1.